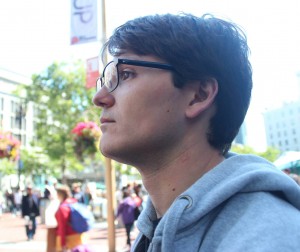 I post on Instagram at @theuser (personal), @pizzaday, @sushihour, @letsgettea, and @nombetter (cooking) as well as blog at WebPageless (life), Kor’kron 501st (WoW), and Polygons and Pixels (general gaming).

I’m a technical writer at Amazon Games. I’ve documented internal APIs and tools, IoT hardware, consumer electronics, and software. At Toshiba, I wrote and voiced support videos with over 3.5 million views, wrote support articles with over 13 million views, and managed social media. I installed rack servers for California DMVs and worked as a software engineer.

I have a B.S. in Computer Science and Engineering and minor in Classical Civilization from UC Irvine. I’m a member of the Tau Beta Pi engineering honor society.

I was a game journalist: I was published on WoW Insider (now part of Engadget), wrote for Game Boyz, and was a guest on the Twisted Nether Blogcast. I’ve attended E3, press parties by Bethesda and THQ, and press events at the Russian Consulate with Russian game publisher 1C.

In my downtime, I run m+ in WoW, watch comedies on Netflix, read sci-fi, and scroll aimless across the Web.

Email me at my first name @webpageless.net.