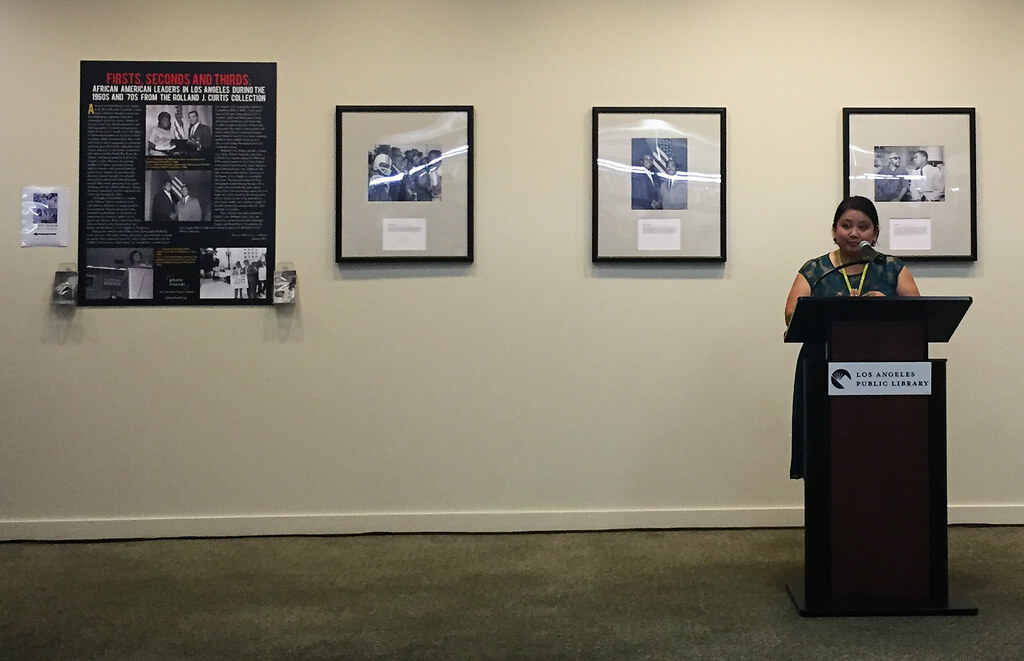 Last week was the opening reception of Firsts, Seconds and Thirds: African American Leaders in Los Angeles During the 1960s & 1970s. 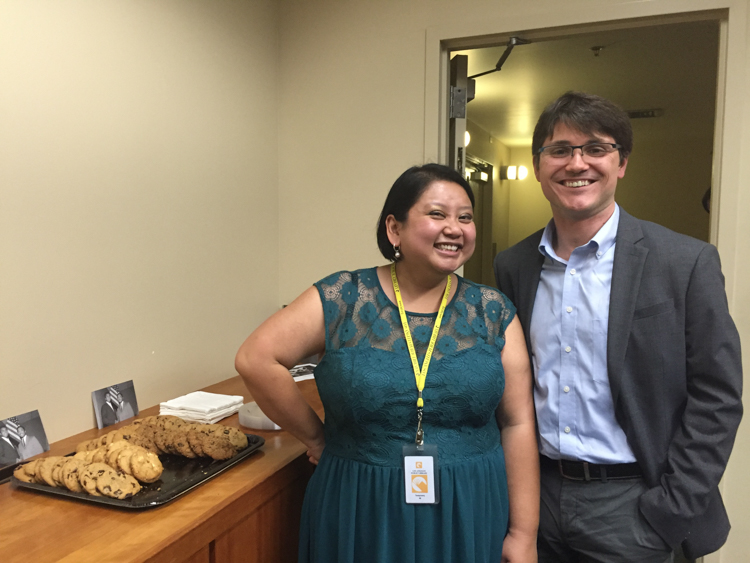 My friend Kristine has been working at the Los Angeles Public Library Central Branch Photo Collection Department as an archivist for the Rolland J. Curtis Photo Archive. Curtis was the Field Deputy to Billy G. Mills and Tom Bradley, who were two of the first three African-American councilman on the LA city council in the ’60s. Kristine sorted through thousands of photographs and was the curator. How cool is that? You can read more about her project on her blog, Film Is Memory. 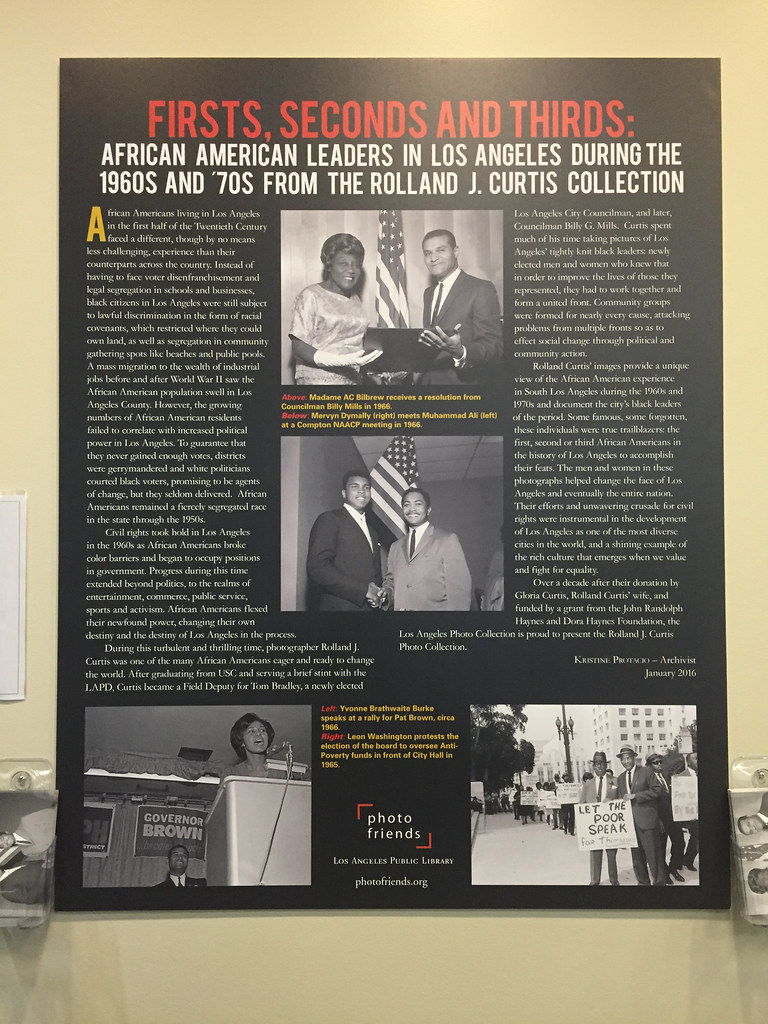 Look, her name’s on the poster! 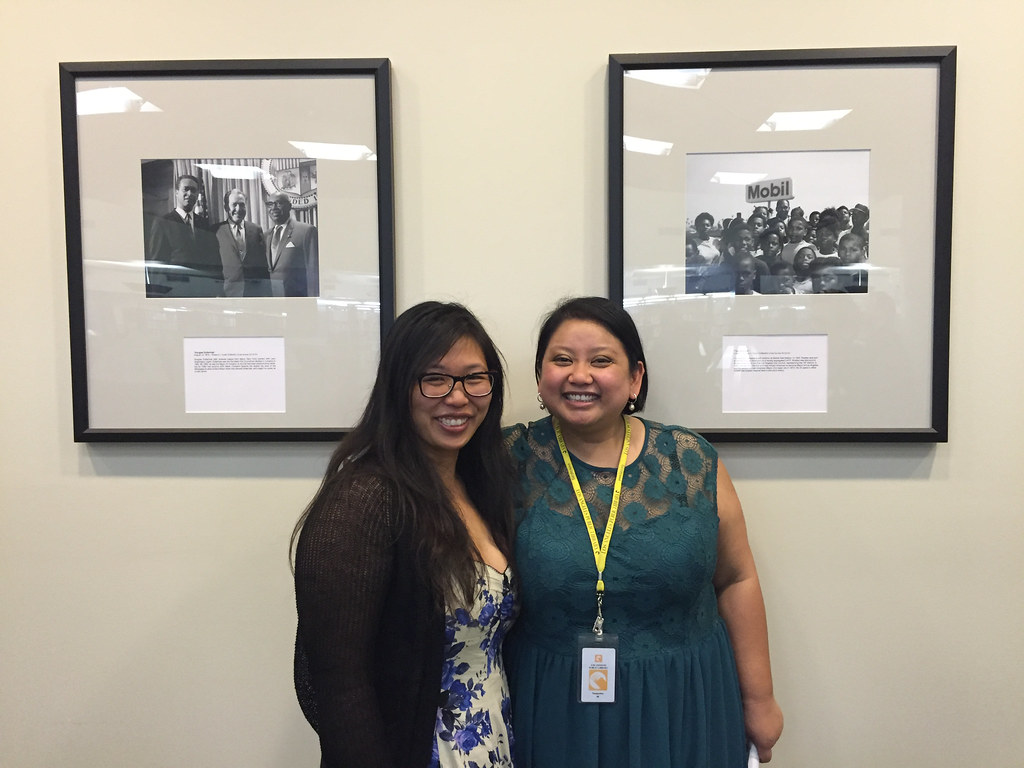 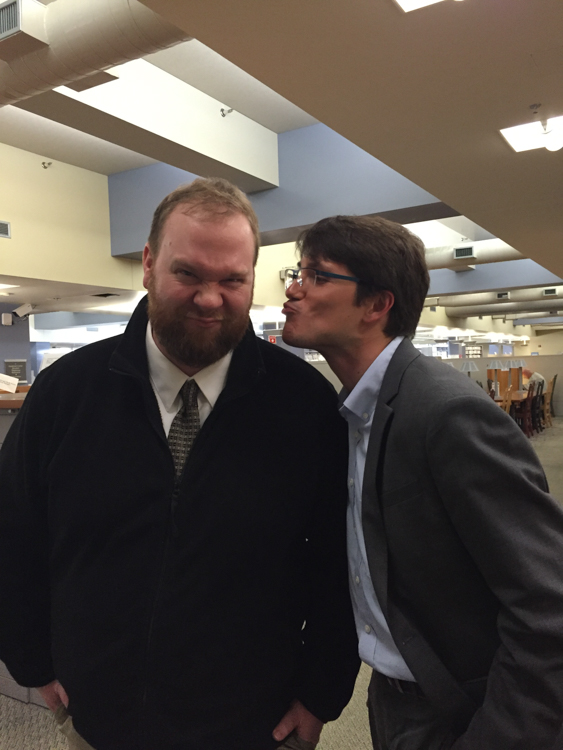 I had to show her fiancé, Justin, some love too. 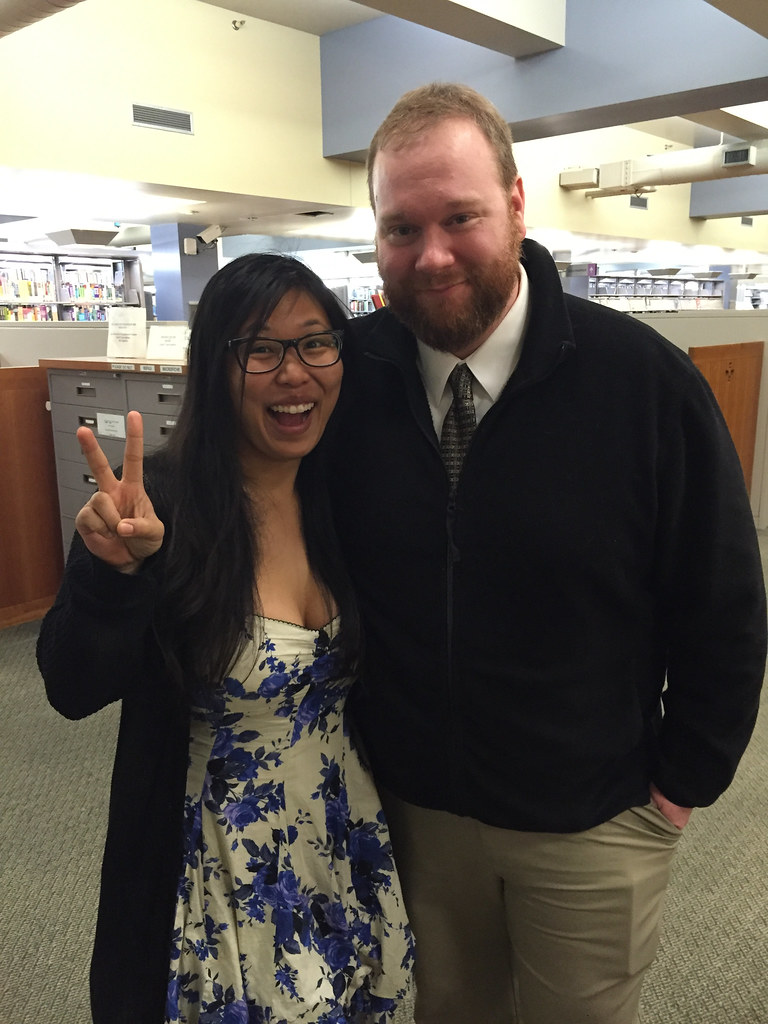 Here’s gem and Justin as well. 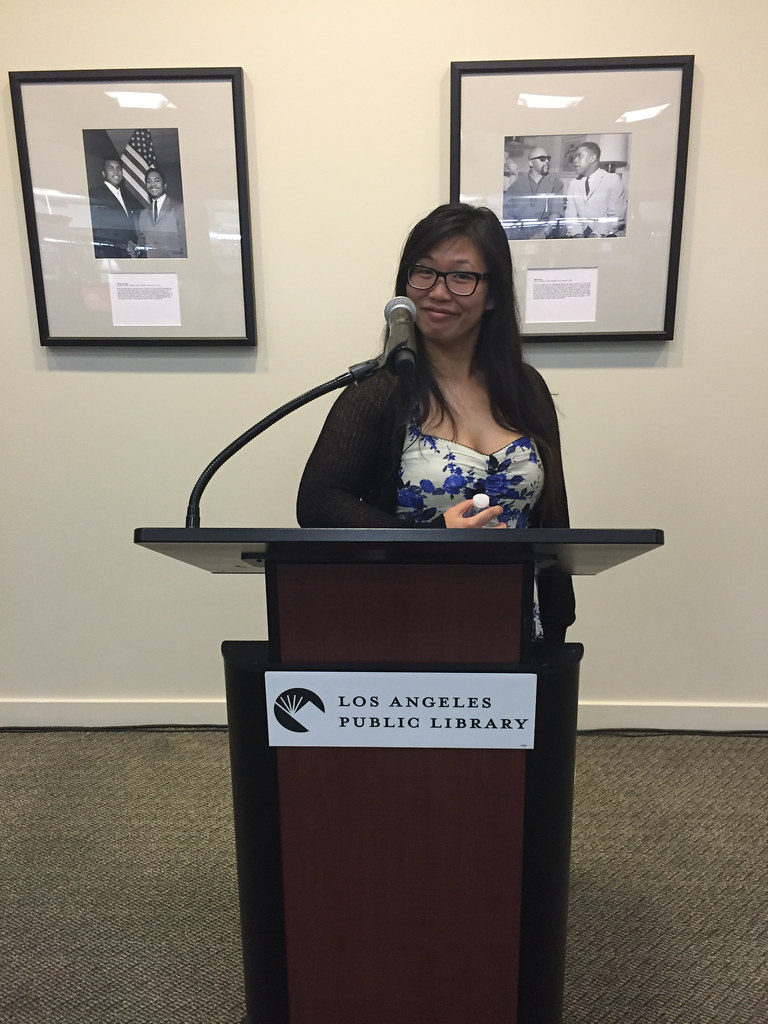 gem wanted to get a photo at the podium. She’s a thinker, that one. 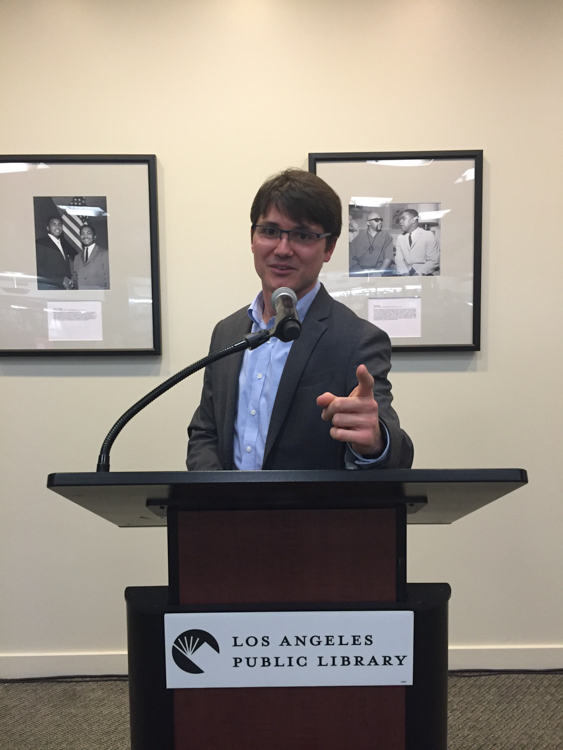 I didn’t realize the mic was hot, and when I chuckled, it amplified it. I don’t think anyone noticed luckily. 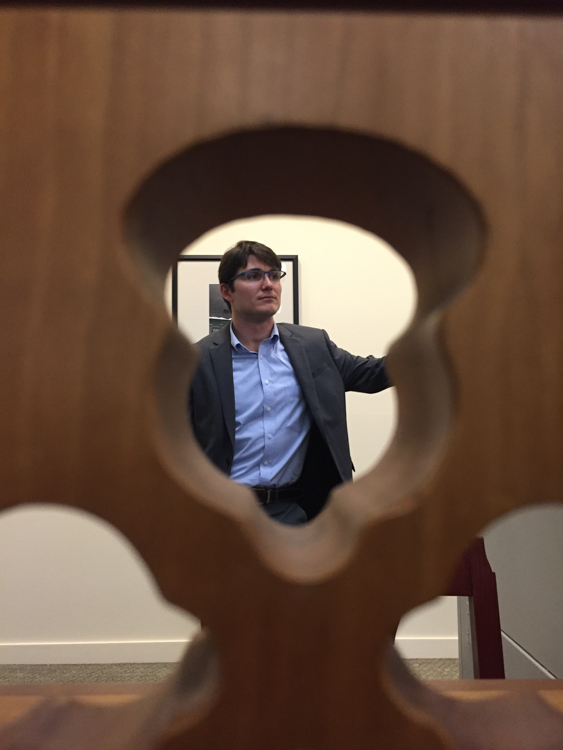 gem also took this of me through some furniture. 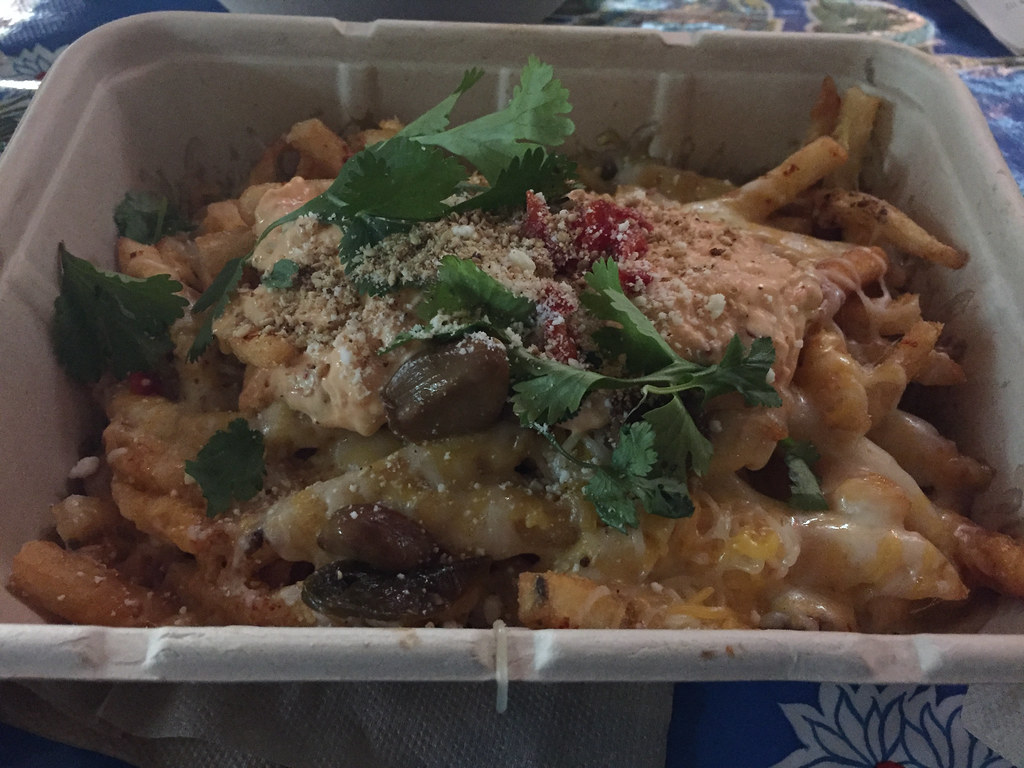 After the opening reception, during which I managed to stuff my face full of cookies and miniature cinnamon buns, we had some dinner at Chego, a Korean-Mexican fusion restaurant in LA. I got a tasty kimchi spam bowl. Rather than show you that, I’m going to show a low-quality photo of the “Ooey Gooey Fries” – very unhealthy, I’m sure. 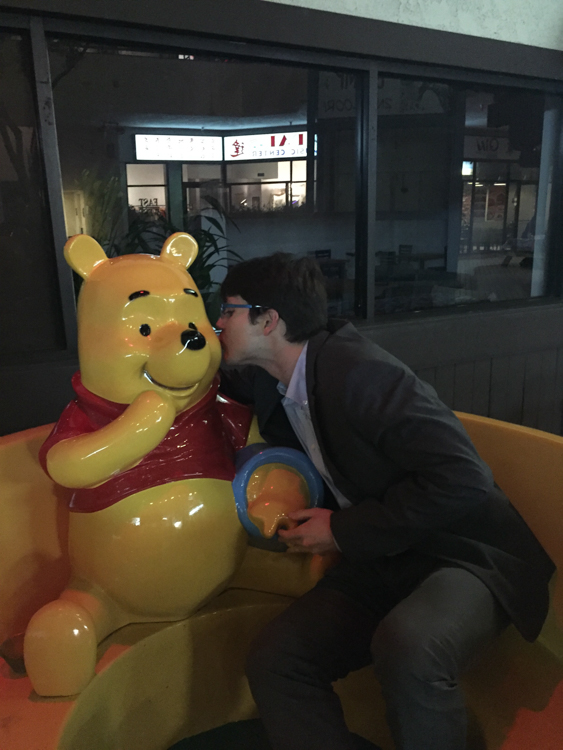 After dinner, we took some photos with Pooh and got some ice cream. Funny how my lips were inches away from Justin’s face in the photo I posted above, but when taking a photo with this disgusting public Pooh Bear, I accidentally touched my lips to him. Ugh. Pooh looks a bit bashful, don’t you think?