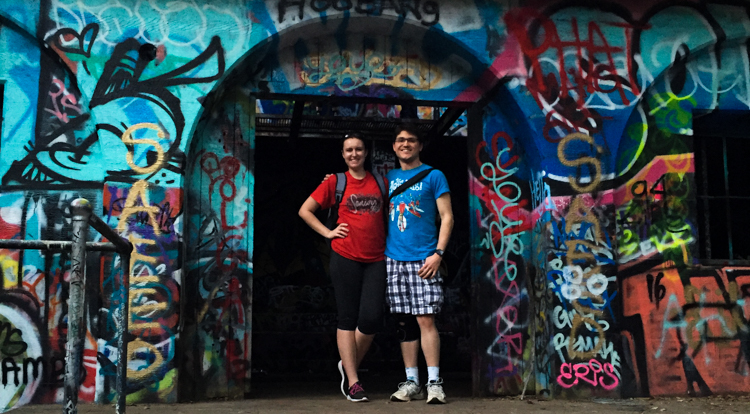 Murphy Ranch is a compound built by Nazi-sympathizers in Los Angeles. Local police seized the compound, and it’s currently owned by the city of Los Angeles. After hearing that it was going to be demolished (I’ve since learned that only parts of it were removed), Anela and I decided to pay it a visit. Thanks for taking our photo, kind stranger. 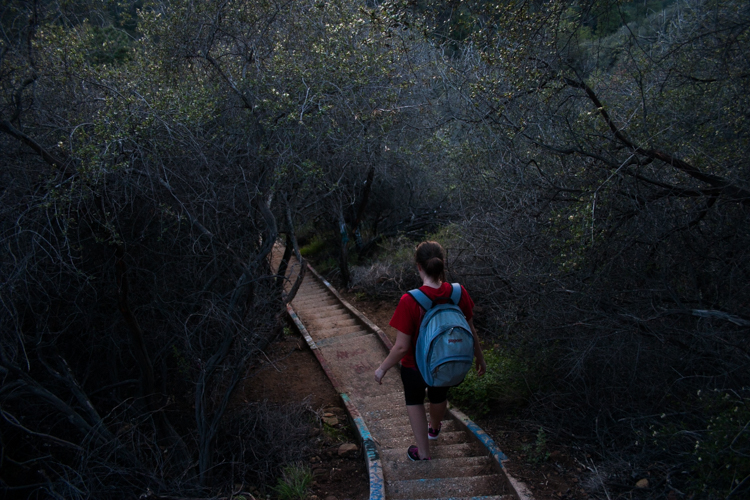 It was definitely a bit of a hike with a lot of stairs, but it was also very enjoyable. There were a number of people out to see it, and it was fun to run into the same people throughout the day. 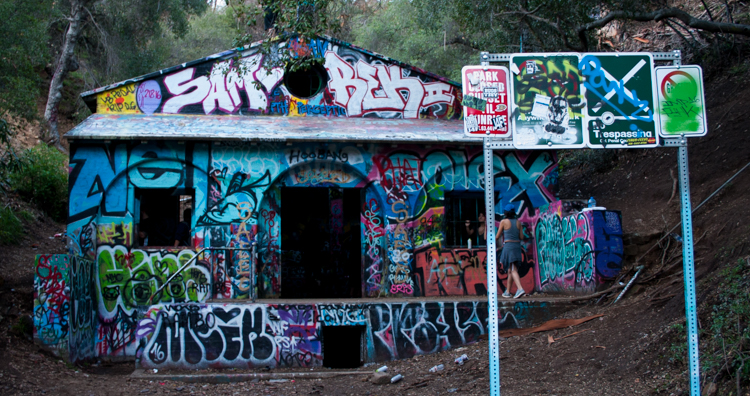 The building was completely covered in graffiti and very pretty. 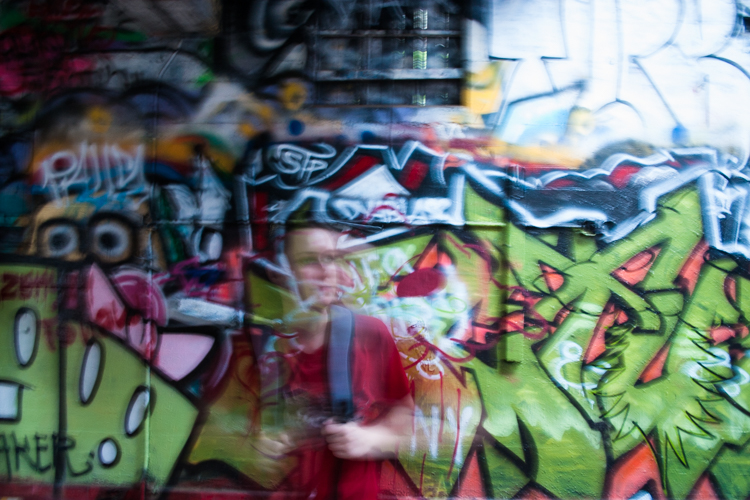 Kitty Pryde enters the building through the wall. Either that, or I embrace mistakes. 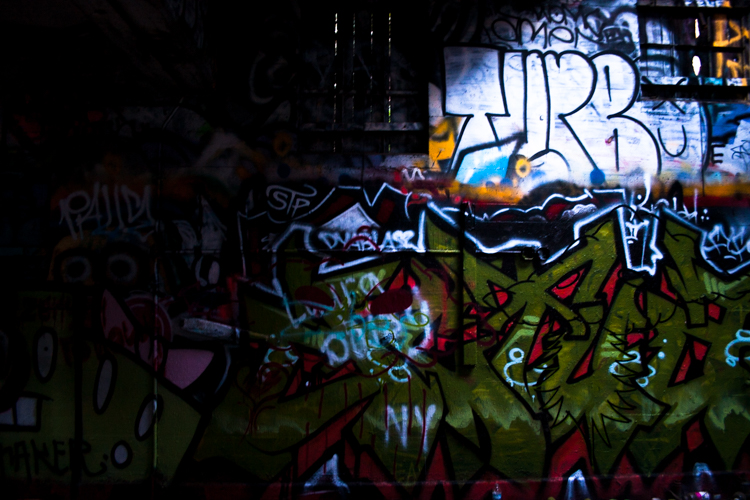 Here’s the wall without any X-men. There were a few people spray painting while we were there. I got a few photos as well, but I’d rather not post them. 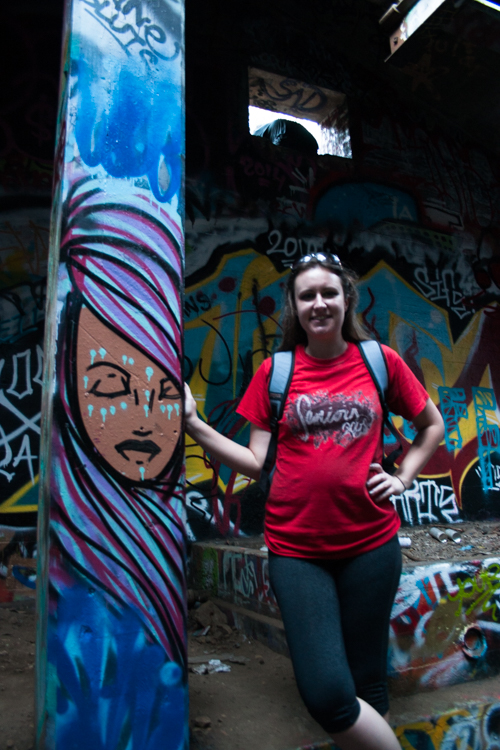 This was Anela’ favorite piece of art, which I find beautiful as well. She reminds me of tokidoki art. 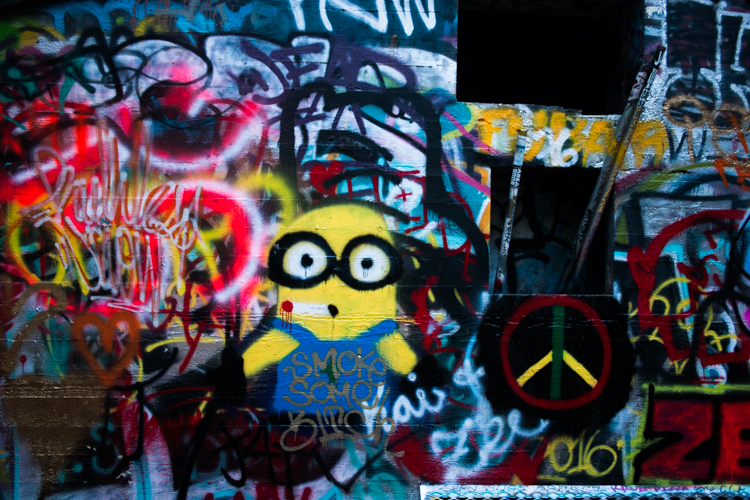 This was the back wall on the outside. I like the minion. 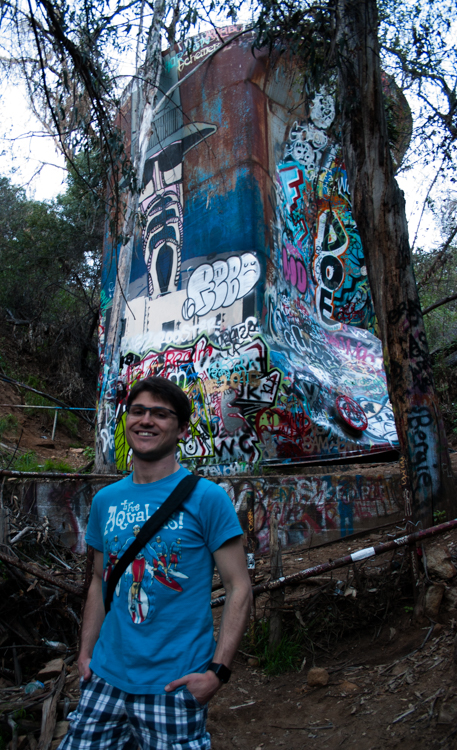 This was, I think, a water tower behind the building. Not quite as neat as the building itself. Photo credit to Anela! 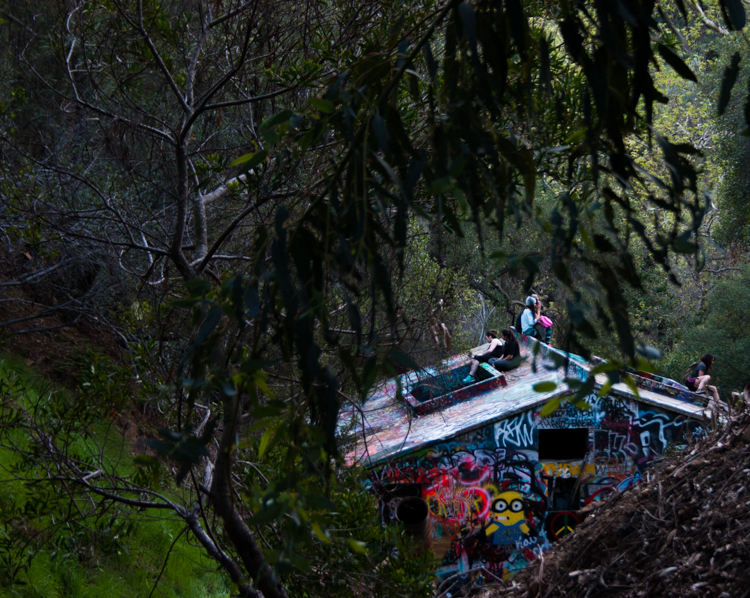 Here’s a look at the back side of the building as we returned from the water tower. 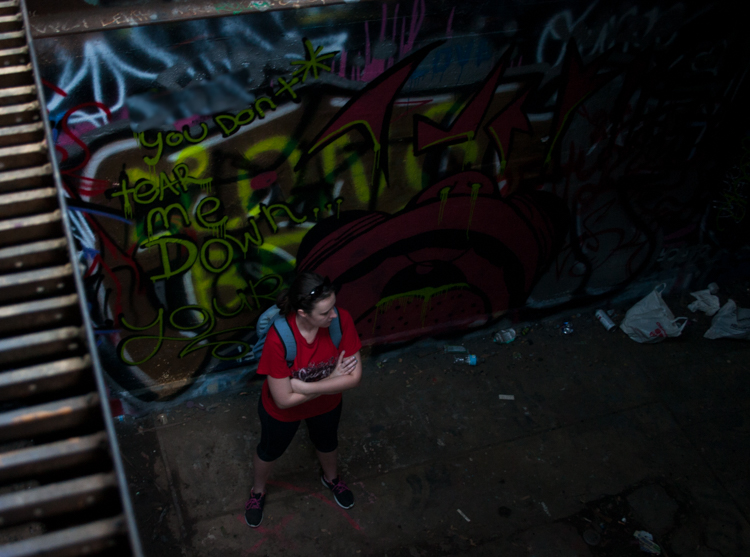 There was a ladder that went up to some catwalks that I used to take more photos. You could use it to access the roof as well, although I didn’t climb out there. I like this shot looking down at Anela. Yes, I removed a word from the wall. 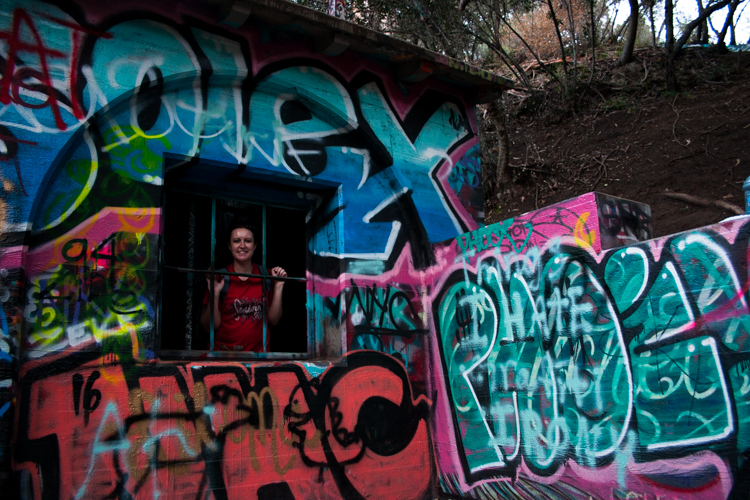 Why were there metal bars on the windows? I don’t really know. 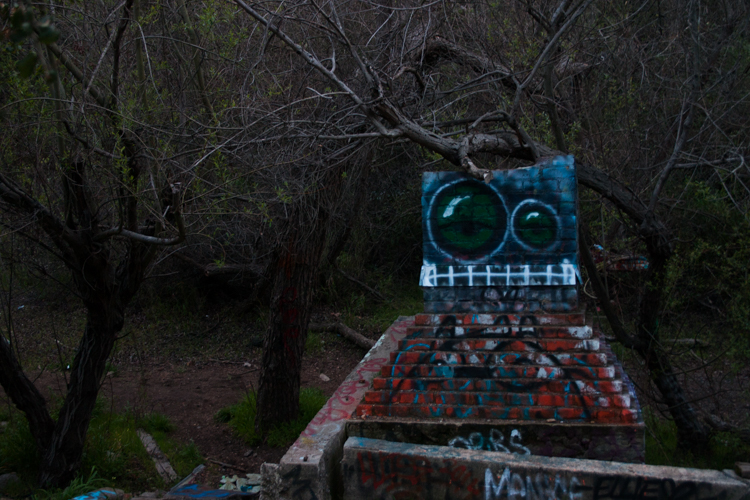 We saw this guy on the way to a second building. While I liked this, the building itself wasn’t anywhere near as cool as the first so I won’t bother posting any photos of it here.

More photos are in my Flickr album, but it doesn’t include any photos I didn’t take myself.

It was a really fun day. I should check it out again to see what’s changed!