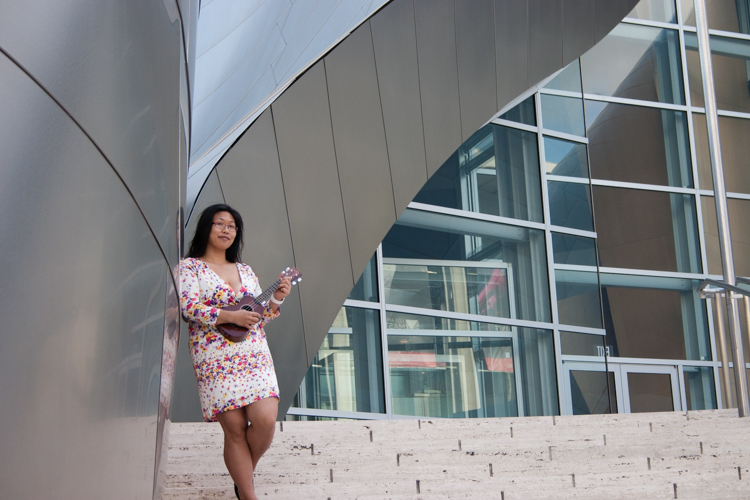 Walt Disney Concert Hall is a beautiful building in Downtown LA. I’ve never had the chance to go inside, but I have taken photos in front of it. Here’s gem with her ukulele! 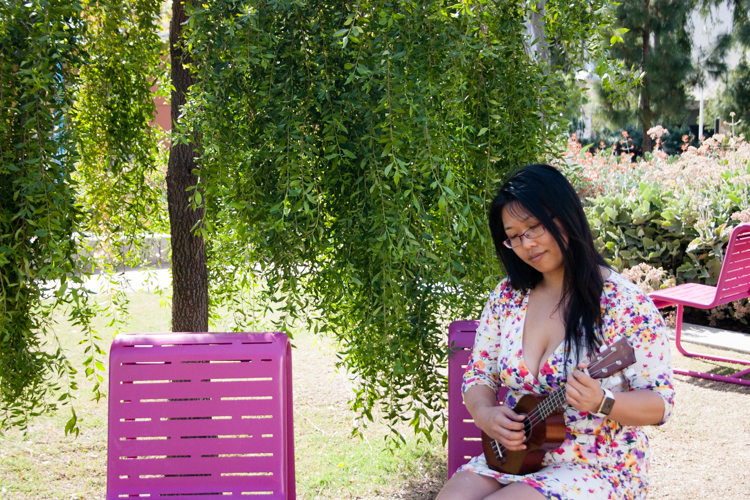 This was actually taken while we were lost. I don’t remember what park it was, but it was really pretty. 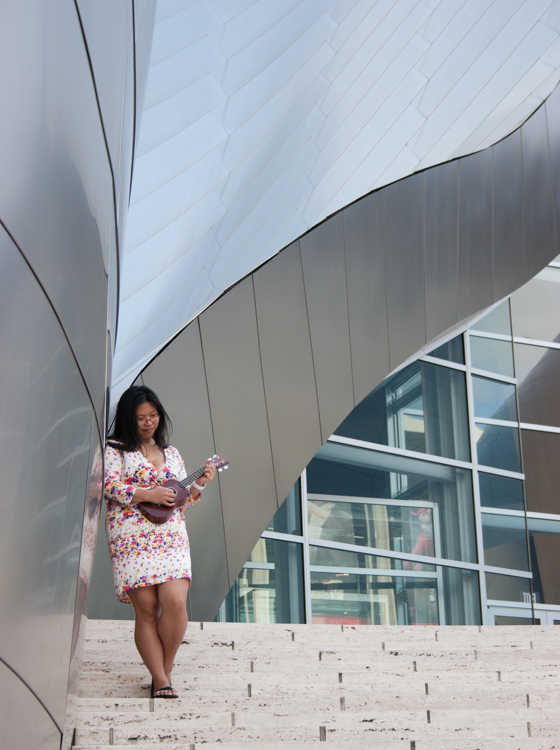 She looks like she’s enjoying that ukulele of hers. 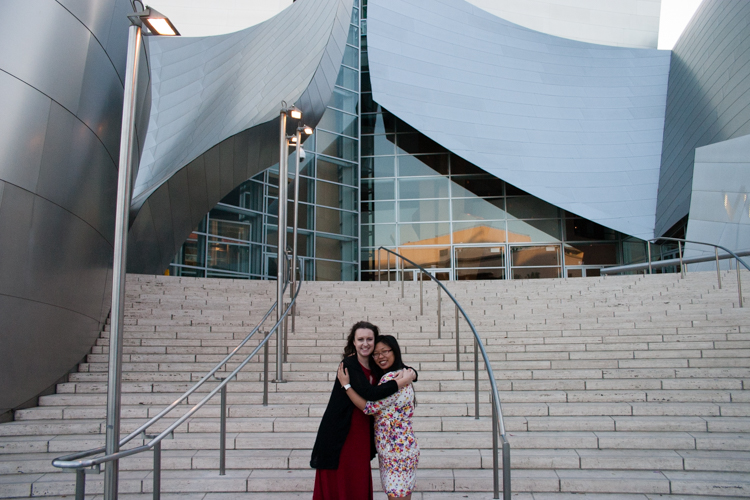 I think it was cold by this point, but don’t they look lovely anyways? 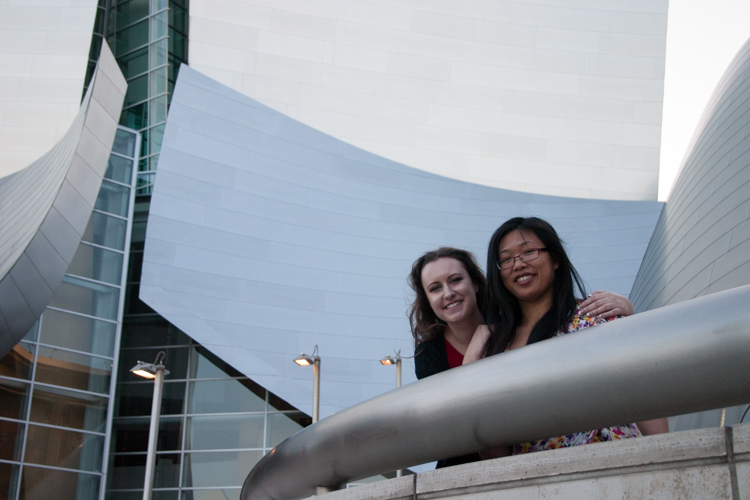 After this, we were done with the front of the building. 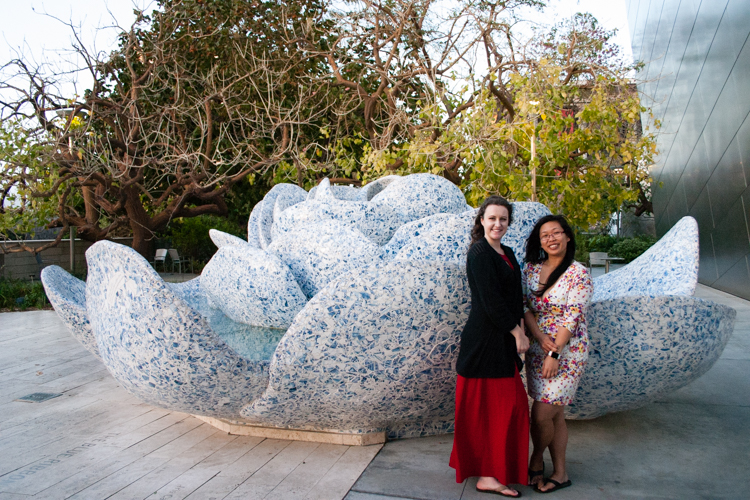 This is a rose fountain in a little garden above and behind the concert hall proper. It’s very beautiful! 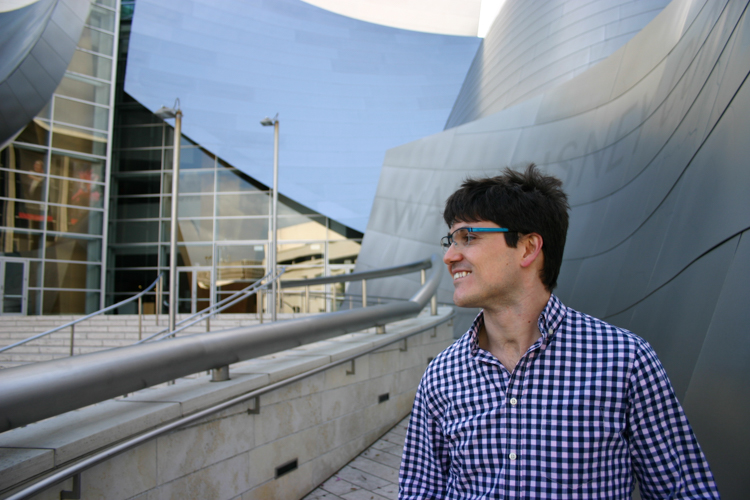 gem took a photo of me at the Concert Hall too. Thank you, gem!

We took some photos on the train tracks that same day. You’ll see them soon.