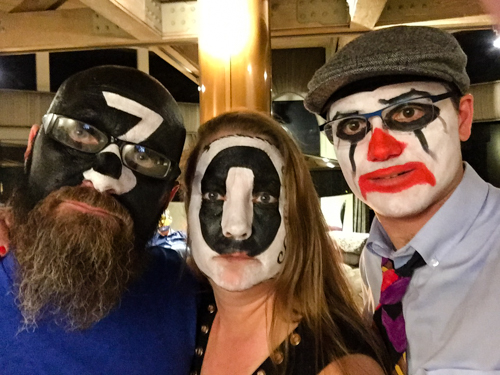 To celebrate their 30th wedding anniversary, Devin and Lorena threw the most amazing weekend party a couple months ago. It started with a face-painted bar crawl in San Clemente. I headed down after work and met Gracie and Jon at the hotel because I was sharing a room with them. I decided pretty early on that I was going to do clown face paint, and it was just coincidence that I had that colorful tie. 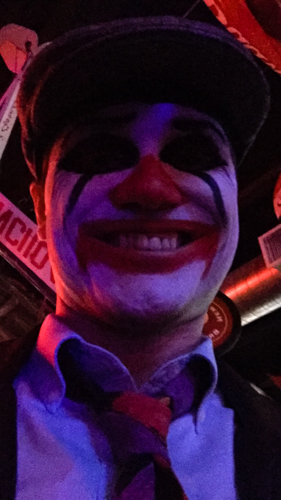 With the right lighting, it looked pretty creepy I think! 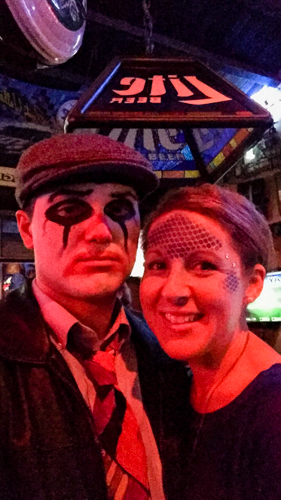 This is Darnell and me at one of the bars. It was hard not to smile for photos! 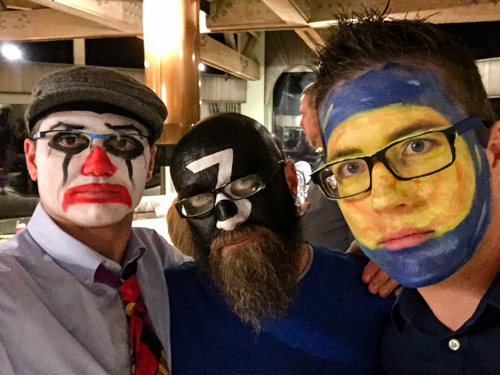 Here’s Devin and Alex. This was actually at the end of the night when we got back to the house Lorena and Devin were renting for the weekend. At the end of the bar crawl, we all met at the house for ice cream. They hired their favorite ice cream shop from Orange County to bring machines and come make ice cream at the house. I wish I could remember the flavors. I’m pretty sure one involved beets, which was tasty. They were all good, but I can’t remember them now. This is what I get for waiting too long to blog. 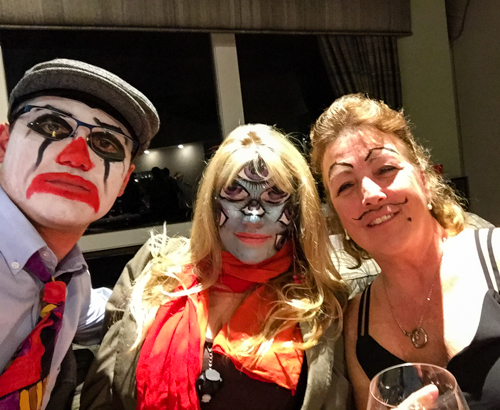 What I didn’t know was that throughout the night, Lorena and Devin were asking all the bartenders to vote for their favorite man’s face paint and favorite woman’s. It was actually the next night that they told us about it, but I’ll talk about it here. I won unanimously! That was a pretty pleasant surprise. I won a poker set with a plaque on the top the says “Devin & Lorena’s 30th anniversary 2016,” which was really cool. In the photo above, my friend Melissa is in the middle. She won the best woman’s face paint. Those eyes were crazy awesome. 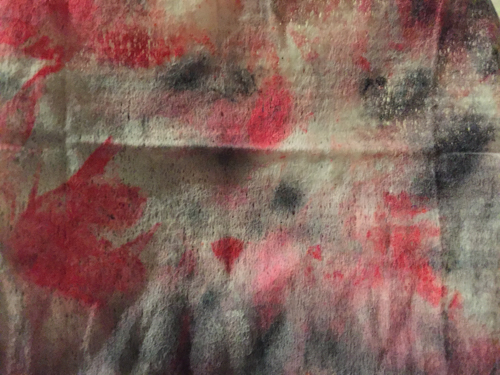 I thought I’d share what it looked like when I took off the face paint. It was pretty cool. 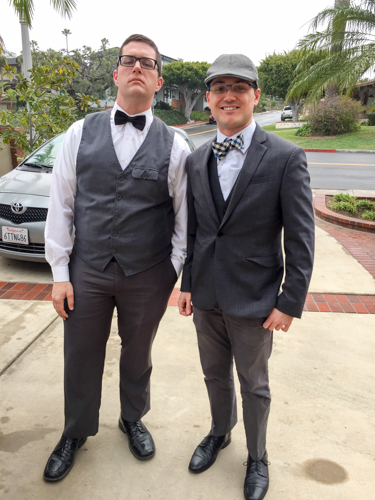 Saturday was a 1920’s speakeasy party in the evening. I spent the earlier part of the day eating and walking around San Clemente a bit. Come time for the party, I got to wear the bow tie that gem bought for me on vacation in New York! 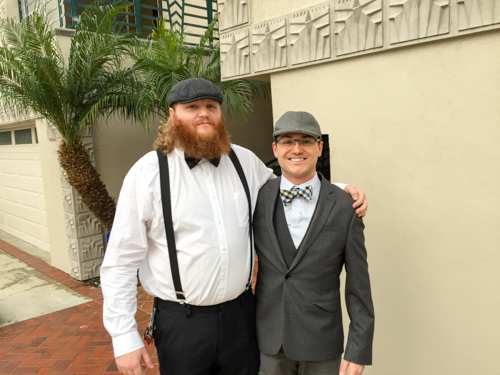 Here I am with Jon. This was when we first got to the house. The party was at the same house at which the bar crawl ended. 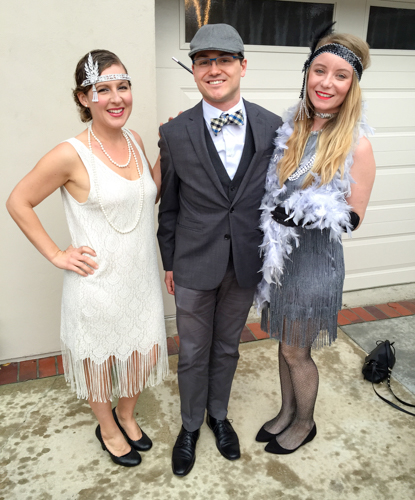 Darnell and Gracie look great! The party was really well done. We even had to use a password to get into the party. I think it’s safe to spill the beans now. “Devin’s a lucky bastard!” 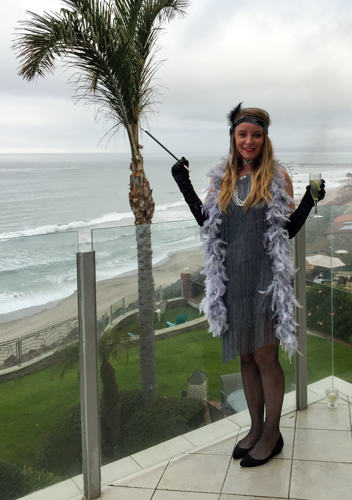 Gracie could fit in very well in that era. Maybe she’s a time-traveler. 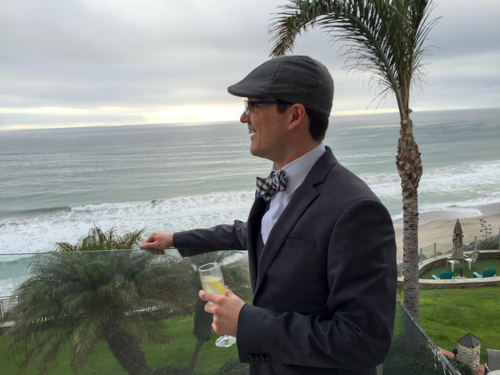 The food was absolutely amazing. Devin and Lorena hired one of their favorite chefs to come cook us so many delicious things. Every fifteen minutes or so a new course was prepared and carried around to us as we drank and talked. They were all really good, and they went out of their way to prepare vegetarian and vegan variations for the guests. 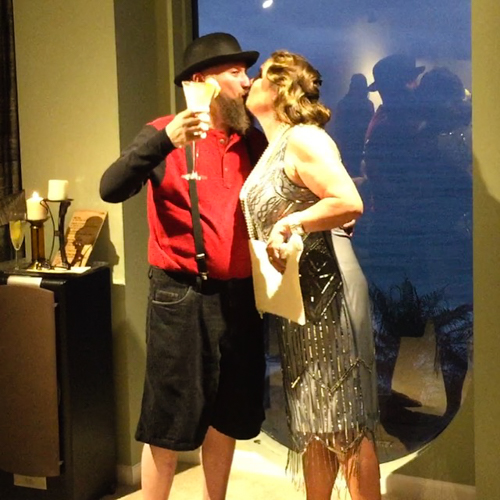 Devin and Lorena performed vow renewals in their spiffy duds. The vows were so perfectly them – amazingly loving and just a tad sexual and crude!

The guests were all fascinating, fun people who, luckily, were great conversationalists. I could sit next to anyone and find myself in an interesting discussion almost instantly. I suppose fun people know other fun people! 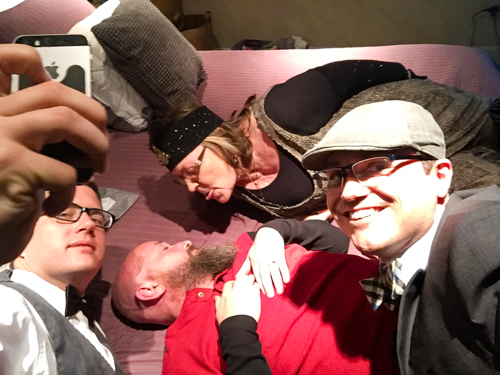 By the end of the night, it was time for Devin to take a little nap. Alex and I were the last to leave. We Uber’d back to our hotel where he was staying directly above me. Unfortunately, no one in his hotel room could hear him knocking at the door or calling, so he shared the pull-out couch with me in my room. 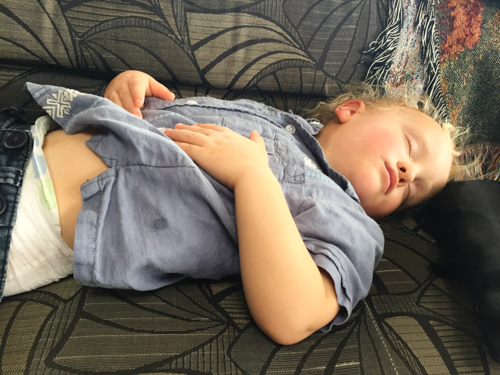 Here’s a little bonus. On Sunday, we had brunch at the house before heading home, which gave me a chance to see Henley. The little guy looks tuckered out. 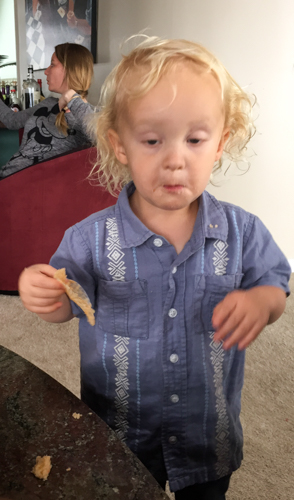 And this face is just hilarious.

No one throws a party like Lorena and Devin. It was an awesome weekend. I can only imagine what their 40th will be like!