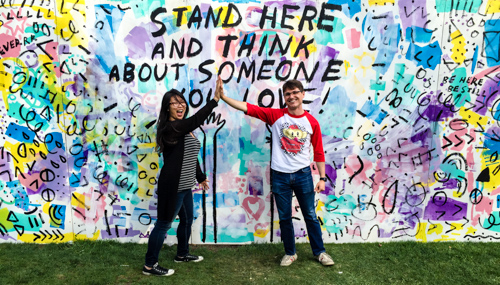 When Collin told me that he noticed Jon Klassen, an author and illustrator I really like, was going to be at the LA Times Festival of Books, I immediately told gem and made plans to attend. Among other works, Klassen authored and illustrated I Want My Hat Back and This Is Not My Hat. 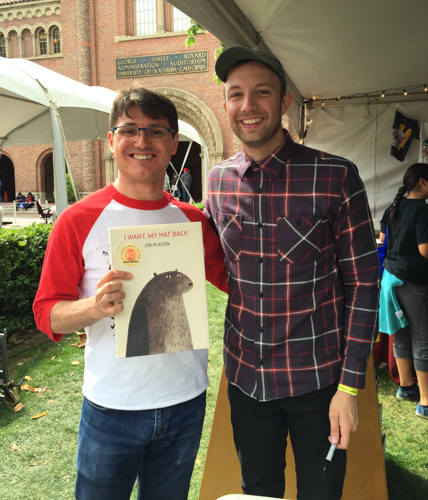 This weekend we headed up to USC to meet him. Klassen was really friendly, and we both enjoyed chatting with him. We showed him some Snapchat art gem made involving his characters and told him about the “I Want My Yoga Shirt Back” flyer gem put up at her yoga studio when she lost her shirt. He complimented her Snapchat art! 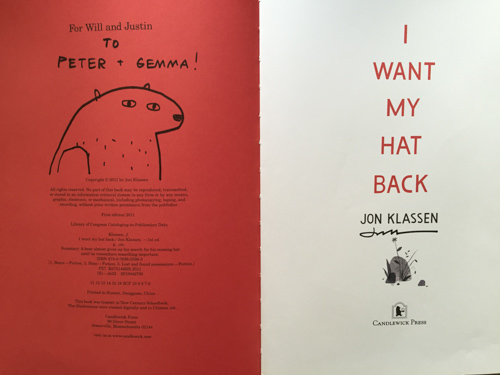 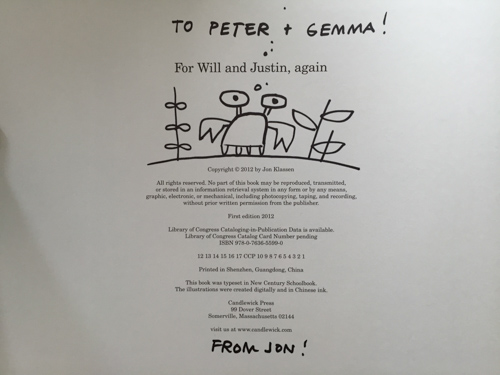 We even discussed how he hears his characters’ voices. Klassen said hears them all deadpan and imagines that if there were actors portraying his characters, they’d be the worst actors he could find. I love it! While they do all have different voices when I read the book, they’re all pretty deadpan too actually. I told him how I do voices and even made a puppet show. He asked me to send him a link to the performance!

It was a lot of fun. Besides meeting Jon Klassen, we also got to eat some Filipino food from a food truck and some Thai sweet sticky rice with mango. We played on some outdoor workout equipment and took plenty of photos and various little photo ops. There was even an archaeologist there answering kids’ questions. He had a dinosaur puppet with him that was half controlled by someone in a suit and half controlled by someone outside. The kids wanted to pet it – adorable! On our way out, we even ran into our friend, Katy!

Here’s my performance of I Want My Hat Back. It’s so embarrassing! I love this book so much, and it was a great pleasure getting to meet Jon Klassen!