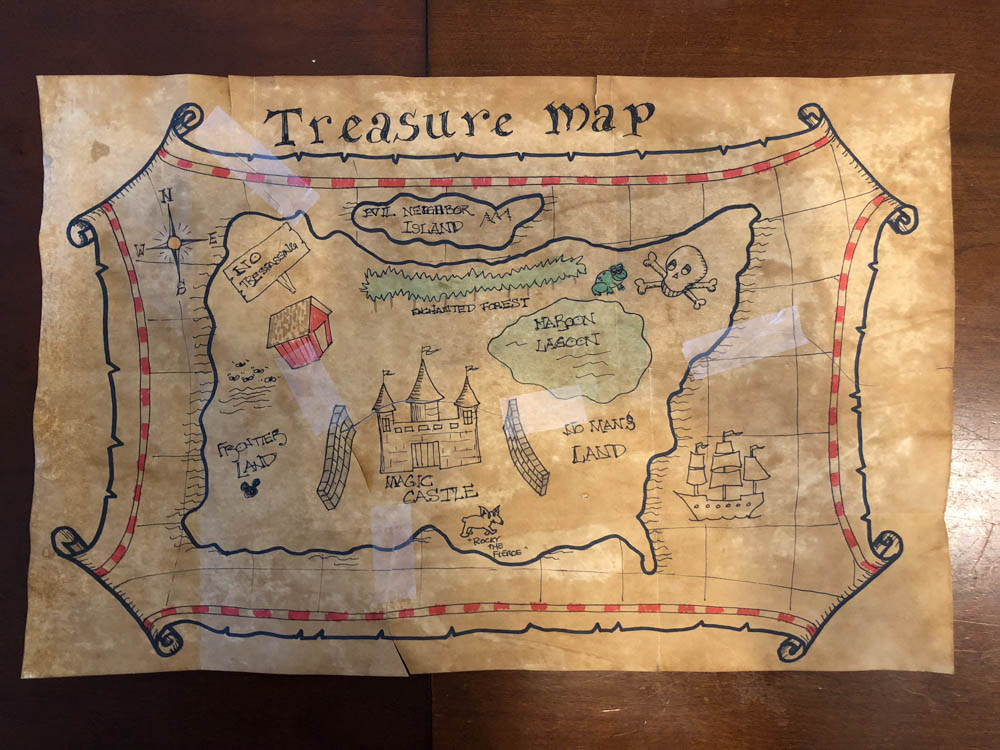 This Christmas my parents (I think mostly Pete) created a treasure hunt for the youngest generation – my brother, my two cousins, and me. It was super fun, and check out that awesome treasure map! I’m getting a little ahead of myself. 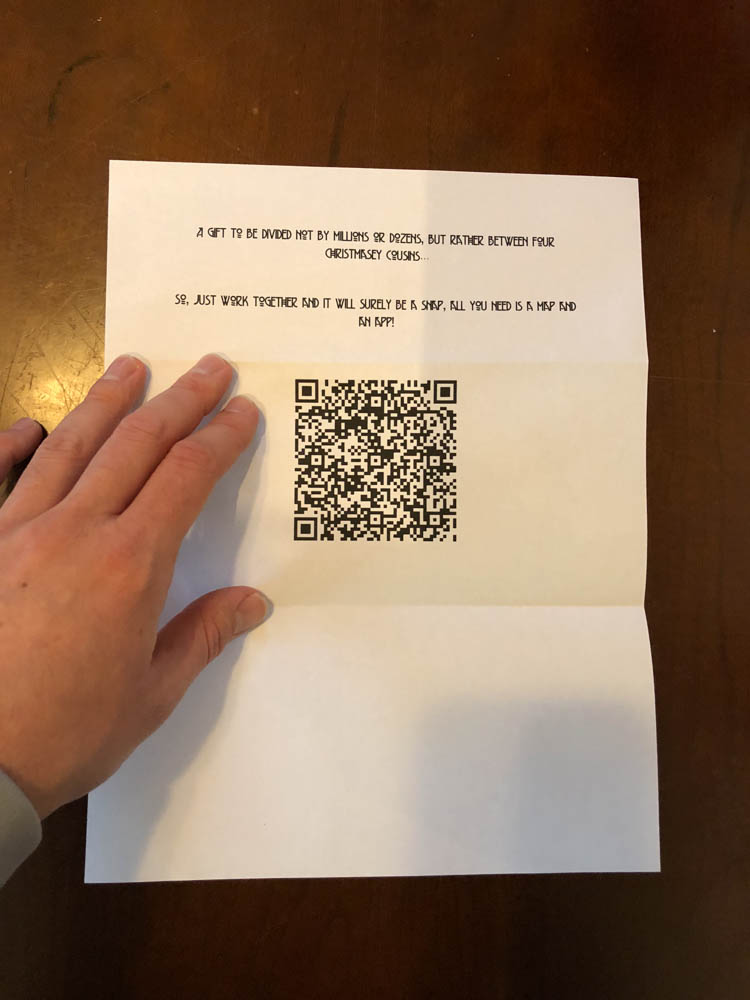 My Christmas card contained a note with the following message: A gift to divided not by millions or dozens, but rather between four Christmasey cousins… so, just work together and it will surely be a snap, all you need is a map and an app!

Below the message, as you can see, is a QR code. Scanning the QR code revealed the following: Consult the map and follow the lead, clues you will find to help with the deed. To discover the first step don’t scratch your head, just look for something big and…

When I texted it to gem, I got this reply:

I told her that we were having Christmas Eve at my aunt’s and that the treasure was for Christmas day at my parents’. She said I should drive there right now, and then she said she was going to ride her bike there herself to find it, haha. 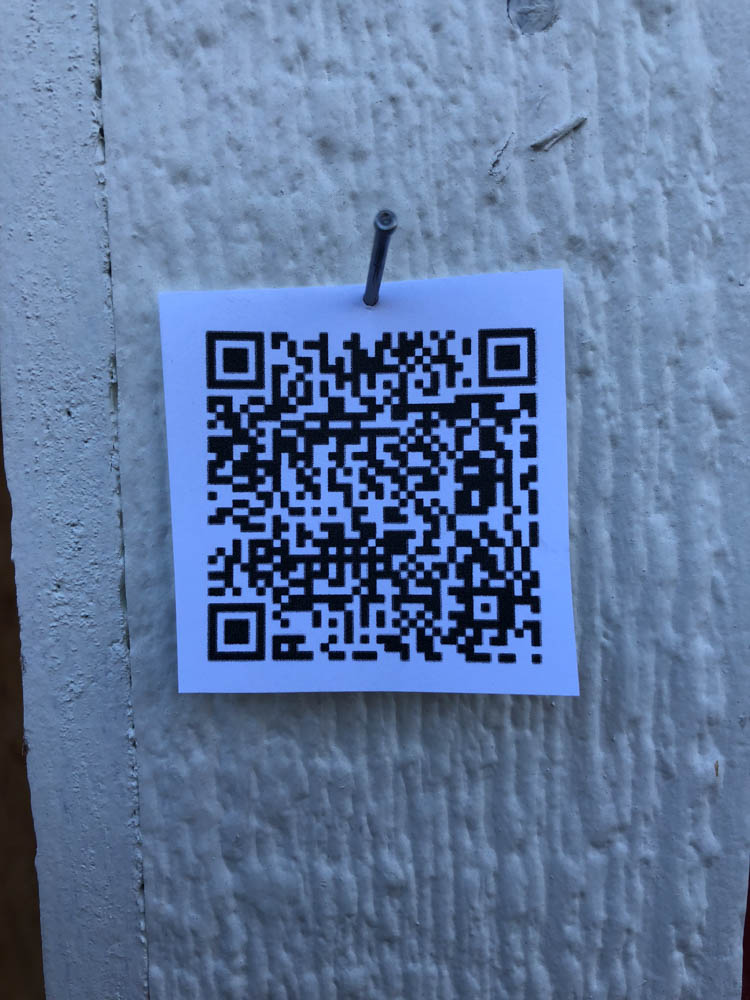 The next day, Christmas day, at my parents, we started our search and found this QR code on the side of the red barn in the backyard.

Now the last thing Pete posted to Facebook was a video of Rocky, their dog, walking in the front yard… right around the place on the treasure map labeled “Rocky the Fierce.” At first we looked around his computer thinking the clue had something to do with how he accesses Facebook, but then we went to the front yard to explore. 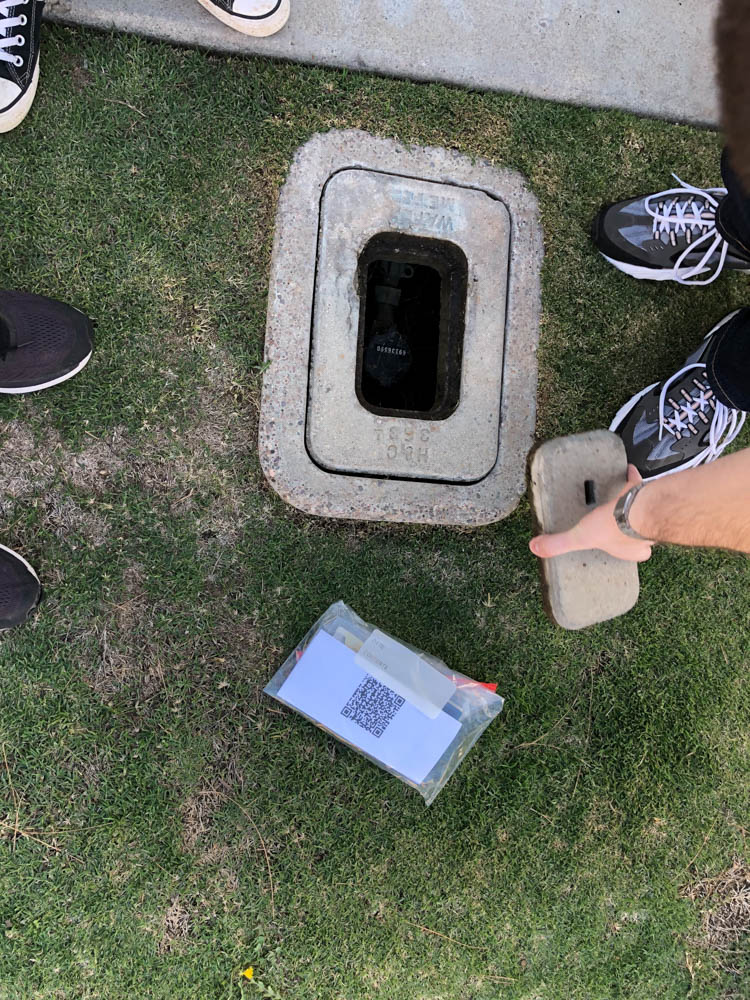 We found it – another QR code… and a compass!?

Now don’t get lazy, grumpy, strange and so forth, just proceed… 15 PACES DUE NORTH.

Using the compass, we aimed north and began walking. 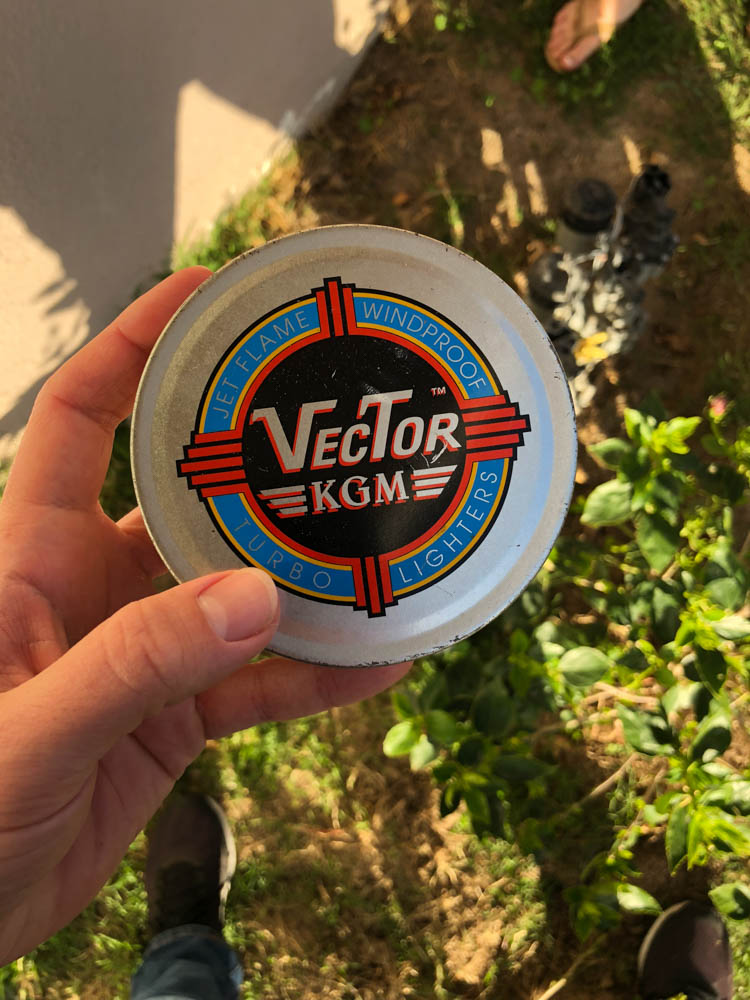 Hidden in the flowerbed was this little container, and inside it was a note. 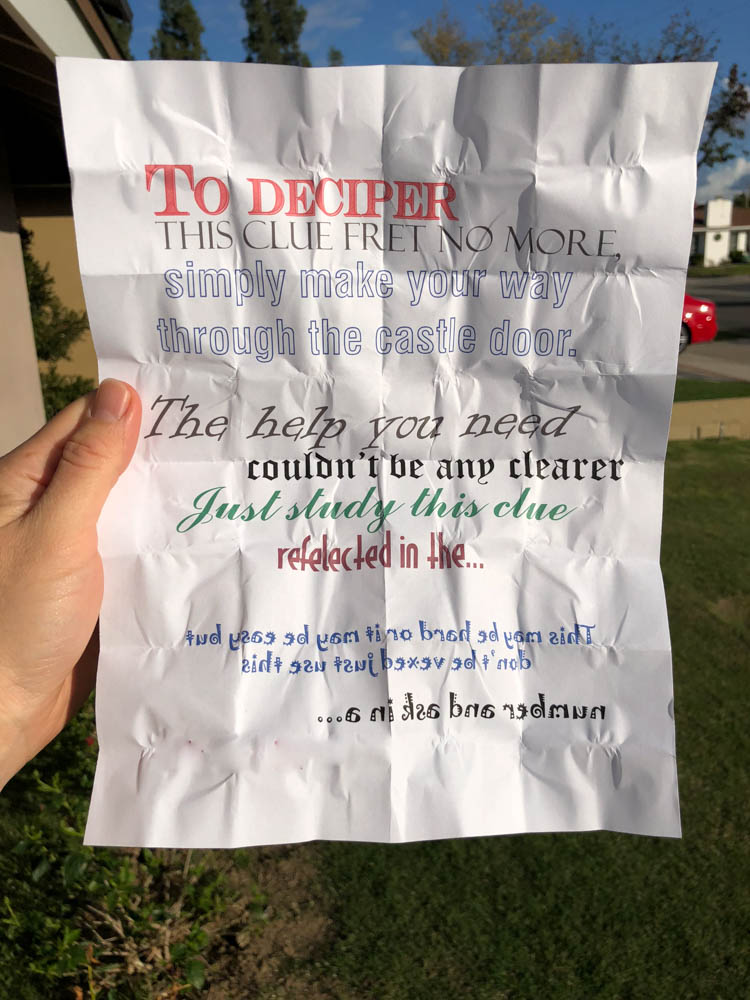 To decipher this clue fret no more, simply make your way through the castle door. The help you need couldn’t be any clearer. Just study this clue reflected in the…

Using the mirror in the entryway, we found our next clue. 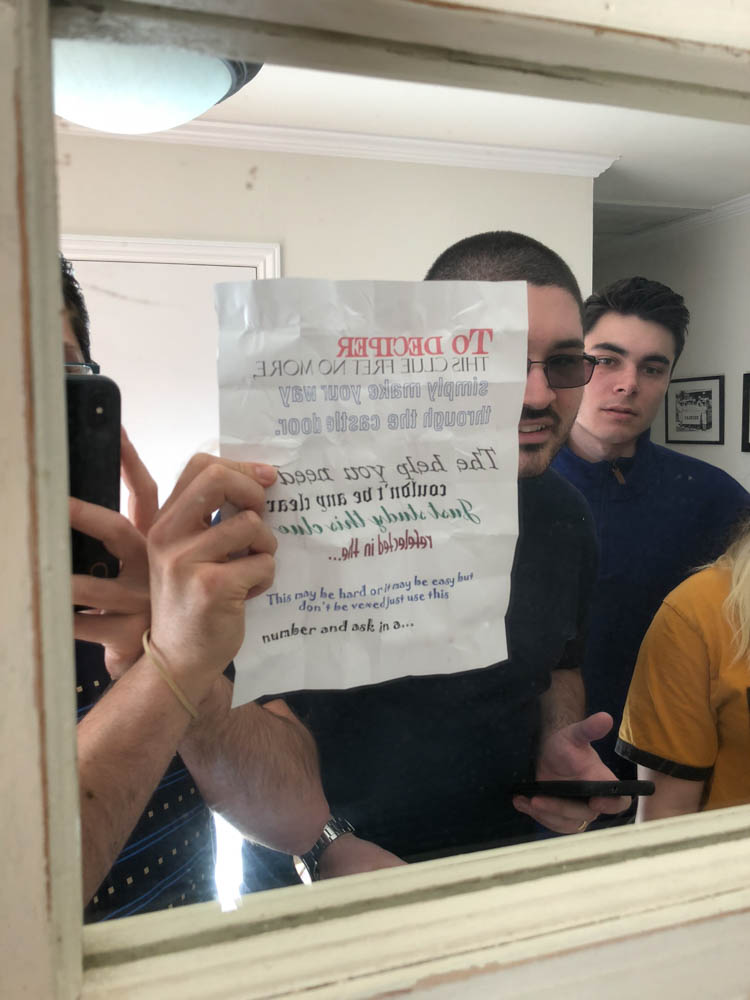 This may be hard or it may be easy but don’t be vexed. Just use this number and ask in a… [phone number].

So I called the number, which was Pete’s. And then someone pointed out that I was clearly supposed to text.

In reply to my text, I received a QR code. James scanned it, and we got our next clue.

23 paces South, 19 paces West. Once you’ve arrived don’t be a silly goose. The clues reside under that which is… 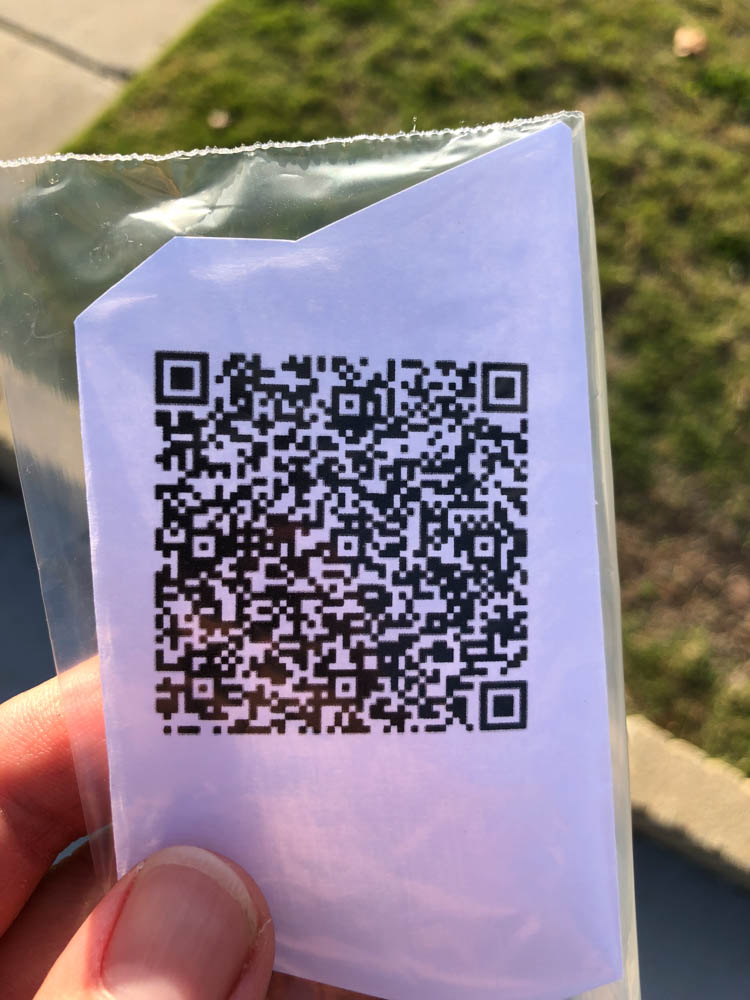 Loose! It was under a loose part of the small wall at the edge of the property.

You’ve made it this far which is a formidable feat, for ancient kin of she what doesn’t eat meat. To uncover the next clue, go to that which is neither stoic nor slanted but rather in the spot that is truly _____________. 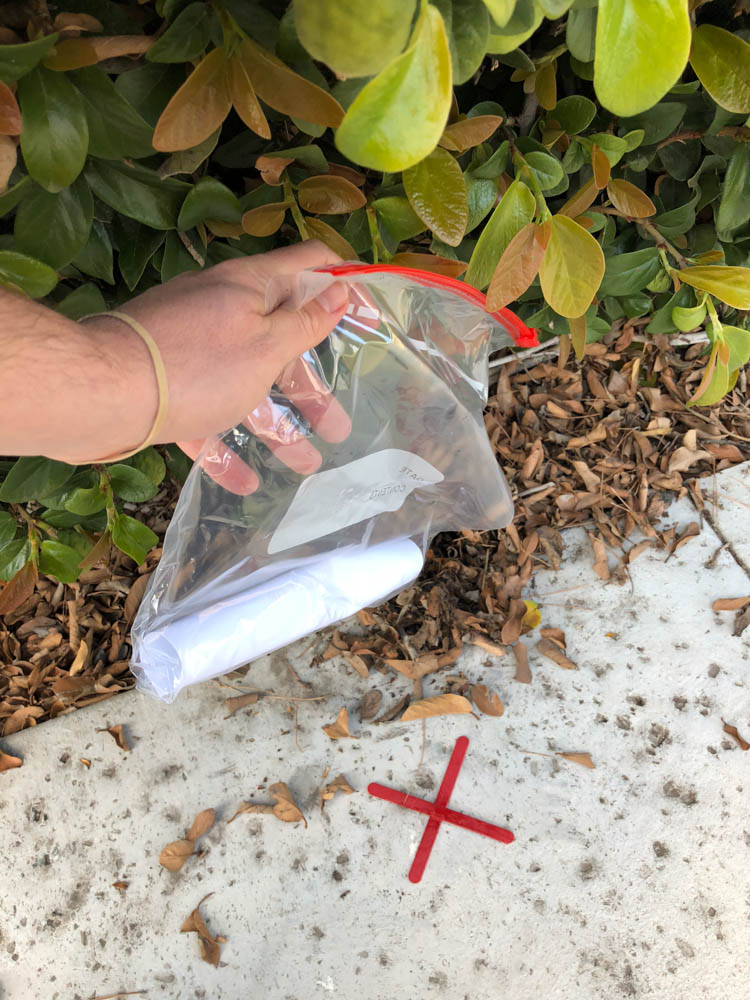 We made our way to back yard, where the map was labeled “enchanted forest,” and found this clue. 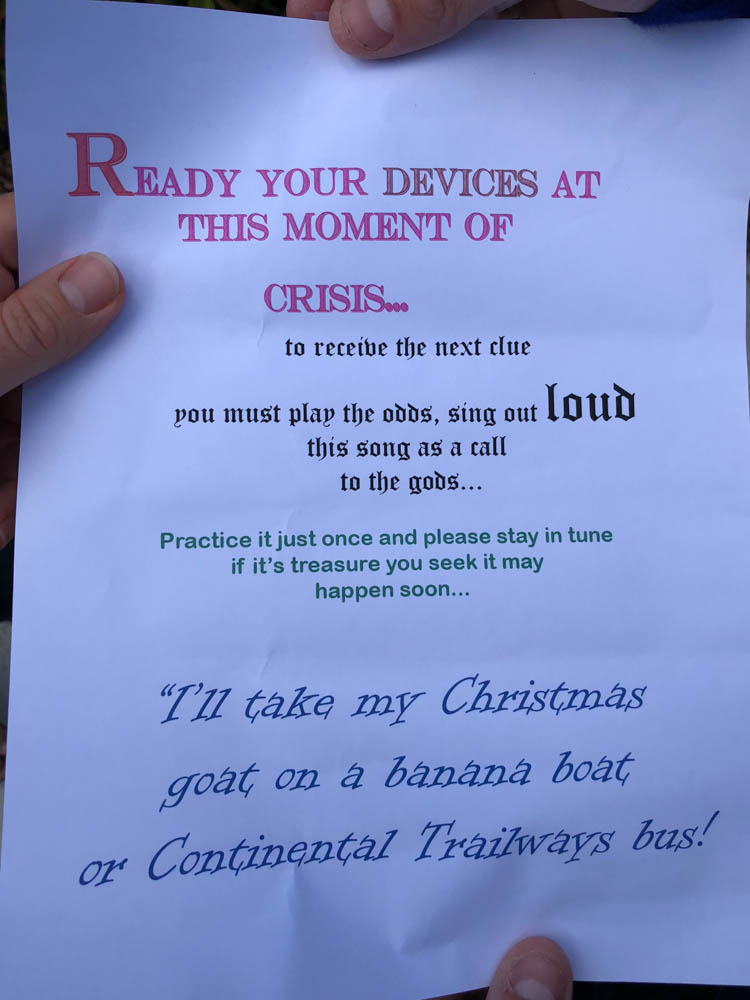 Ready your devices at this moment of crisis… to receive the next clue you must play the odds, sing out loud this song as a call to the gods… Practice it just once and please stay in tune. If it’s treasure you seek it may happy soon… “I’ll take my Christmas goat on a banana boat or Continental Trailways bus!”

This was a Christmas-altered version of a song we used to sing from… something? Or maybe it was an inside joke? I have no idea, but we belted out our song. And get this – with four people watching us, no one thought to film us singing loudly in the backyard on Christmas about a Christmas goat. 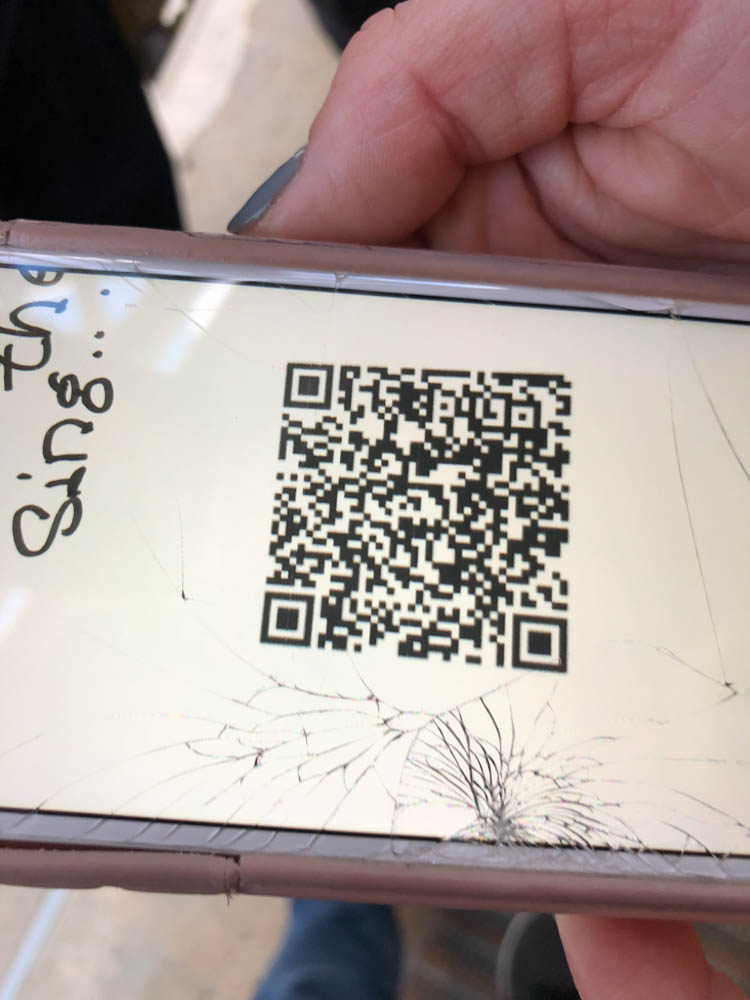 Haley received our next clue.

If continuing this quest is actually your desire, you may want to look beneath the Funeral Pyre… 16 paces 196 degrees SSW. 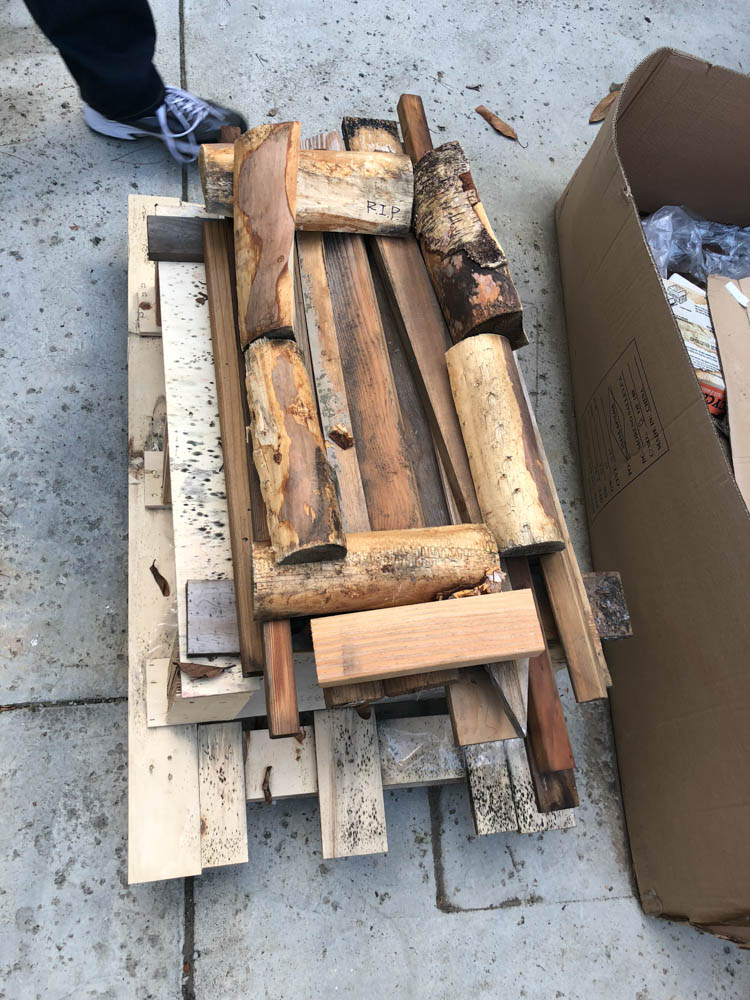 Using our trusty map, we found the funeral pyre. I tried to pick up the whole thing, somehow thinking it was all glued together. It was actually just stacked, and the clue was under one of the top pieces. Oops. 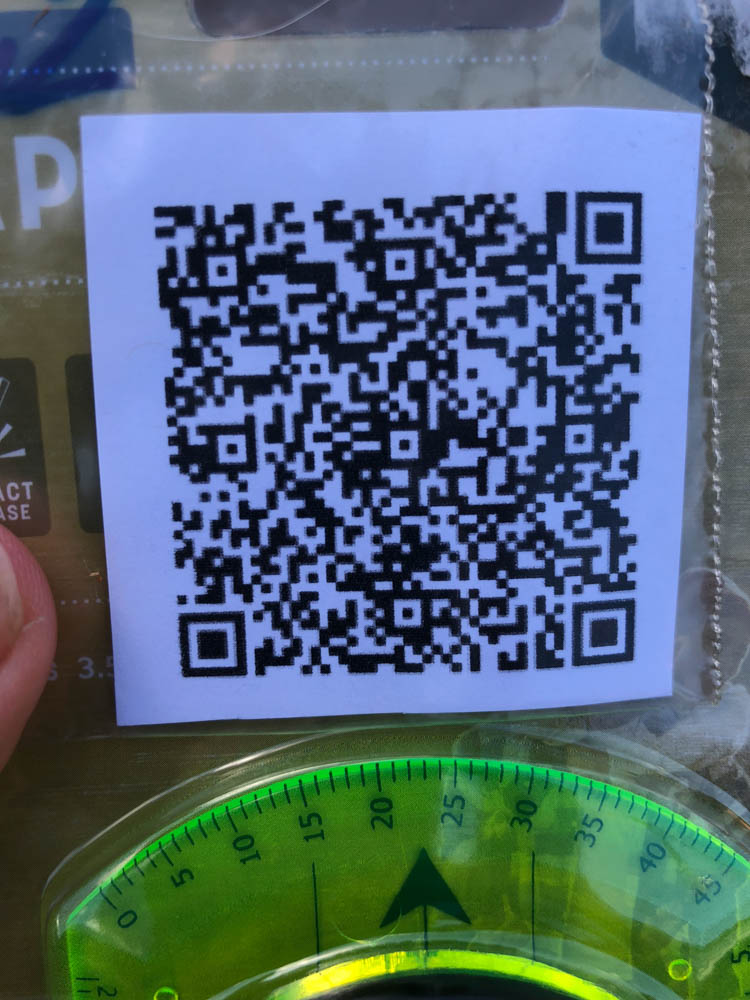 Off to Pete’s office to look in his typewriter! 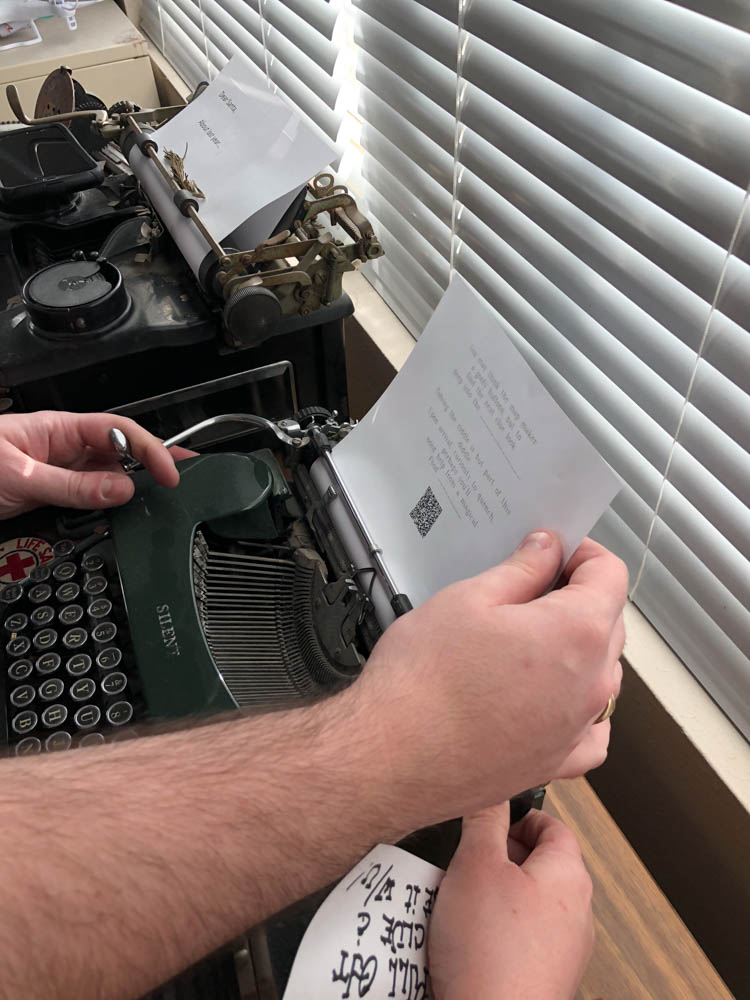 You may think the map maker a goofy buffoon, but to find the next clue look deep into the _____________. Solving the riddle is but part of this diddle. Upon arrival, curiosity to quench, perhaps you’ll need help from a magical Food ___________.

The first blank was sending us to the pool. The second one was obviously a reference to a term James uses for Mom – food wench!

And the QR code gets us this:

Like the rest who have done a quest, or maybe more like a dog without a bone, you’ll probably wanna use: Speakerphone! [phone number]

We also got this note: 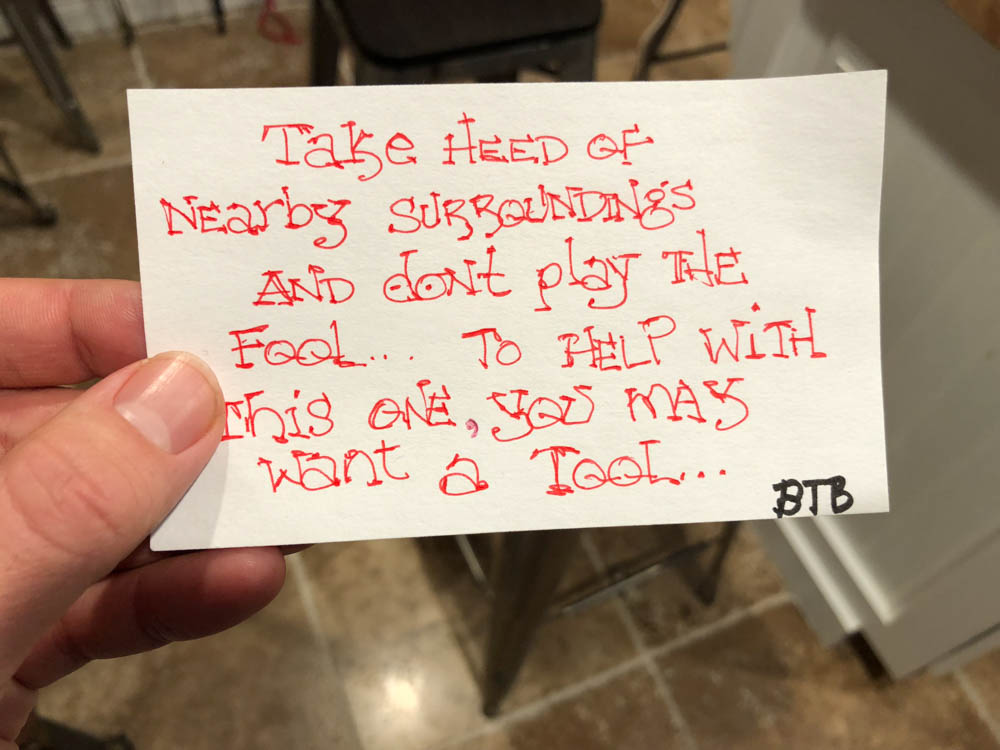 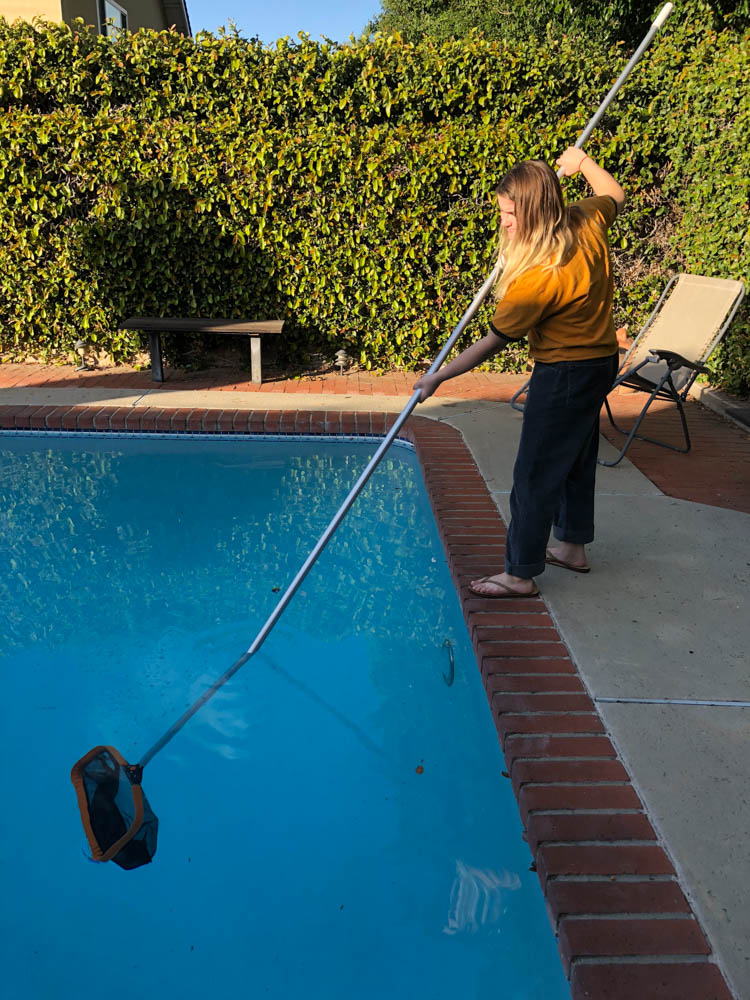 Now I can’t quite remember if we called Mom first or if James and Haley fished the next clue out of the pool first. We saw it earlier in the hunt but knew it wasn’t time for it yet! I know at some point we called Mom, and I know we got the clue from the pool. I think she guided us to look in the pool perhaps. 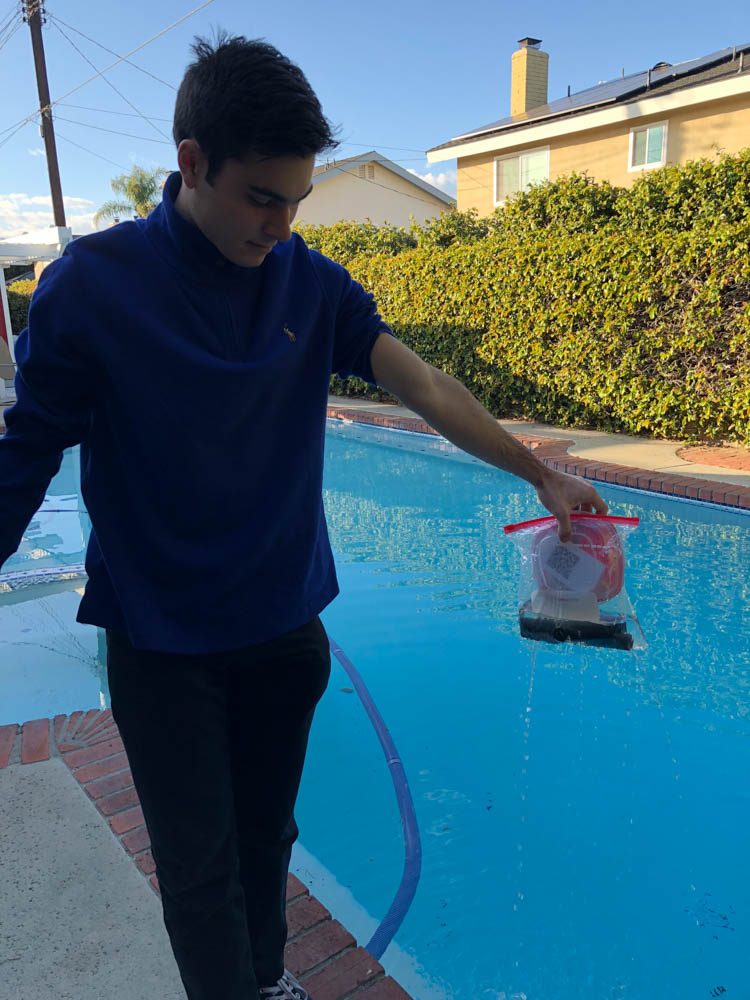 Mitch grabbed and it and looked inside. 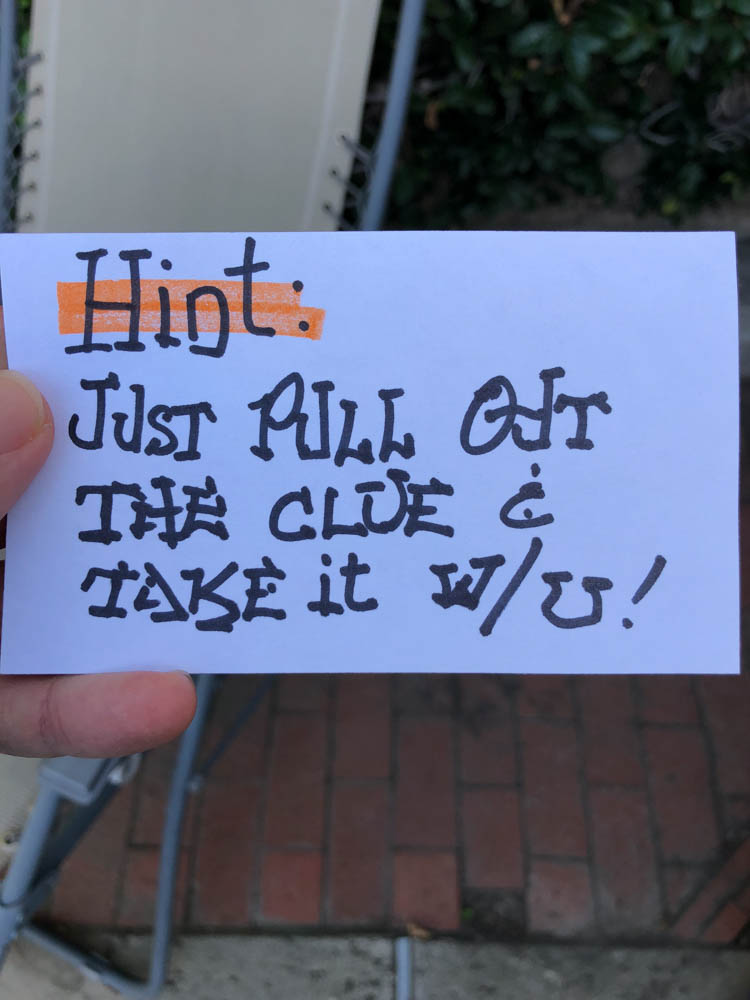 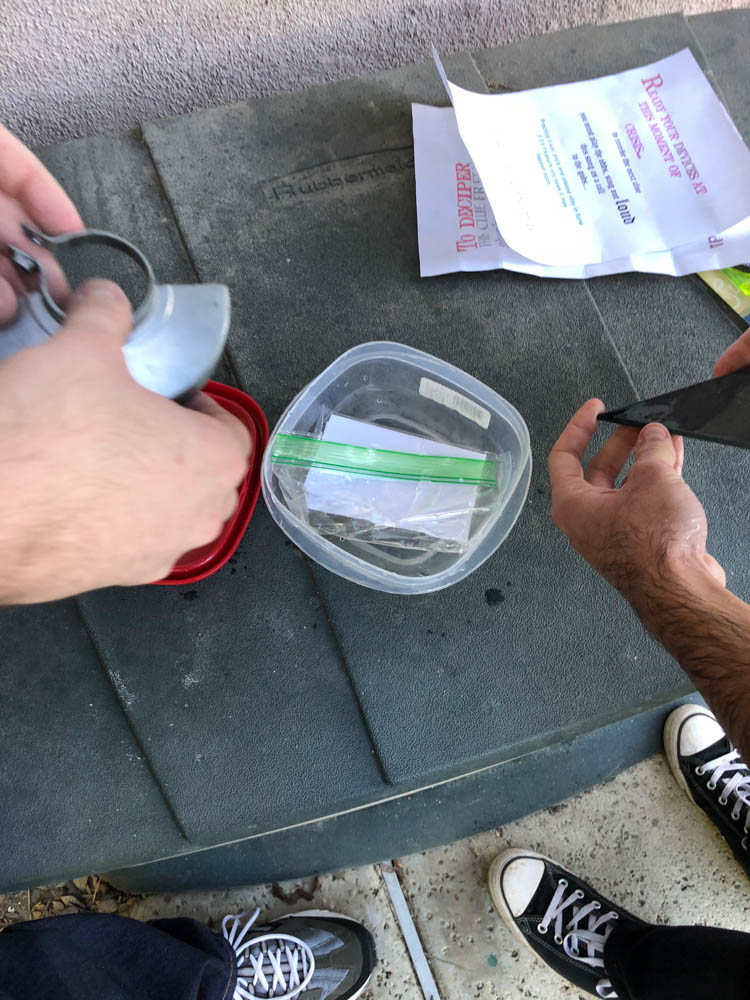 Strange clues, or items to weight down the clue? 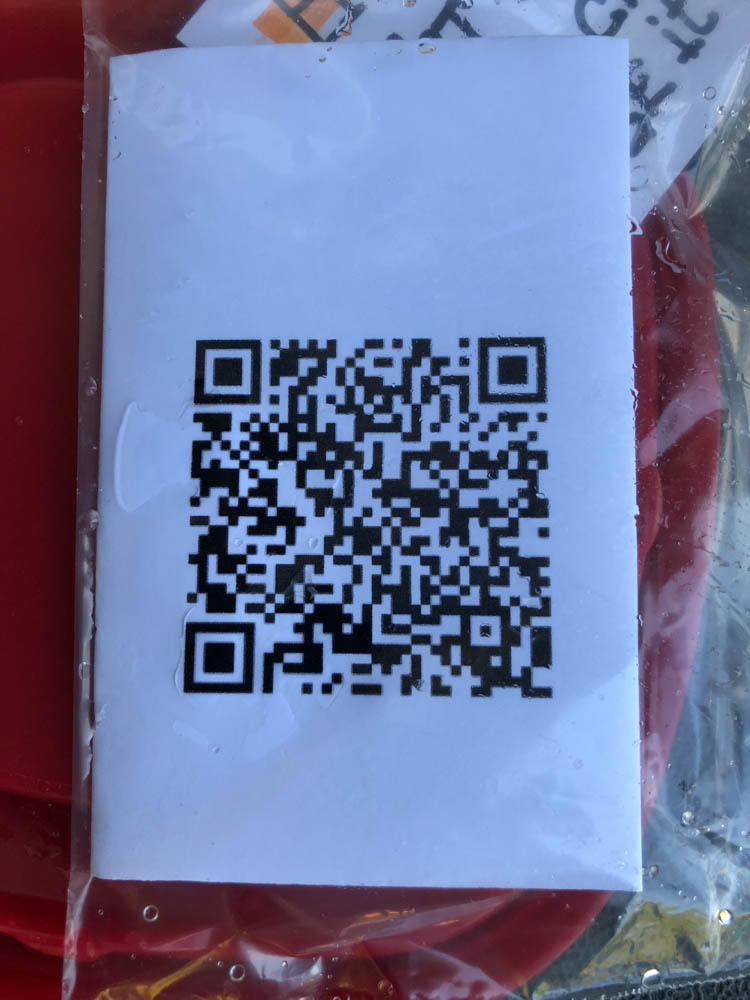 Hoist your freak flag high on the mast! Treat this request just like the last… [phone number]

The number was Uncle Chuck’s, but I don’t think we called. I know we went over to him, so maybe we called and he told us to come to him. 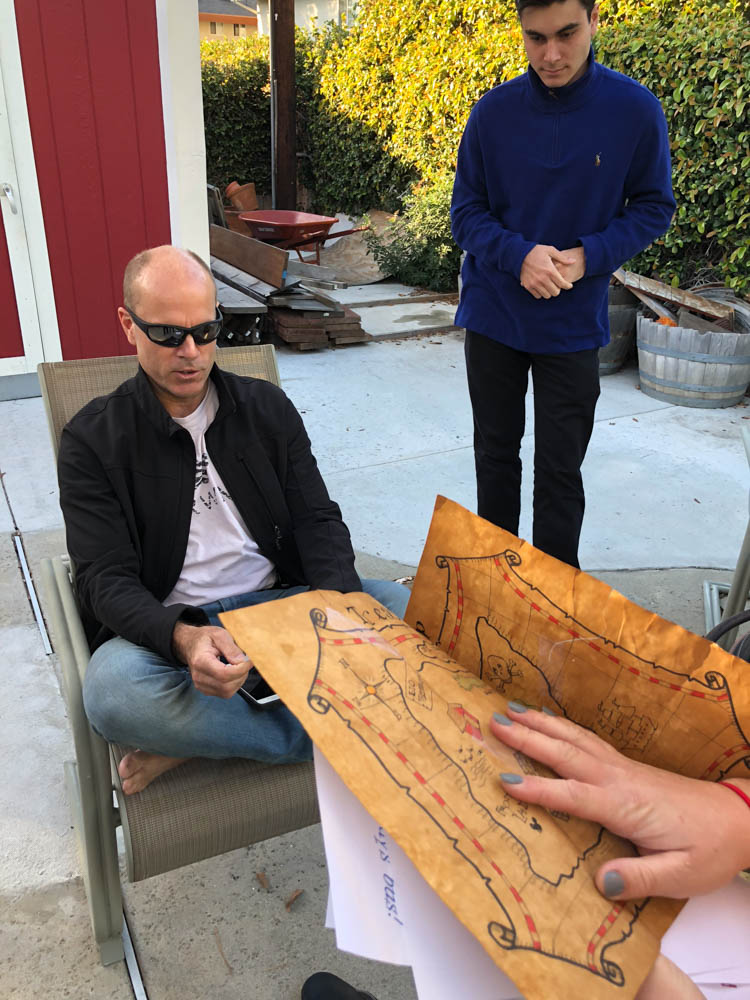 His clue was like one from a wise sage, and it probably even rhymed. Unfortunately, it was lost to time. But I know where it sent us. 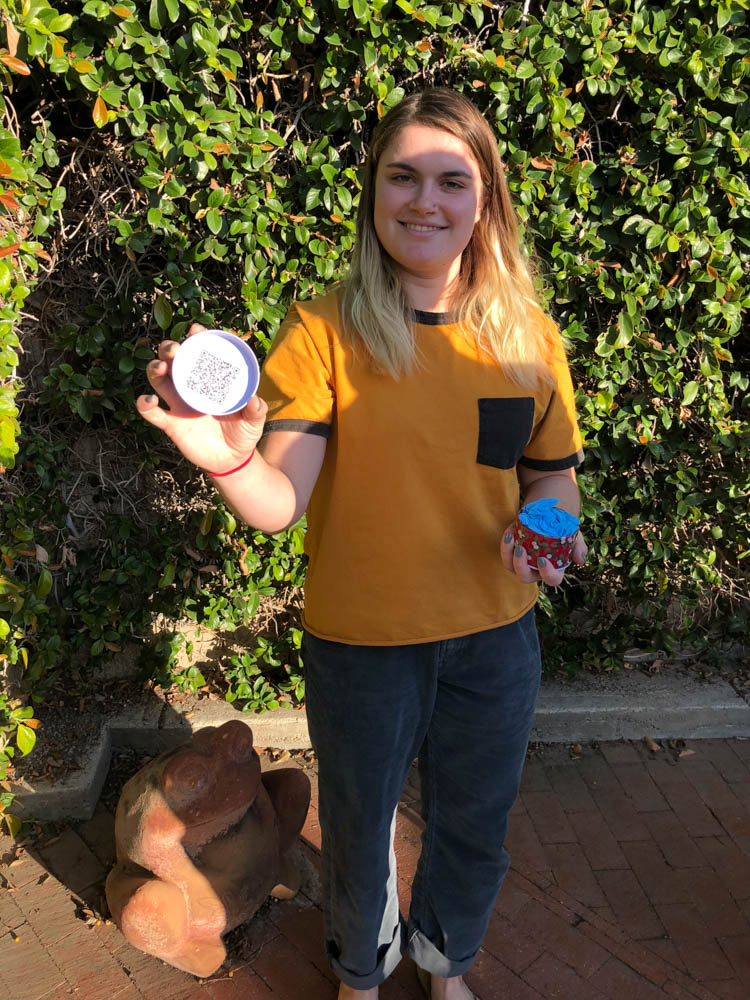 Inside the frog were some gloves and a QR code with the final clue! We actually found this clue earlier when we were searching the Enchanted Forest, but the good King let us know we weren’t supposed to find it yet 😀

There really is a treasure, this is no trap, so do the right thing and look on the map. Just remember this last clue is not to be forgotten, your treasure likes beneath that which is rotten… 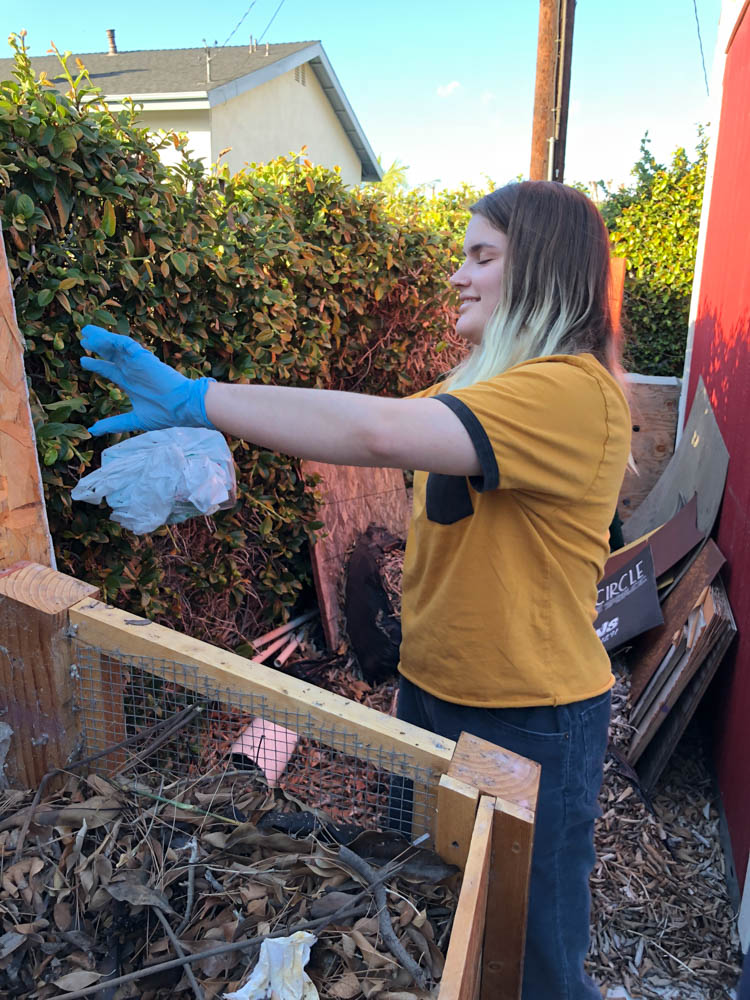 The flies on the map led us the compost, in which Haley found something… 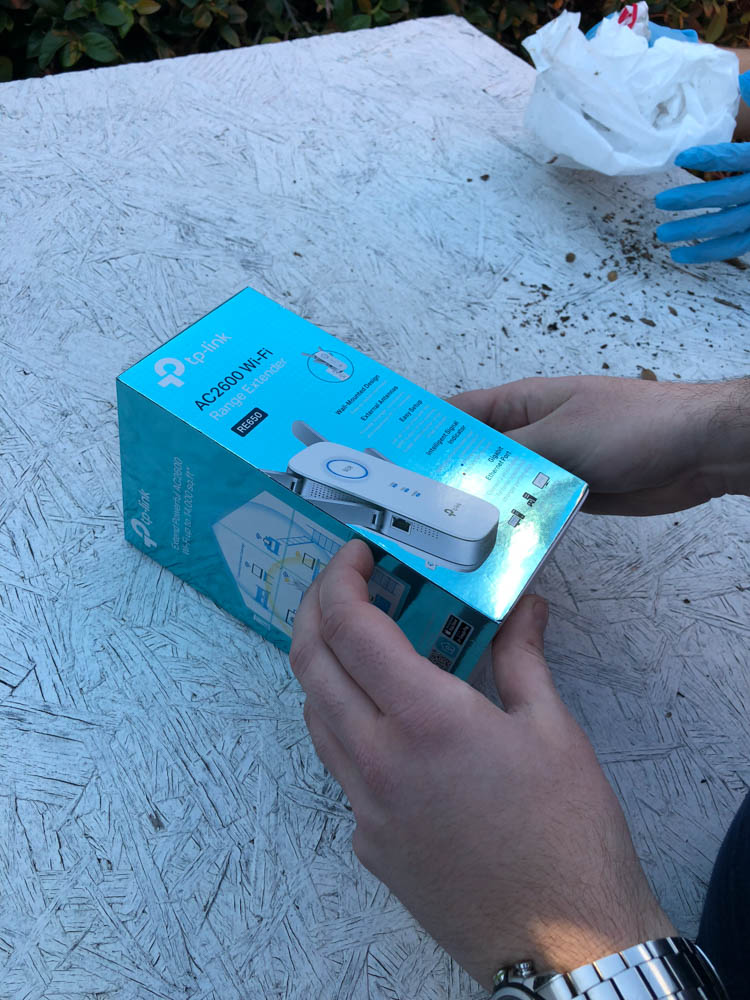 A Wi-Fi range extender box… with a QR code on the side?! 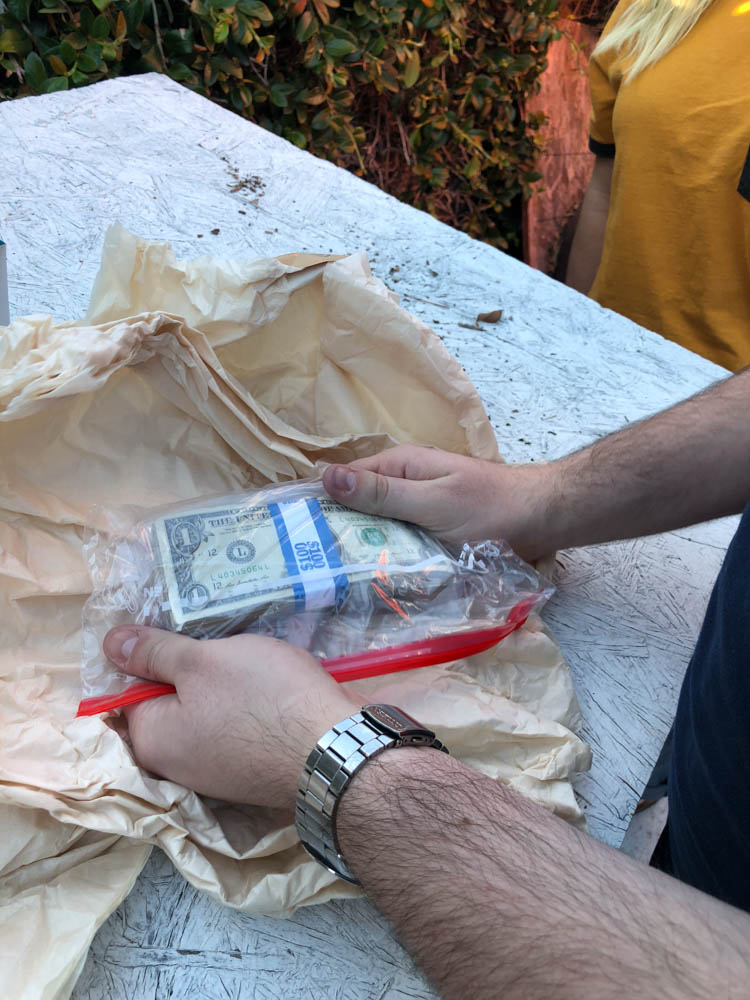 The box contained our treasure! One hundred dollars for us to split between the four of us! What a fun adventure! 🙂