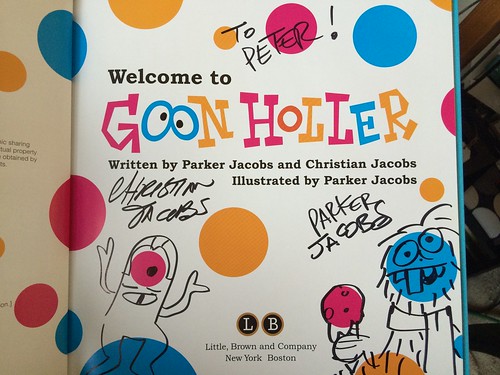 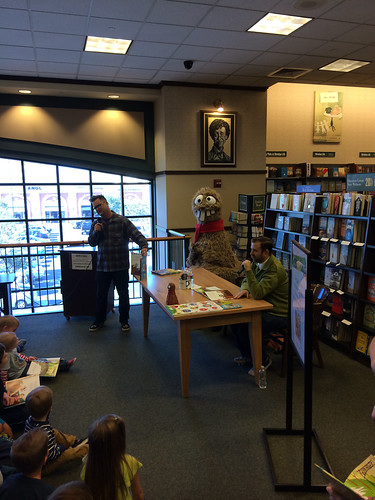 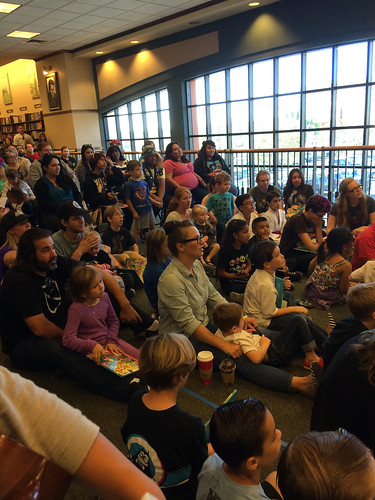 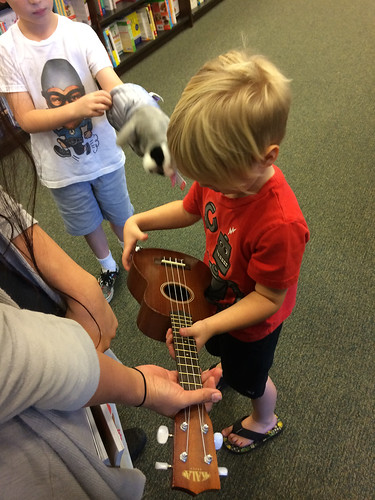 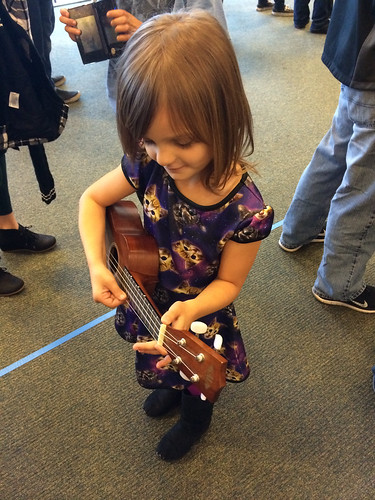 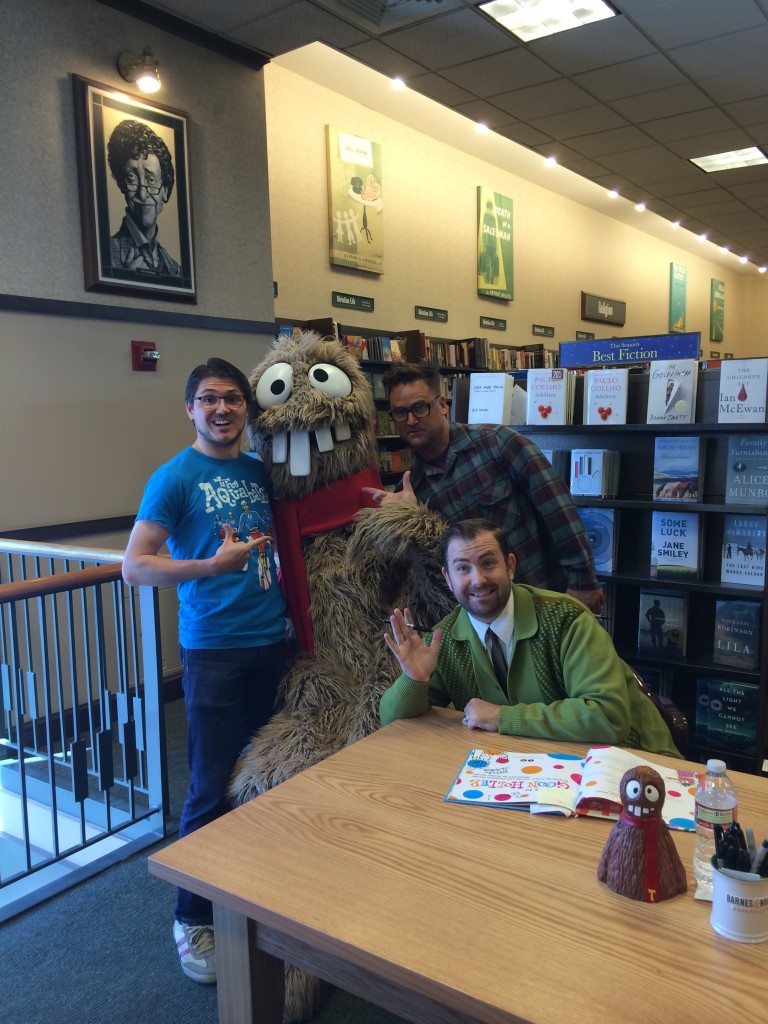 Wednesday was my last day at Barnes & Noble! It felt really weird leaving. I’ve a couple dreams about the store since then. Rather than the usual dreams about making metrics, they were about strange changes to the store and how I no longer worked there. I’ll miss all the fun I had and the fantastic people.
Speaking of fantastic people though, I had a party to celebrate my new last night. Most of my friends from the area came, and I had a great time. There were a few guests who hadn’t hung out with me outside of work before, which is always cool. I also got to catch up with Patrick whom I hadn’t seen in years. I climbed a tree at one point, hopped across a field on one foot, and hung out at Katy’s house for the first time. It was definitely an awesome night.
Monday’s my first day at Toshiba. I’m nervous but also looking forward to it! Hanging out with Spot/Margaret, originally uploaded by theuser. Today was my first day of training as a head cashier! I was pretty nervous, but it went alright! I was scared about dealing with customers and people, but after one day of training, I’m now much more nervous about forgetting to do something or screwing something up “behind the scenes” so to speak. But it’s really great to be able to correct minor things easily.
I did a bunch of returns without any problems, and even refused a return without too much of a fuss. Amanda pointed it out as my first refusal! 🙂 It was also kind of exciting to answer the HC phone for a change. Now I’m on the other side of it. There was also a customer that purchased a $9.99 book for $60-something because it rang up wrong. It was nice to be able to fix that myself.
I just wish I wasn’t feeling so sick for this. I took cold medicine all day, and luckily for me, Rich had cough drops. I don’t know why I didn’t think of buying some.

Paramount Buys ‘Old Man’s War’ For Wolfgang Petersen And Scott Stuber – Deadline.com via The Whatever

Paramount Pictures has acquired screen rights to the John Scalzi novel series Old Man’s War, with Wolfgang Petersen attached to direct and David Self adapting the tale into a large-scale science fiction project.

OMG! Yes! This news is way too amazing. John Scalzi is easily my favorite still-writing science fiction author, and Old Man’s War is an amazing book. Maybe our BN will finally carry it if they make it into a movie. Why we carry the sequels, The Ghost Brigade, The Last Colony, and Zoe’s Tale, without carrying the first book in the series boggles me.
Old Man’s War is about mankind’s battle for territory far from its original homeworld, Earth. Unlike most science fiction settings in which Earth is humanity’s capital, the Colonial Union uses planet Phoenix as its capital, getting new people from Earth while keeping the nations of Earth largely in the dark about how technologically advanced it really is. The Colonial Defense Force uses senior citizens for its soldiers, transferring their minds into genetically-engineered super-soldiers.
It’s going to be a sweet movie.