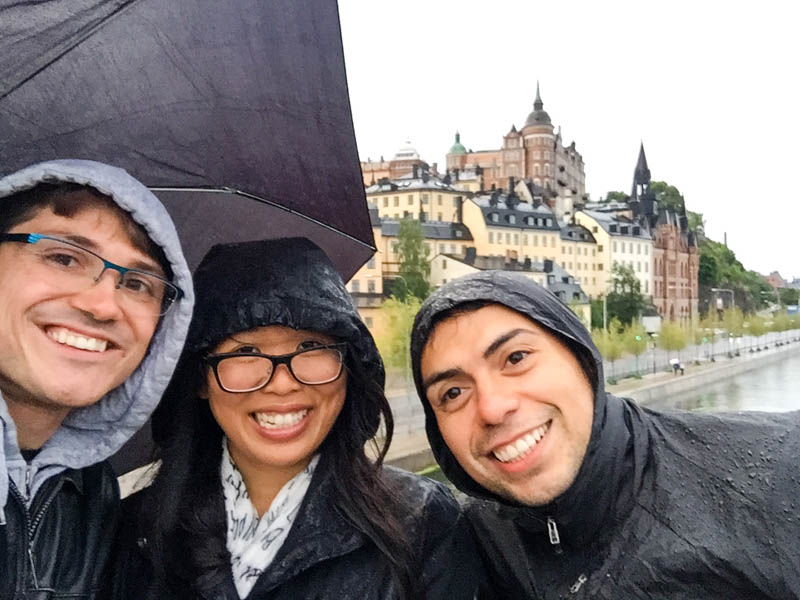 Sweden was the last country on my vacation, and I was only there for a single night. It was weird knowing that it was ending! 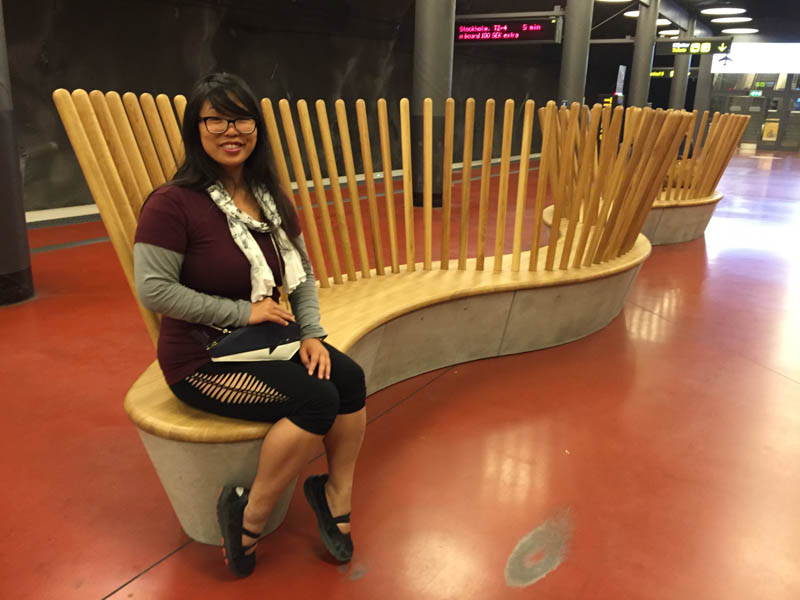 Everything seemed designed so beautifully in Stockholm. Check out this gorgeous bench! 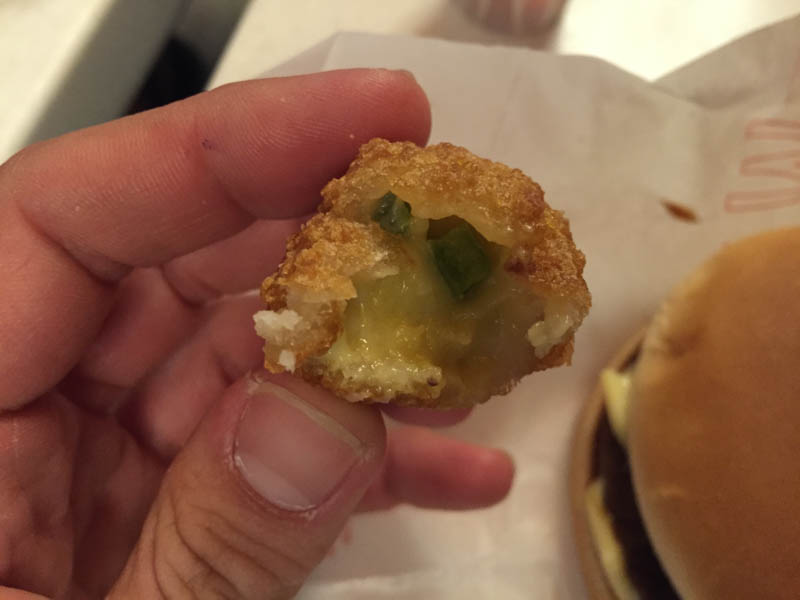 We took a train from the airport to our hotel, but our first actual stop was to get McDonald’s. Anela might not have been with us, but we kept her tradition alive! 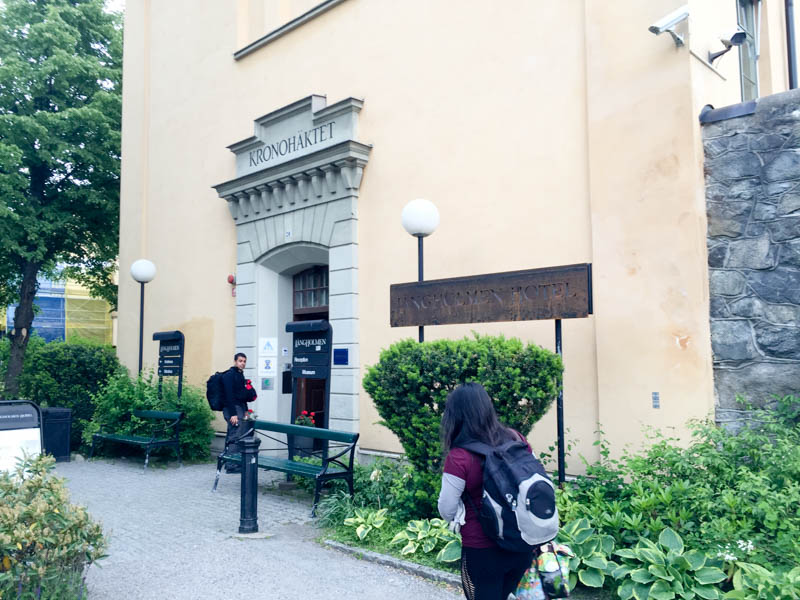 We stayed in the Långholmen Hotell, a former prison that’s now a hotel. 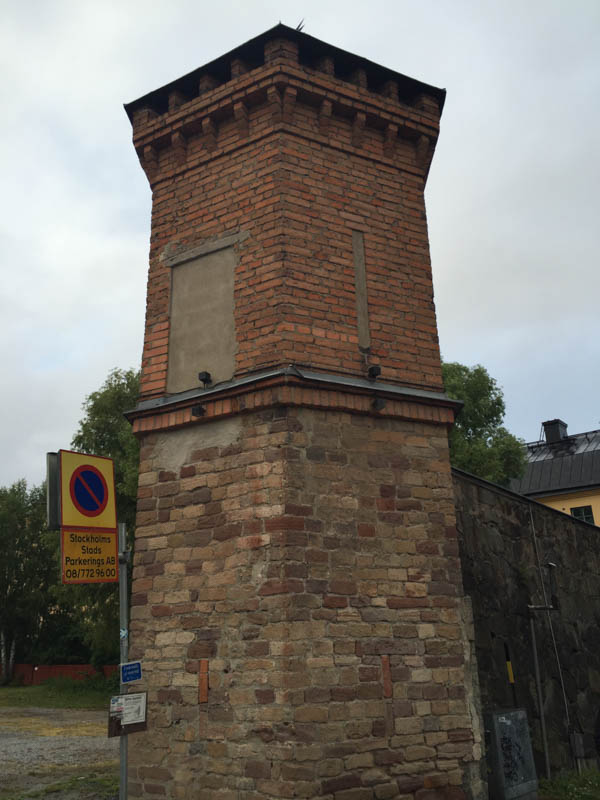 Out front, you can see what was once a guard tower! 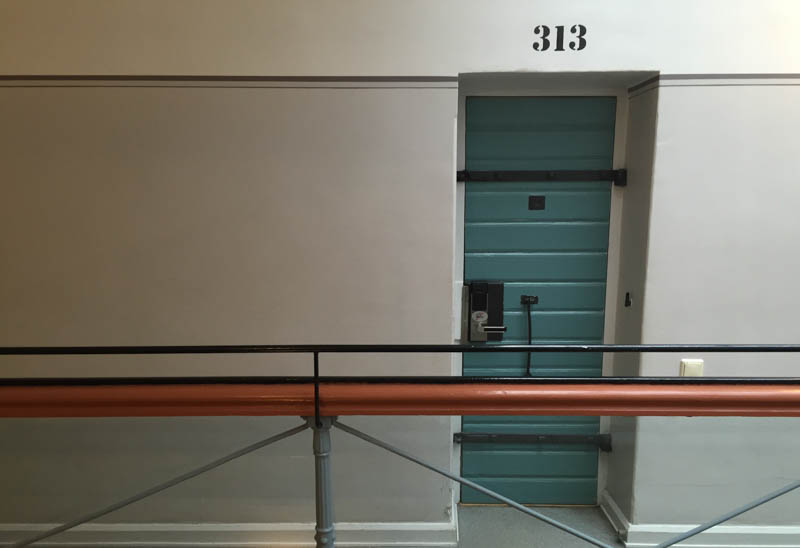 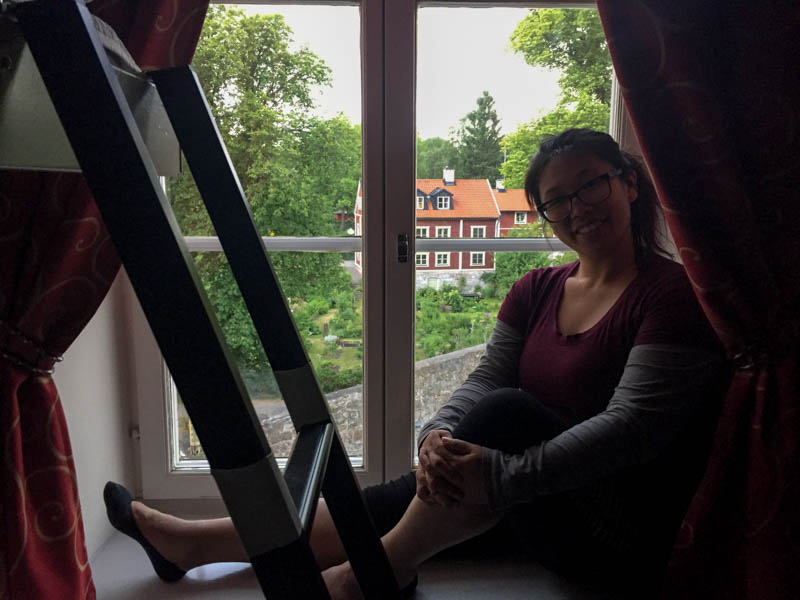 Despite once being a prison, the rooms were cute and quite comfortable. 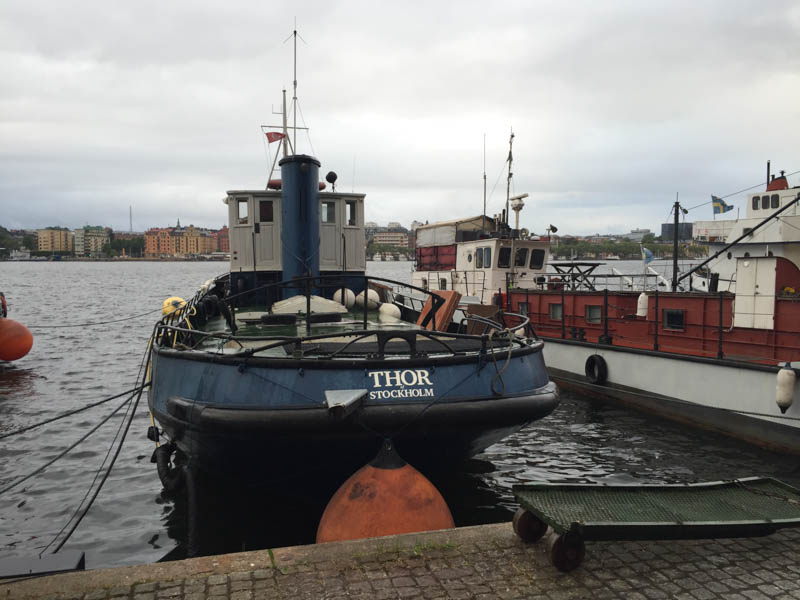 After checking in, we decided to walk to the downtown area. It was a fairly long walk, and it was freezing – a big change from Roma. It started raining too. You can see us on our walk at the top of this post. There were lots of cool boats to see as we walked, like Thor here. 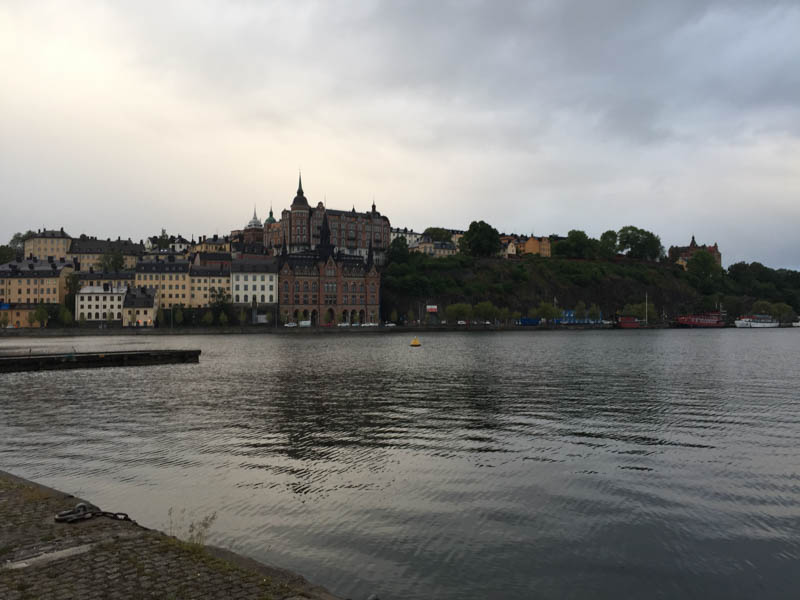 There were nice views of the city as well. Stockholm was a beautiful city. 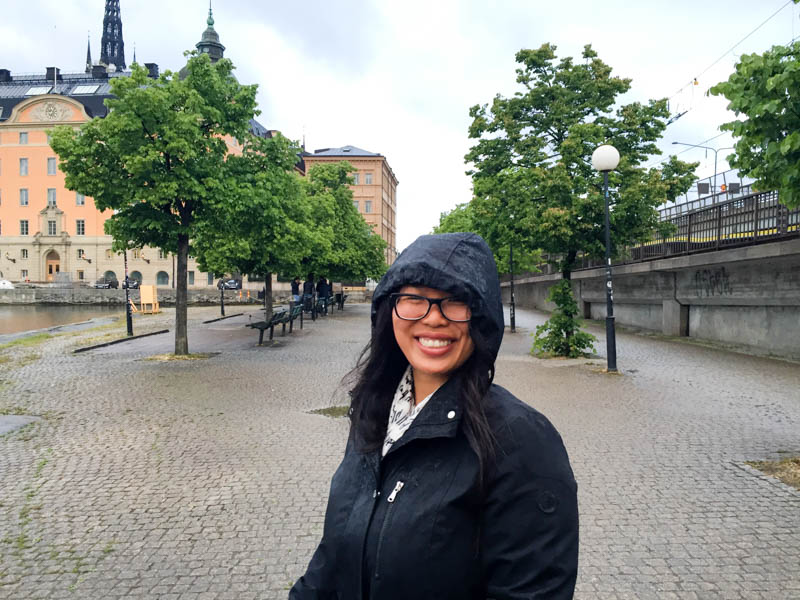 Despite the weather, gem looked very happy to be exploring Sweden! 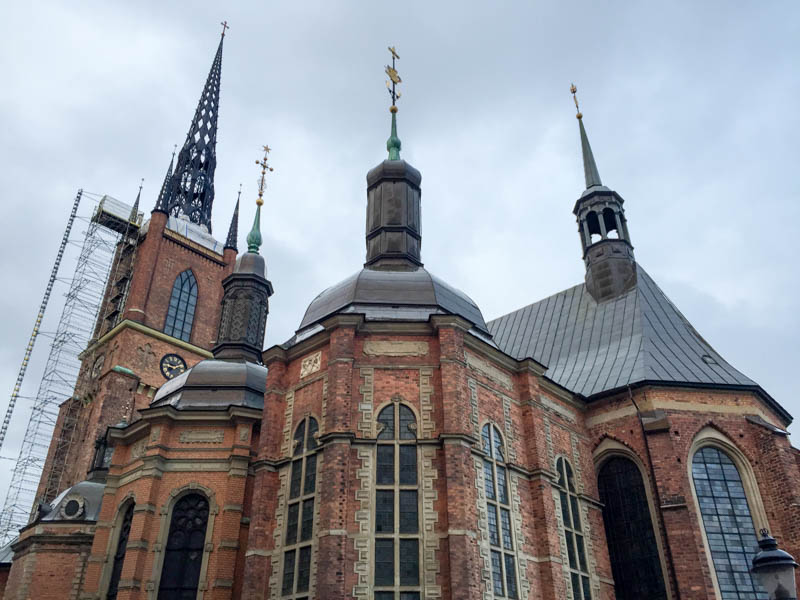 I’m pretty sure this was a church, but I guess I can’t remember for sure. This was one of the first interesting sights once we reached the busier area. 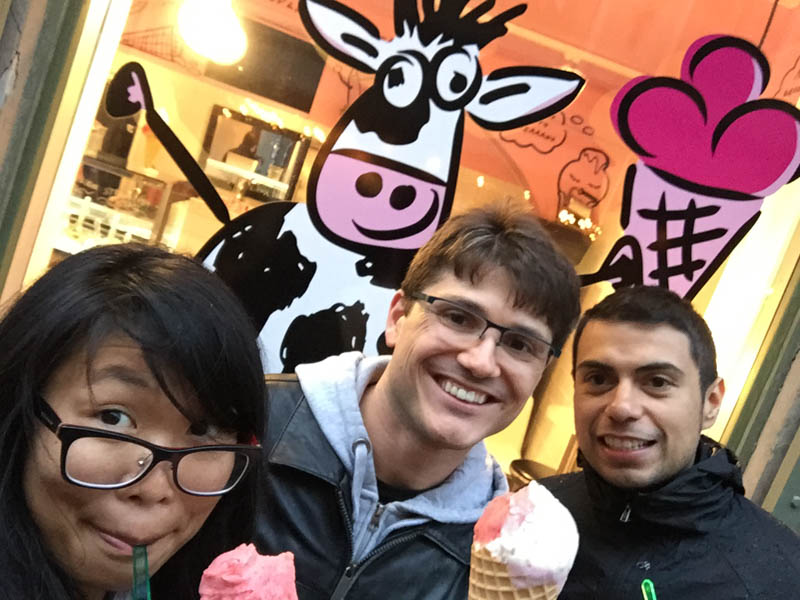 I know your mother told you dessert would spoil your appetite, but we went ahead and got ice cream at Stikki Nikki before dinner. The owners were there and were super nice too. 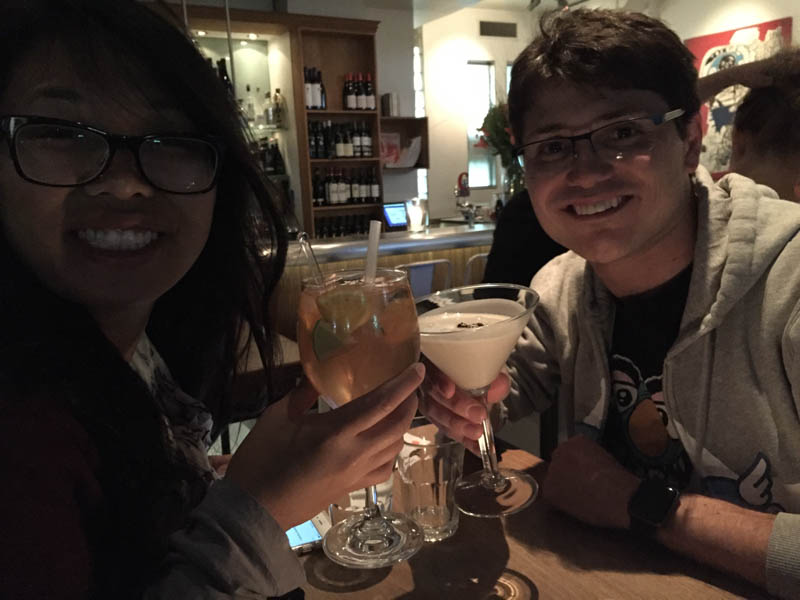 We had dinner at a tapas restaurant called Café Tabac after we searched for traditional Swedish food and failed. Luckily everything was delicious here. We had a few drinks in honor of Yeffe, a super drunk Swedish man gem and I met back in 2007 in Vegas. (I might be misspelling his name.) We used to joke about how Yeffe loves to drink. “What do you think Yeffe’s doing right now? I bet he’s partying and having a drink.” Was he downing shots while we had dinner? It was ten years later. Maybe he was sipping a cocktail – an older, more respectable Yeffe. 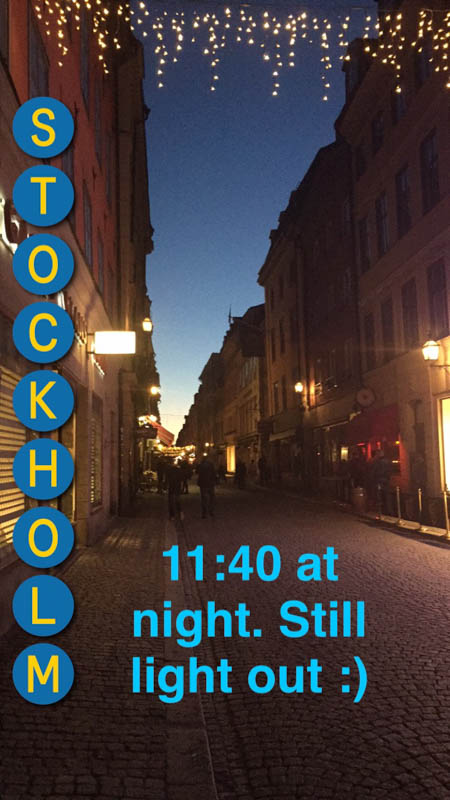 These places are crazy. Does it even get dark in Stockholm? 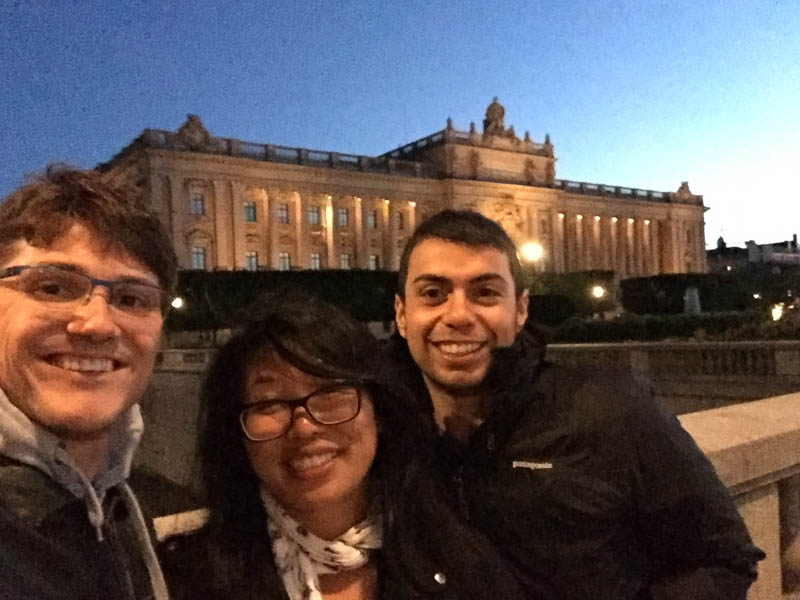 We took some photos in front of Riksdagshuset, the Swedish parliament house, as we walked back to our hotel. 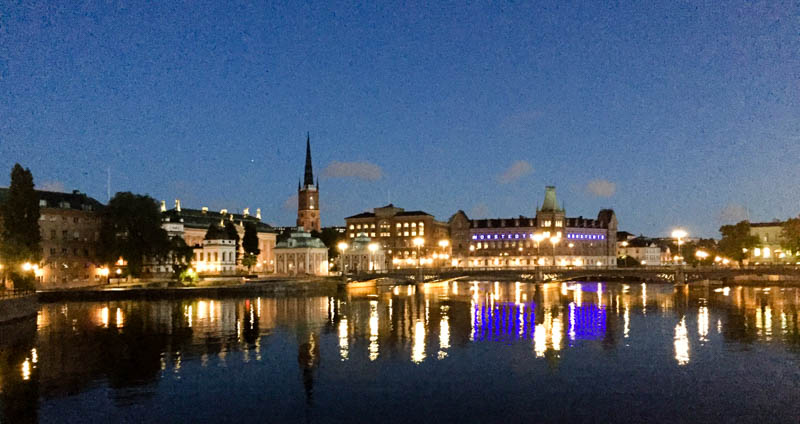 What a terrific view! Again, I’d like to point out that it’s midnight in this photo. 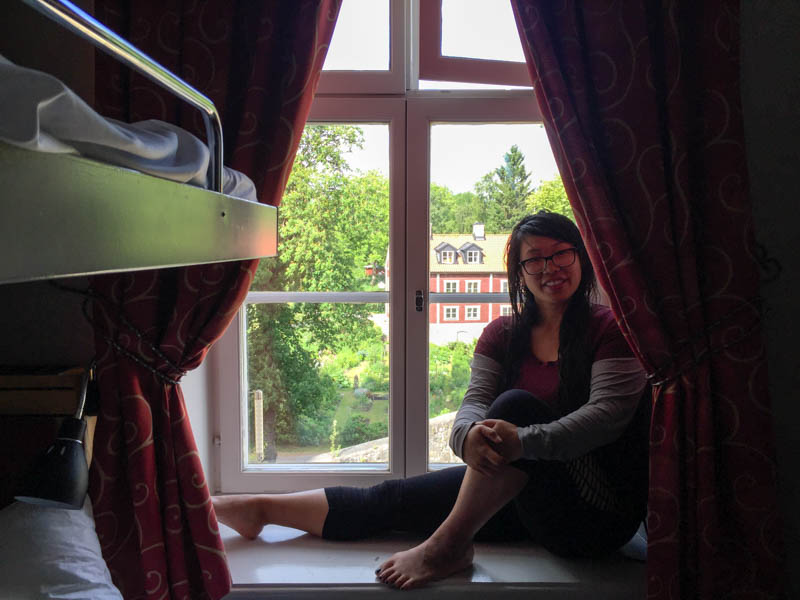 Here’s another shot of gem like the one from the previous evening. It was such a nice window 🙂 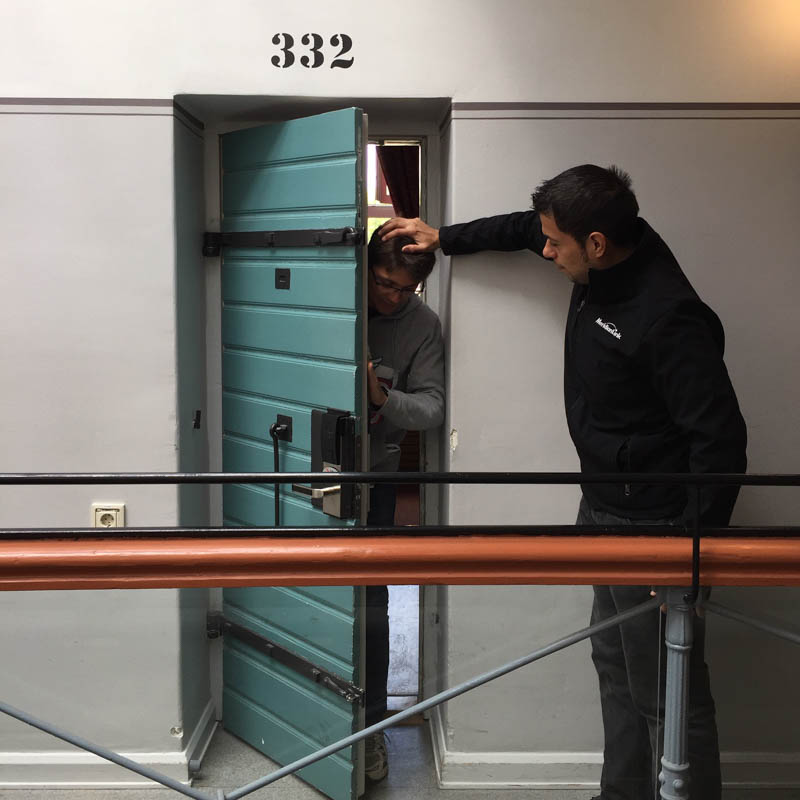 I tried to leave in the morning, but Antonio tried to keep me in prison! 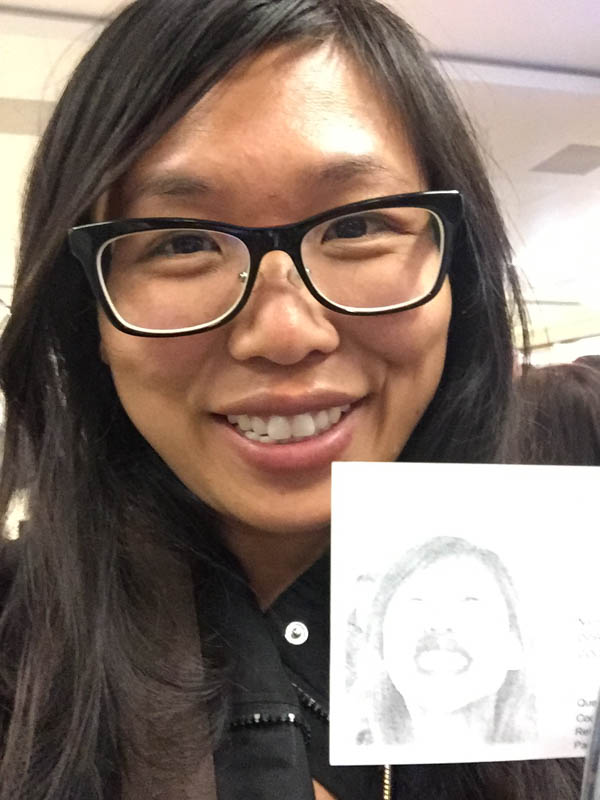 All three of us sat separately on the plane back to LAX, which was disappointing. I watched Pan and Anastasia, both entertaining movies, and got some sleep too.

Getting back into the States was much more of a hassle than getting into Europe. Security took forever. Here’s gem with her security photo. The security photographs don’t seem too flattering! 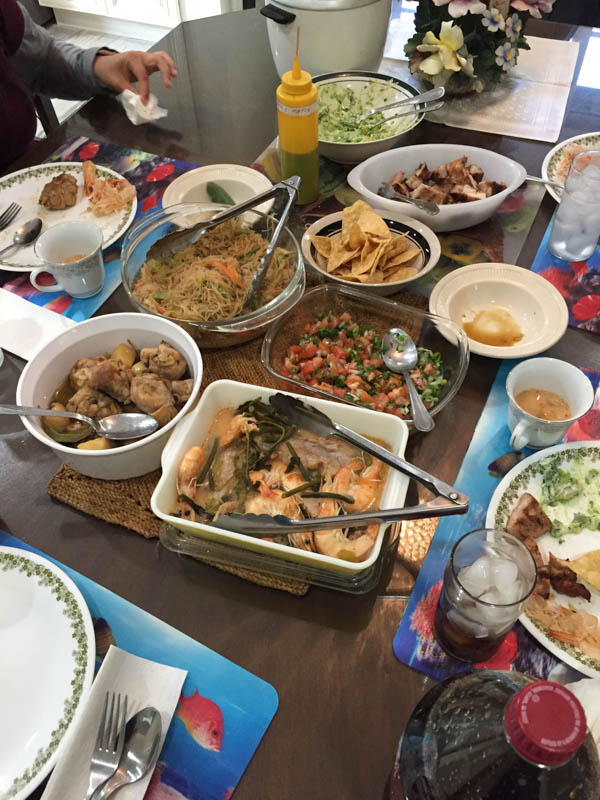 gem’s dad picked us up from the airport with my car that I left with him. At his house, he shared with us a delicious lunch! He’s a great chef!

After three of the best weeks of my life and eight countries (10 if you include the Vatican or count UK member countries individually), we were back in the United States. I missed traveling immediately, but it was nice to relax. 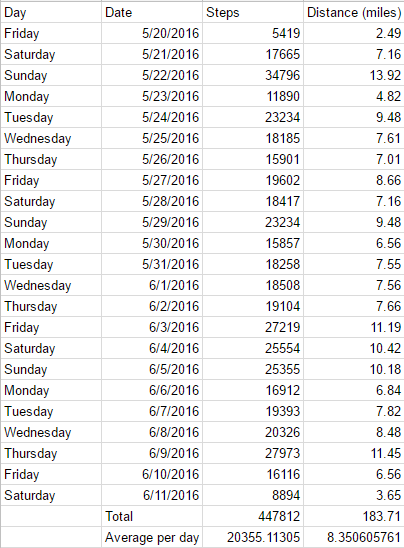 If you’re reading this blog, you probably know me well enough to know I like tracking data and keeping spreadsheets. I walked 447 thousand steps while in Europe – close to 184 miles. That’s an average of 20k steps and 8.4 miles per day. Dang! 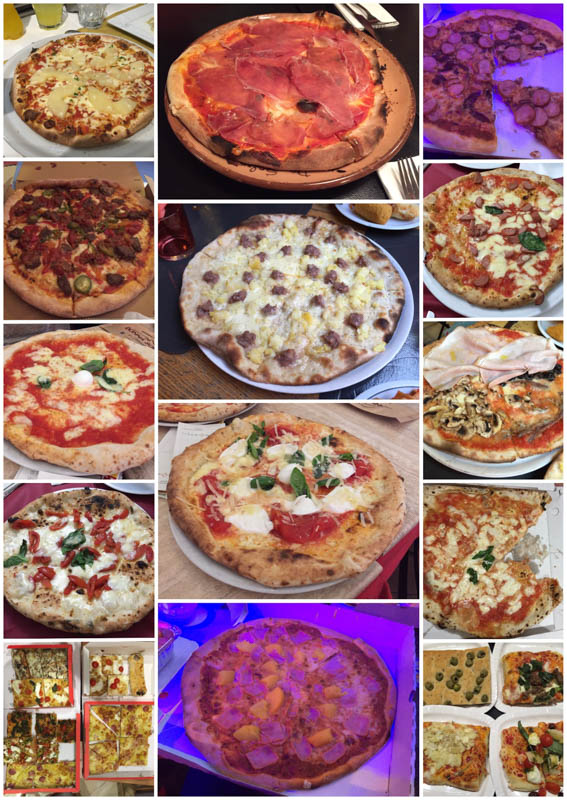 It’s a good we did that much walking too, because I’ll leave off with this photo. These are all the pizza we ate in Europe. Now of course I didn’t eat it all alone, but we certainly did a lot of eating! That walking balanced things nicely, because I had actually lost weight on the trip.

I enjoyed all the countries I visited. I know I didn’t stay a long time in any one country, but it gave me the chance to get a feel for many different places. More than any particular sight, I just enjoyed learning what each country was like. I can’t wait for the next time I get to travel internationally!

Thank you to gem for deciding to go to Europe and getting the ball rolling, my other wonderful travel companions, Anela and Antonio, and my European friends, Jessica and Andrew. You all made the trip what it was. Jessica, Andrew, gem, Anela, Antonio – you’re wonderful people. The trip would have been nothing without you. I’m so glad I got to spend that time with you. And need some help to your travel financing check this out online Payday Loan.