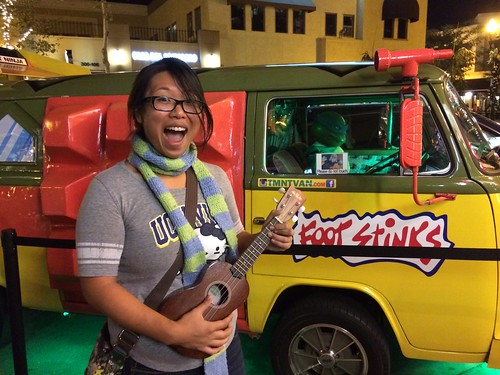 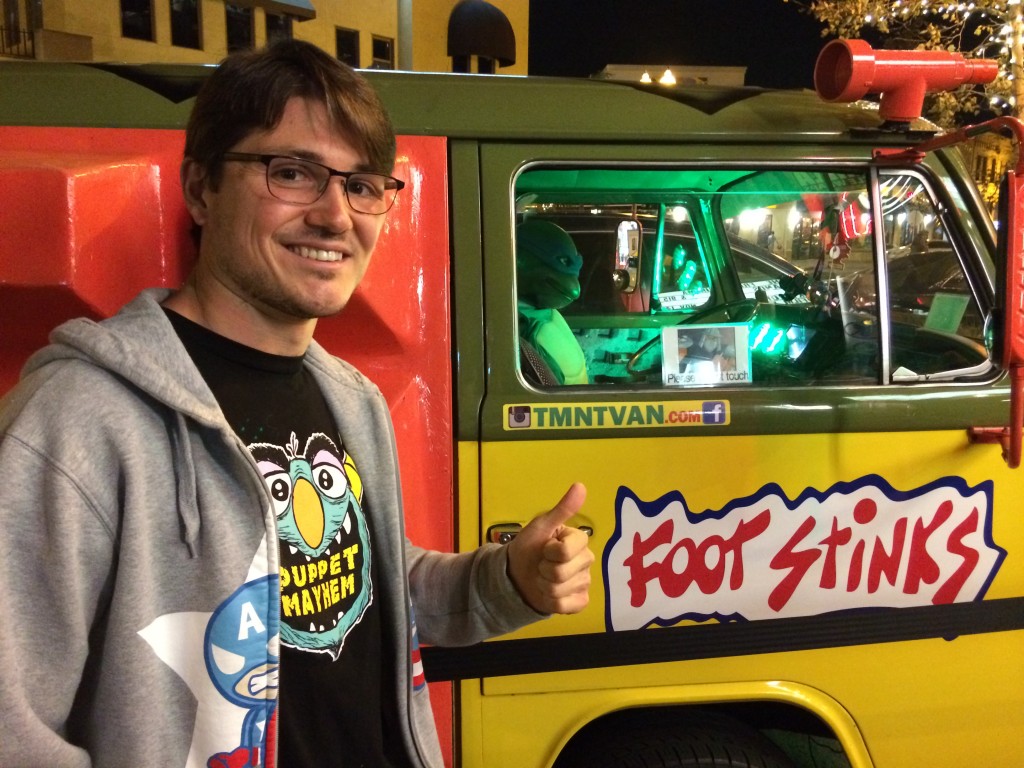 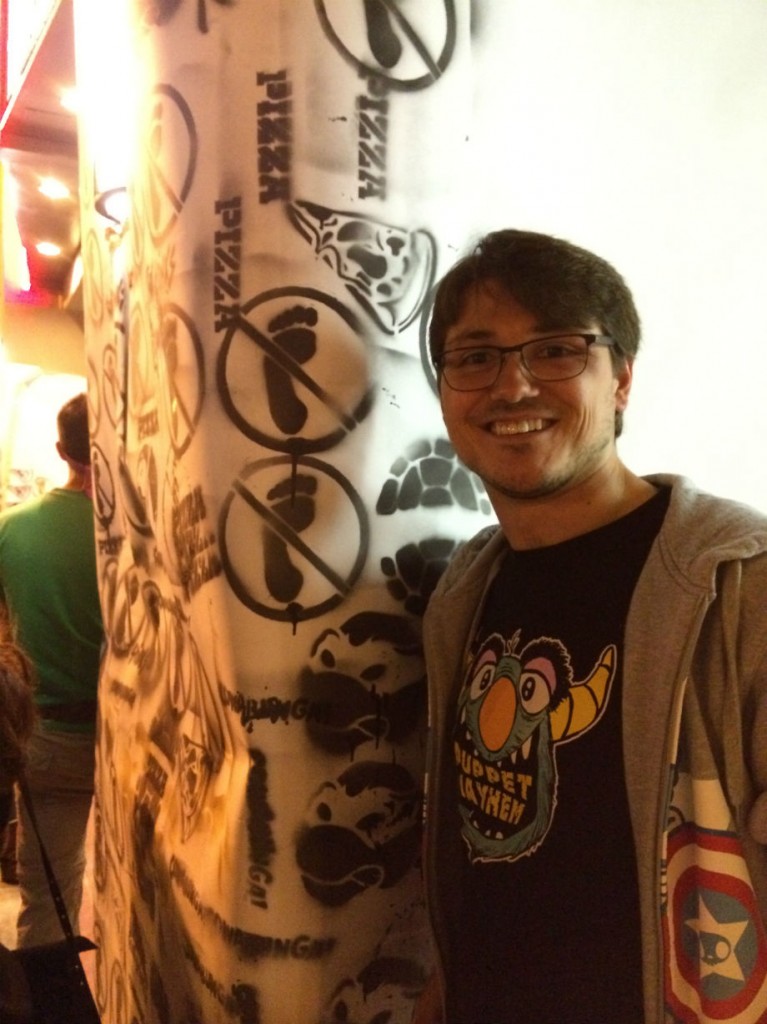 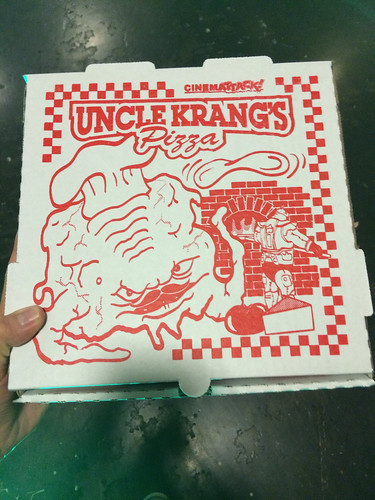 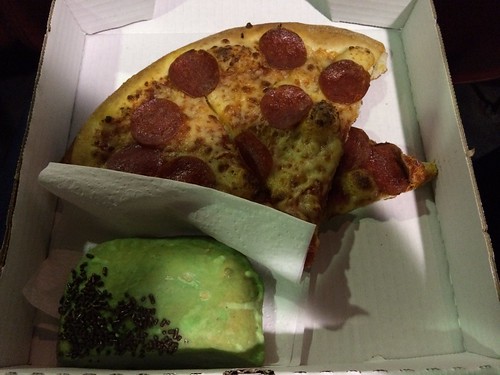 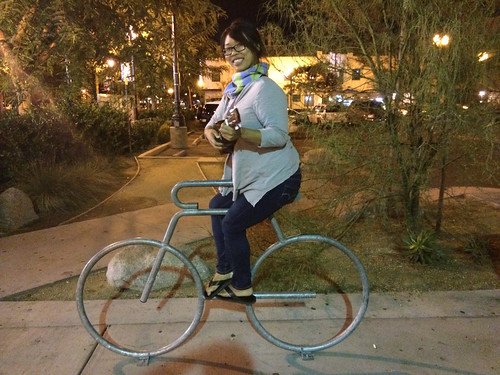 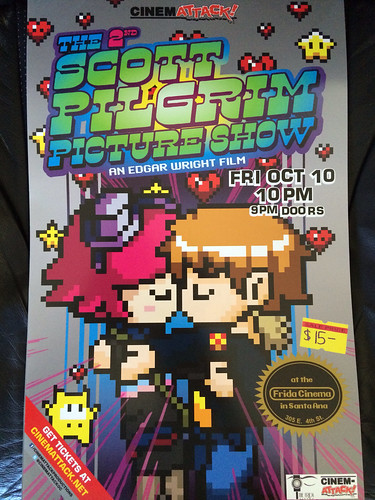 Friday night was the 2nd Scott Pilgrim Picture Show, an amazing interactive film screening by CinemAttack at the Frida Cinema in Santa Ana. The idea is similar to screenings of the Rocky Horror – a movie with lots of audience participation. I bought this poster along with a poster representing the original Scott Pilgrim Picture Show from last year too. I didn’t even notice until later that the one for last year was signed by Tyler Jacobs, the creator, and numbered.

Audience participation, a costume contest, garlic bread, a light show, and more. What’s not to love? 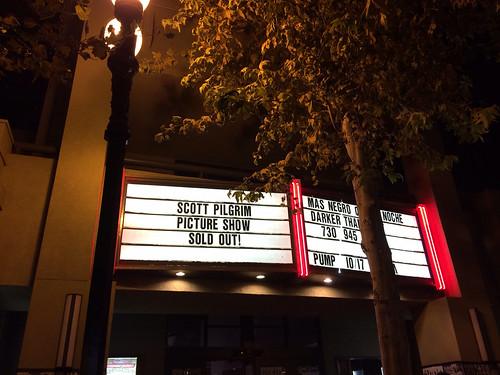 gem and I got there about 45 minutes before the doors opened so we could hang out. I had to get a picture of the marquee! 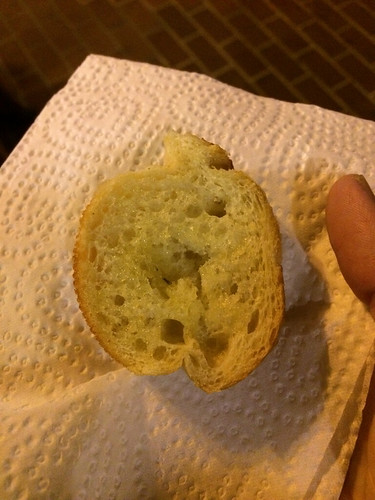 Even though bread makes you fat, they handed out garlic bread to the people waiting in line. Sweet! 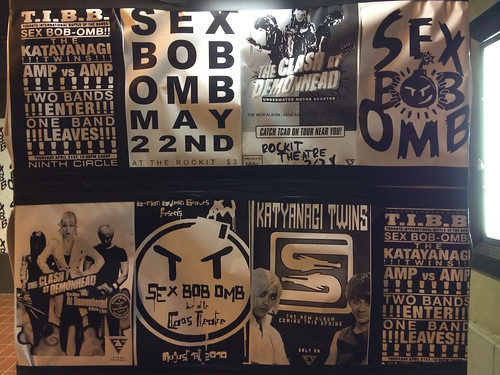 The walls were plastered with flyers for the Toronto International Battle of the Bands, the Katayanagi Twins, Sex Bob-omb, the Clash at Demonhead, and more. It was a pretty nice touch. 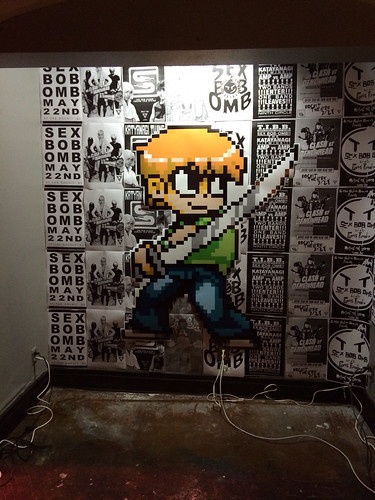 There was a photo op with Scott Pilgrim and a photographer. They said they would post all the photos on Facebook and then you could go find and tag yourself and save the photo. However, I’ve yet to see them posted. In addition, only a handful of people got to take pictures with this before everyone filed into the theater. After the screening, it was already gone. They said people could take the flyers, so I suspect someone might have grabbed this early. Oh well. 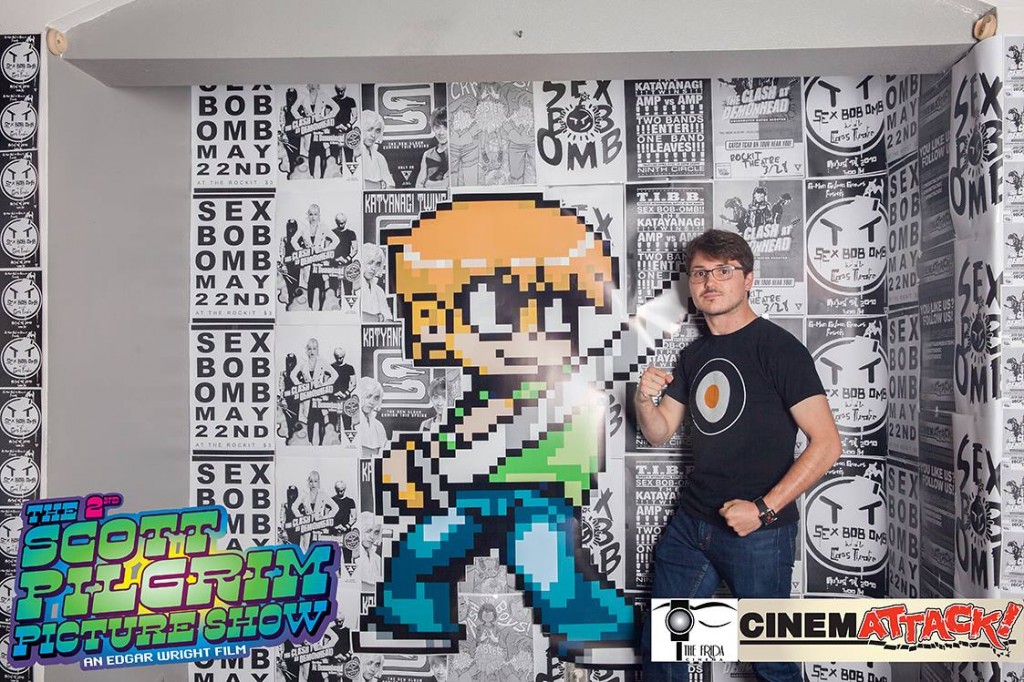 Edit: They posted them! Here I am chilling with Scott! The photo was taken at the CinemAttack photo booth, so credit goes to their photographer whose name wasn’t mentioned. They encouraged sharing the photos, so I think it’s cool that I’m posting it here. 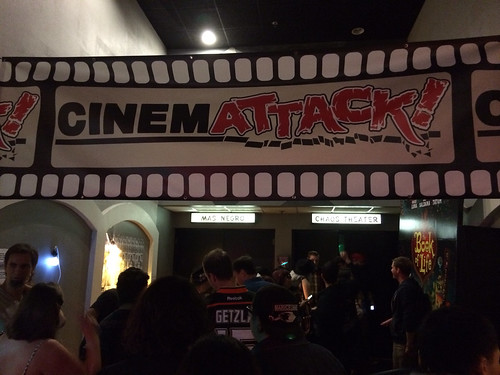 Overhead, a CinemAttack! banner was hanging. CinemAttack is the events company hosting the Scott Pilgrim Picture Show. It was created by a man named Tyler Jacobs. While I’d been looking forward to the event for some time, I hadn’t realized until the night before the show that Tyler Jacobs is Christian Jacobs’ (the MC Bat Commander, lead singer of the Aquabats) and Parker Jacobs’ (lead singer of GOGO13) brother. The a pretty rad family. I’m also glad I found Tyler Jacobs’ independently of his brothers. I had a moment to stop and say hello to Tyler as well, and he was quite friendly. I’m glad I did.

You’ll also notice the movie was being shown in the Chaos Theater! 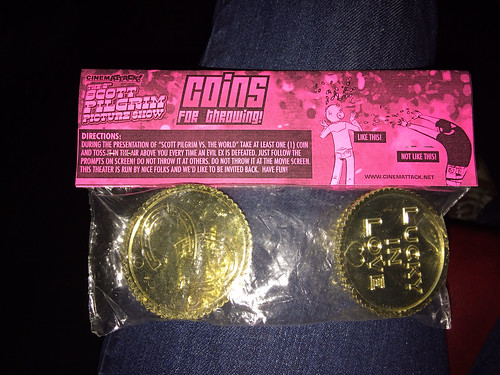 With the posters I purchased, I received two bags of “coins for throwing!” When an evil ex is defeated, you’re supposed to toss coins in the air. It was fun and definitely added to the experience. 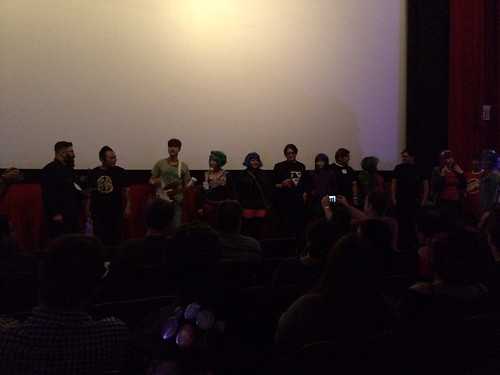 Yes, yes, this photo is horrible. Anyways, there was a costume contest as well. There were a number of Scotts and Ramonas as expected but also a Gideon and even a Vegan Police! The guy who came as the Vegan Police even had a green laser.

The movie was a lot more fun to watch in this setting. Words on the screen would direct you to yell lines aloud, and during songs, they would progress karaoke-style. There were also instructions sometimes, including high-fiving a neighbor or jumping up to pretend to play DDR along with Scott and Knives. When an evil ex was defeated, they’d remind you to throw your coins in the air. There were also light shows during the scenes with the bands playing, which really added to the awesomeness. When the Vegan Police came to depower Todd, green lasers shot out everywhere. It wasn’t enough for the fans as they began to cry out for our Vegan Police. Luckily our cosplayer saved the day; when we saw his green laser hit the screen and track Todd, everyone cheered! 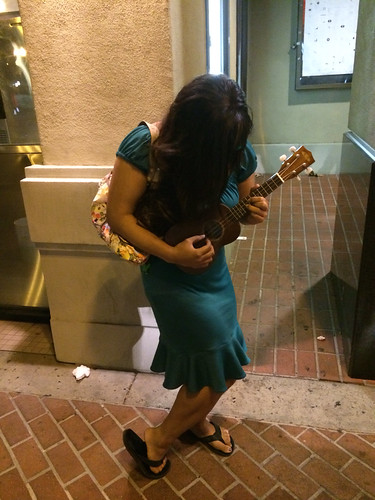 After the movie, gem stopped to pose with her ukulele like Scott does with his guitar. I wasn’t sure it was going to come out, because the lighting wasn’t great, but I’m pretty happy with the photo. gem actually hasn’t seen it yet. Hopefully she likes it too.

There are some more photos in this album.

And now I get to look forward to their next presentation: The Teenage Mutant Pizza Party!