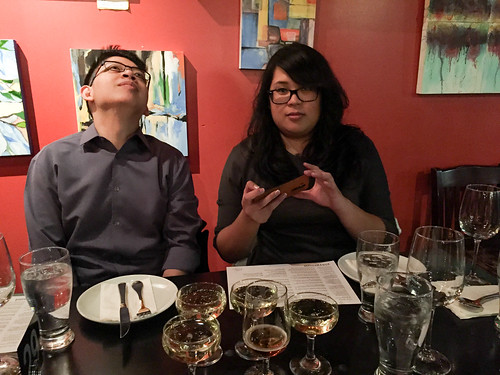 Last night I had dinner at The Playground in Santa Ana to celebrate Edward’s birthday. I’d heard great things about the restaurant, so I was pretty excited. I’ve been trying to save money, and I also heard it was expensive, so I was hoping it’d be worth it. But how could I say no to birthday meal with one of my closest friends? 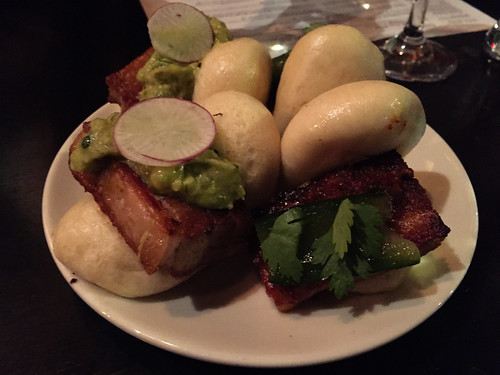 Everything’s meant to be shared, and you can order in waves. The first thing we tried as the “Jan Enters The Arena With A Steam Bun Challenge 8 to be a judge / 4ea tried & true. pork belly steam bun, forever unchanged.” Yep, that’s the whole. I feel like it’s worth including the full detail from the menu here. The Playground has a menu that changes daily, but the pork belly steam bun is a staple that’s permanent. Jan, one of the chefs, wants to change it up. You can order the original or you can pay more to be a judge – you get one original and one of Jan’s new ones, but you have to provide feedback. We got two orders of judege orders and shared so we could all try it. The classic has guacamole and radish (so not exactly what you’d normally expect anyways) whie the new one Vietnamese-inspired with spicy… something… I can’t remember or tell from the picture now… and cilantro. I can think of a few close friends who wouldn’t like that, but all four of us agreed – Jan’s new dish wins! It was delicious! 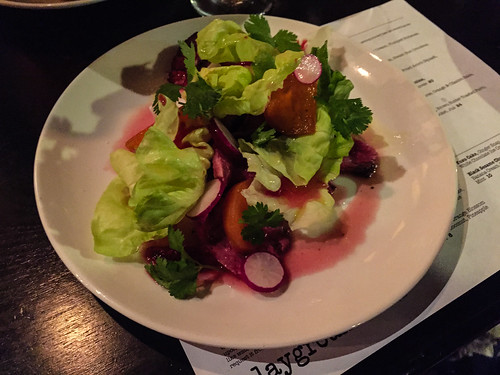 Next up was this salad. What are these words I don’t know? Wagyu are a variety of cattle breeds, including Kobe, known for high quality beef. Obviously. And picanha is a popular Brazilian beef cut. Honestly, the salad was one of the my least favorite items on the menu, but that’s mostly because of how awesome other things were. 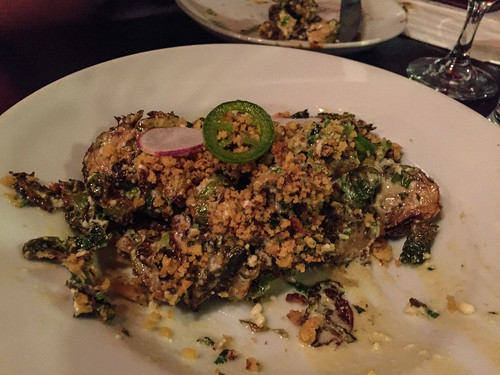 Holy crap. I think this was the best thing I tasted all night. Can I figure out how to make this? Maybe? It was amazing. I’m going to try to reverse-engineer this. 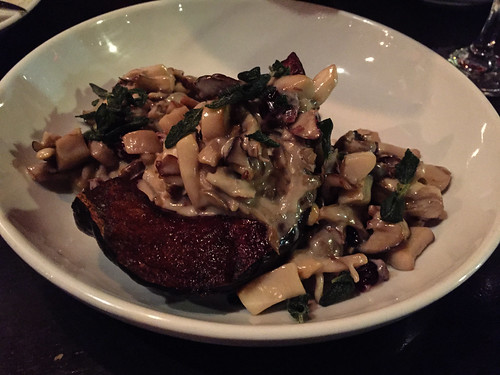 This was pretty tasty, but it paled in comparison to the amazing Brussels sprouts. 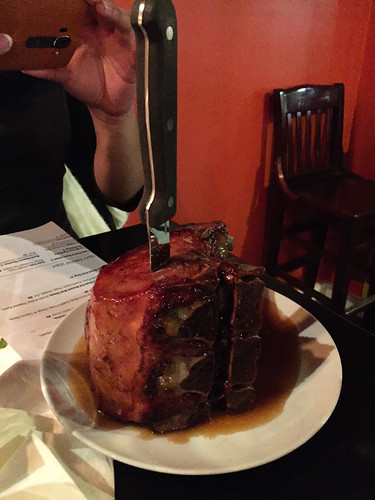 The pork chop came out next. Just look at that thing! They recommend you only order it if you have four people. gem carved it up for us, and man, was it good. That maple glaze was dripping with deliciousness, and I was sure to swirl each bite around in the glaze left at the bottom of the plate. 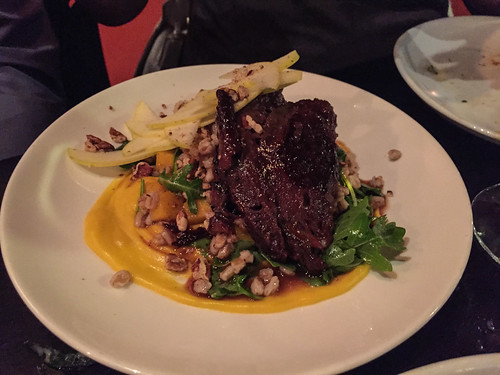 I didn’t realize how amazing beef cheek was. The beef just fell apart in my mouth and practically dissolved. Poor Edward was getting full at this point, but I devoured it. 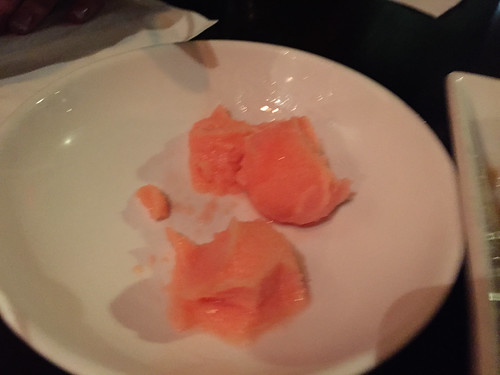 Honestly? Kind of meh. But it worked well as a palate cleanser between dishes. 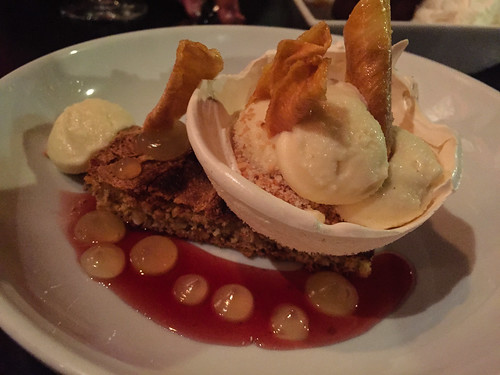 This was the dessert I really wanted, and I’m glad we ordered it. It was tasty, but it wasn’t the dessert winner in my opinion. That honor went to… 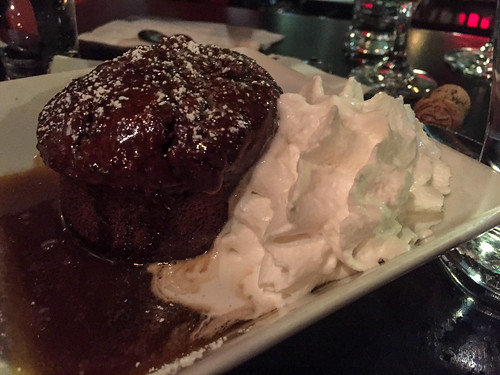 …the toffee pudding! Amazing. Can I cover it in Brussels sprouts and stuff it with pork chop and beef cheek? No, that wouldn’t be a good idea? I guess that’s why I’m not a chef.

This might have been one of the best meals I’ve ever had. In addition, the service was great, and the staff was very friendly. So, maybe I didn’t a great job saving money and not eating out, but it was certainly an awesome meal. 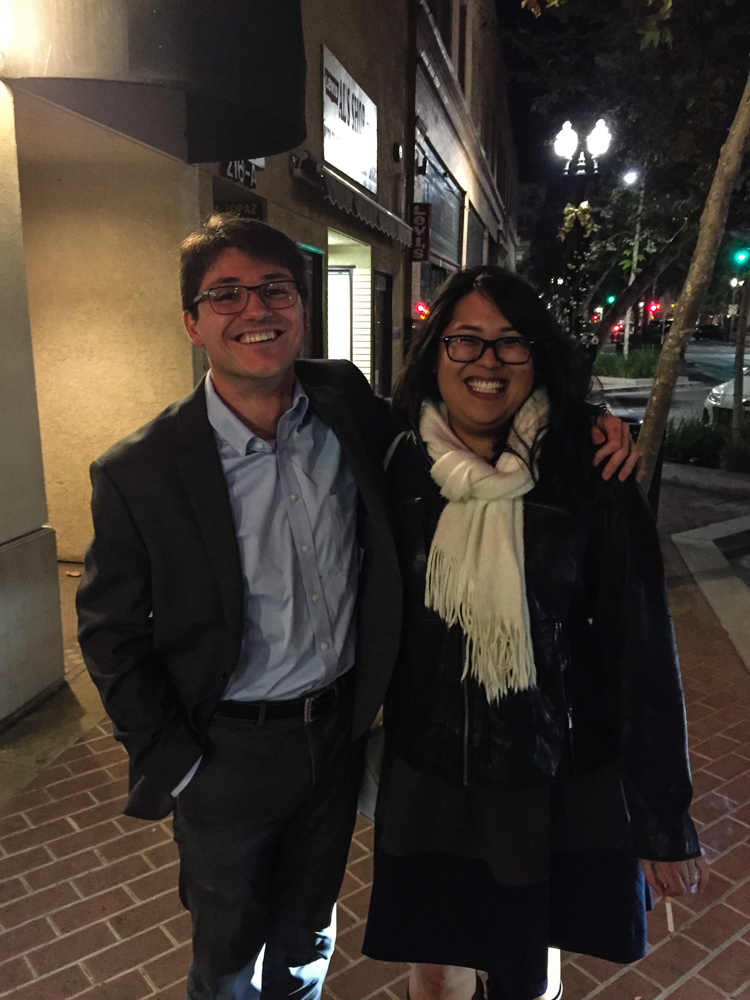 As an added bonus, here’s a photo of me and Carrie! You’d think there’d be one of me and Edward since it was his birthday. There is actually, but it wasn’t on my phone, so Carrie wins. Thanks for the fun meal everyone! 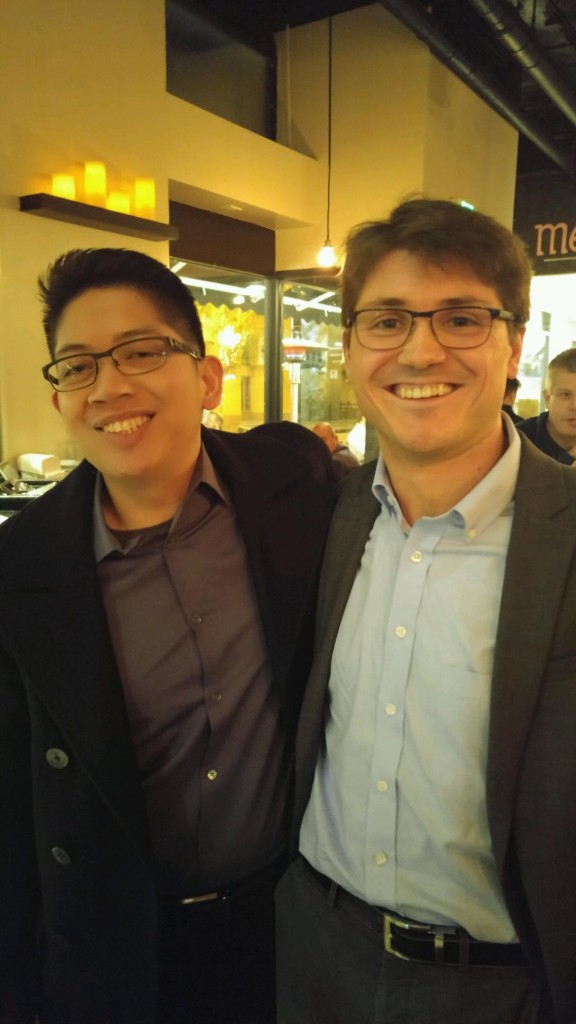 Edit: Carrie gave me this great photo of Edward and me! 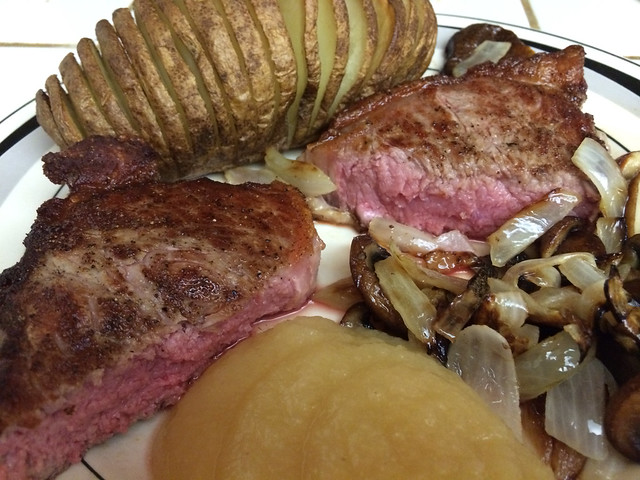 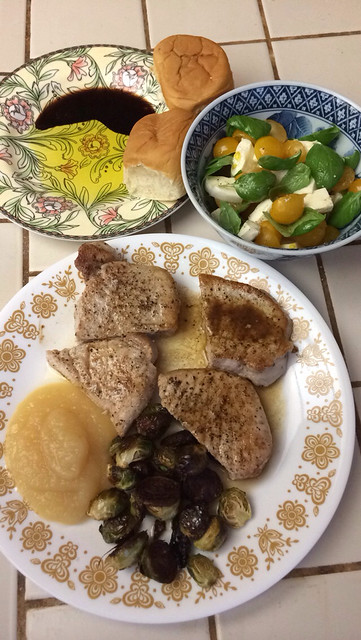 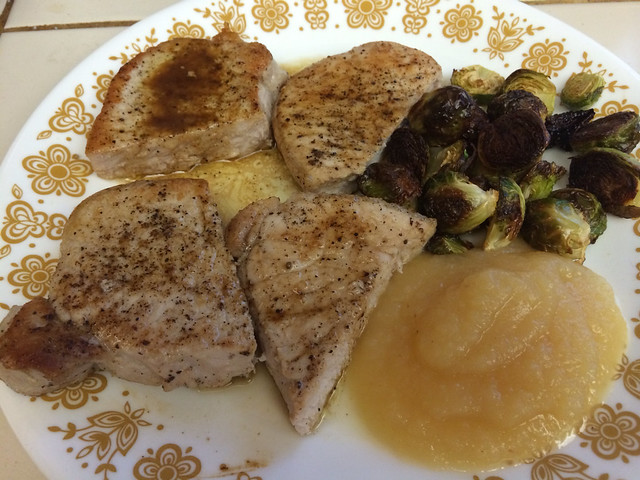 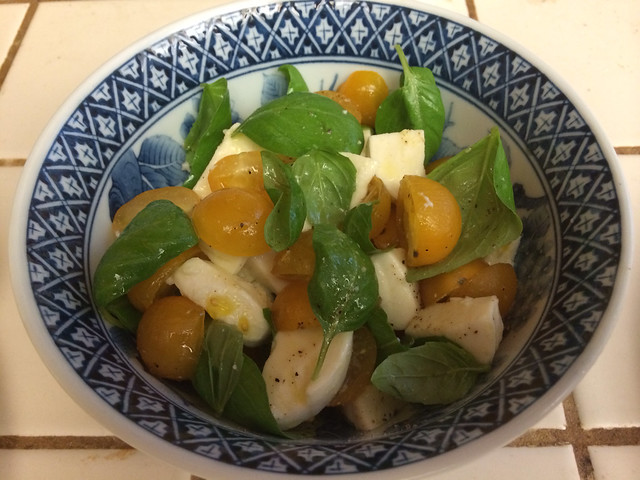 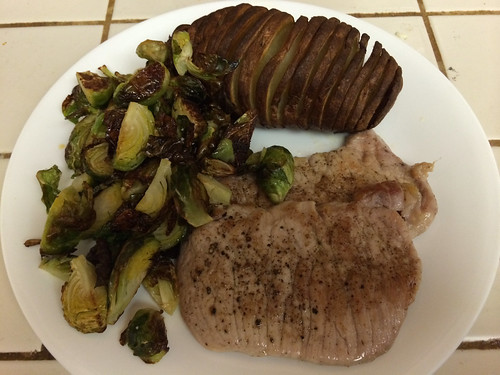 Delicious. Pork chops, potato, and Brussels sprout. The pork chops were super cheap too. I usually stick with beef because I don’t have to worry about undercooking it, but this worked wonderfully. 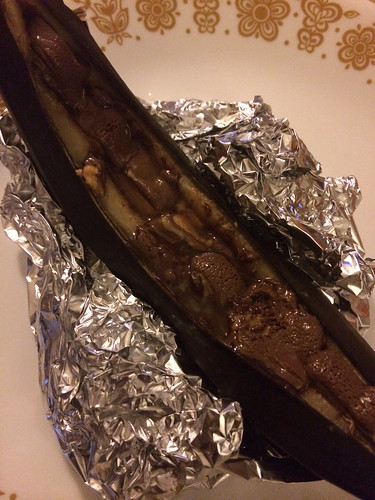 You can’t forget dessert. I put milk chocolate peanut butter bears (essentially peanut butter cups) in the sliced banana before baking it. I had some Albertsons butter pecan ice cream with it too.