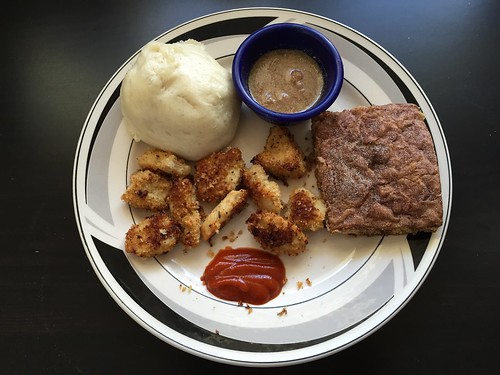 I went to a potluck for the Mayweather-Pacquiao fight this weekend. I’m disappointed that Pacquiao didn’t win but not surprised. The food was really tasty though!

I made jalapeño poppers and bacon-wrapped dates yet somehow didn’t take a single picture of them. My parents had pasta salad, hummus, pita, chips, salsa, cookies, and candies. Mark and Elena brought ribs. Duncan baked snickerdoodles while Collin brought garlic chicken bites. I was cooking at the same time as Collin and got to try them repeatedly during the cooking process. Tasty! 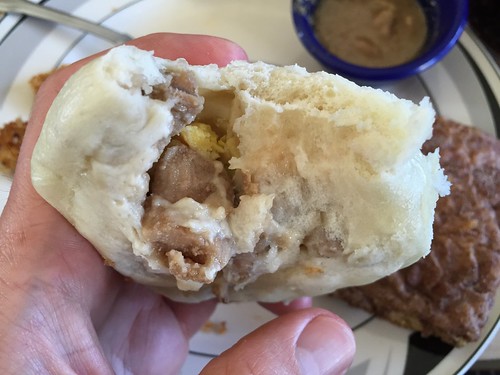 gem brought pork buns, two flavors of homemade ice cream, and homemade guacamole. The buns had egg in them too and were delicious! 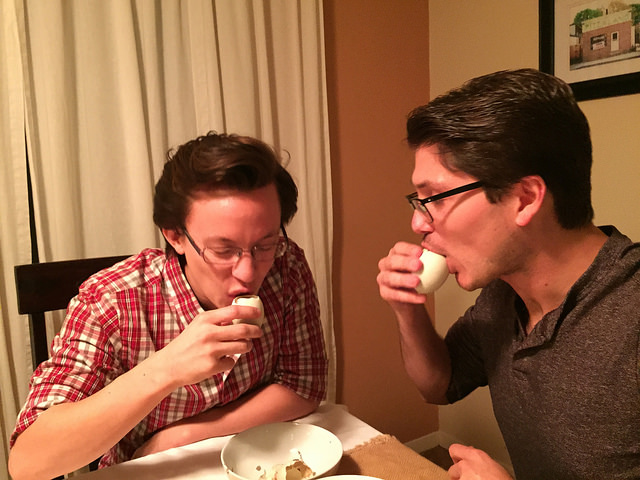 She also brought balut! Non-Filipinos always seem so scared of this, but it was tasty! I read about how different cultures season it differently, so I’m pretty curious to try it again with some variations. 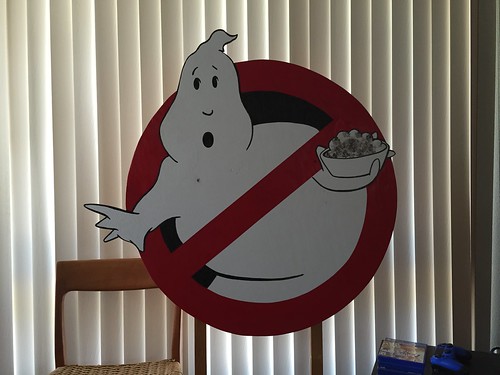 Pete also decided he didn’t want his Ghostbusters sign anymore, so it came home with me! It lives in the living room now.

This was originally used during the chili cook-off. Joseph made a chili with ghost chilies, so Pete the sign for us to use. Since then, it’s been sitting outside at his house. Pretty sweet!

It was a really fun potluck, and I got leftovers too! Even Sumo and Angel got to eat some delicious ribs. Yay!

After Wayzgoose on Saturday, I went to Buffalo Wild Wings with some friends for Barcraft for lunch. I ate a bunch of wings, as you might expect, and brought some home with me to eat for dinner while watching the fight. Pacquiao was fighting Bradley again, and I was pretty excited to watch. I eventually learned that BWW was showing the fight, so in the evening I went again (but to a different location at least).

There was a $10 cover charge per person to watch the fight, but it was worth it. It was pretty full when we got there, but a guy had two extra seats at his table because two of his friends couldn’t make it, so we sat with them. It made watching the fight much more enjoyable. It was a pretty great fight. I think both Pacquiao and Bradley fought a bit differently. I was happy with the fighters and with the judging, which seems rare. 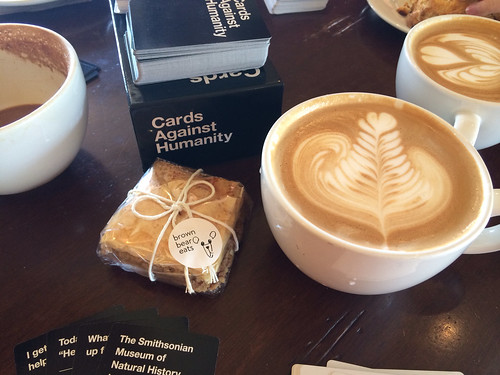 This afternoon I went to Kean Coffee to play Cards Against Humanity with gem, Jessica, and Erica. It was a lot of fun. We should have been doing this regularly. 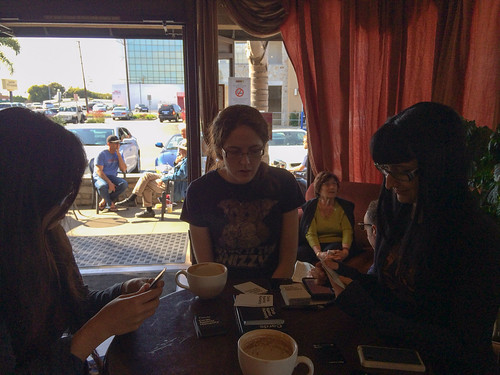 I also got some sweet towels and a wetsuit from Jessica. Woo!

And then, for dinner – well, remember those wings I brought back from lunch that I was intending to eat for dinner? And then remember how I ended up going back to BWW? That means I still had more wings, so I had wings again. Ugh. No more chicken wings for a while I hope. I think 27 wings might be too much for a single weekend!