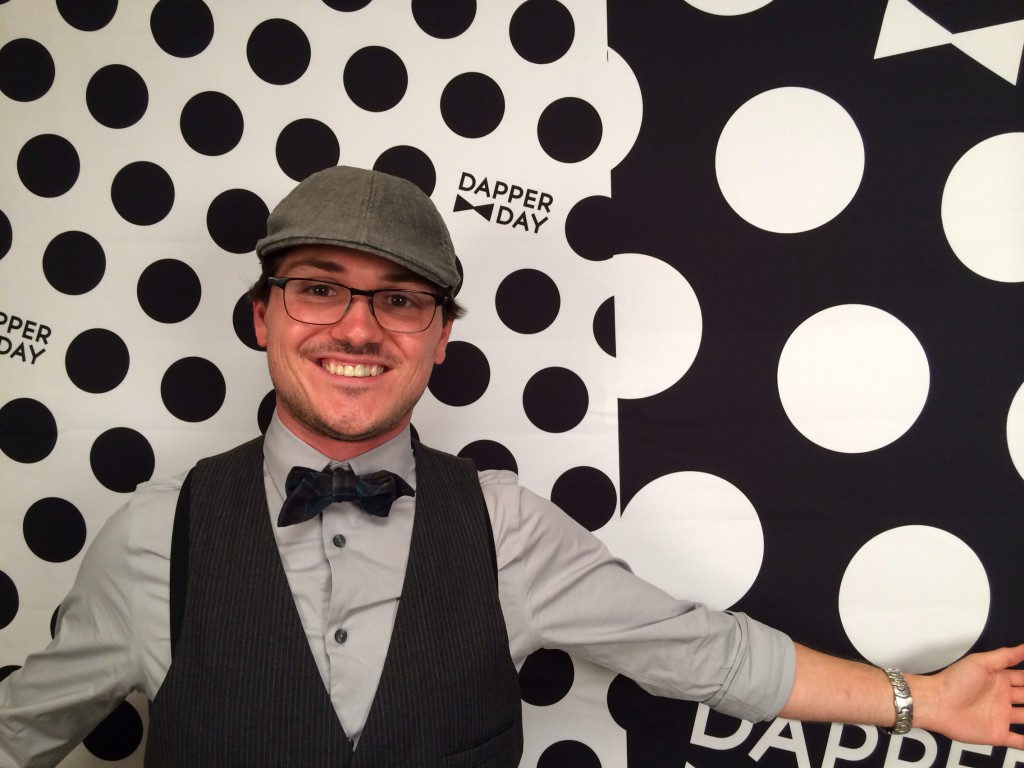 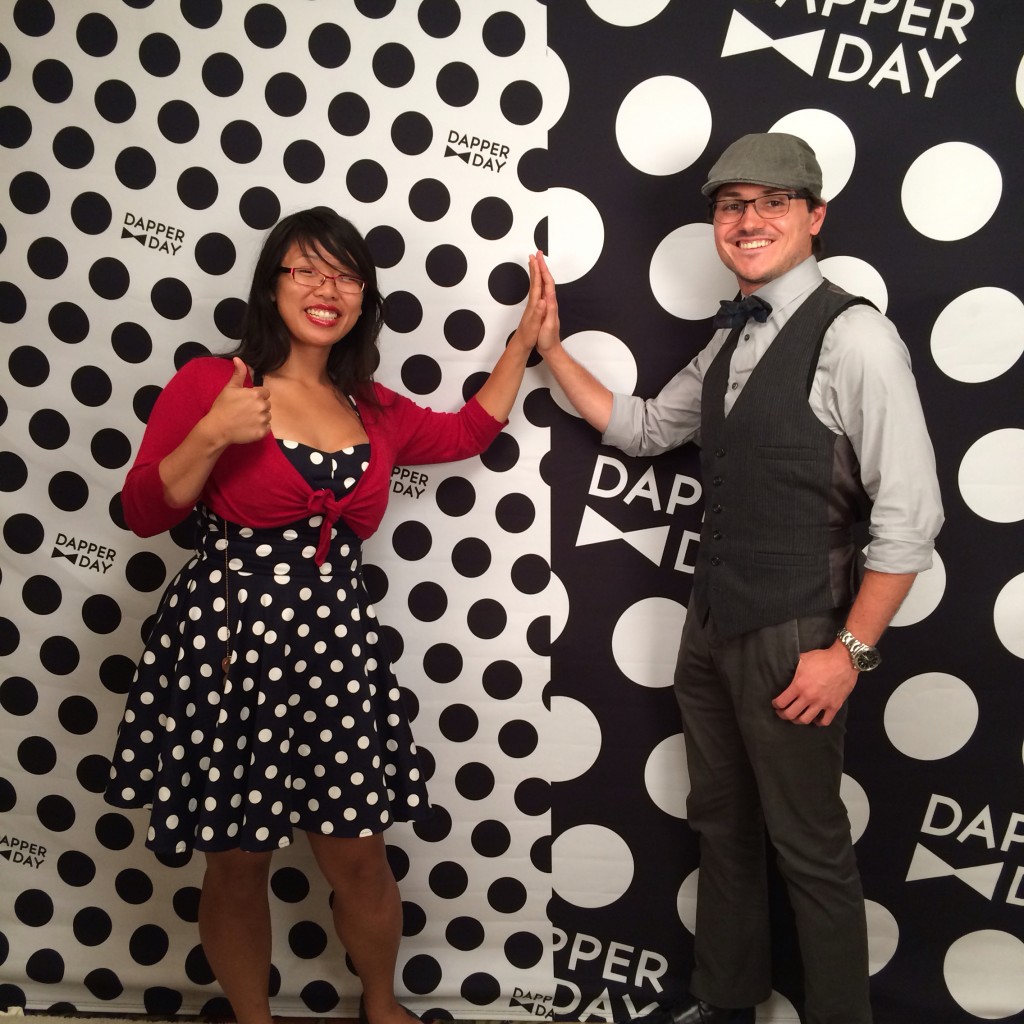 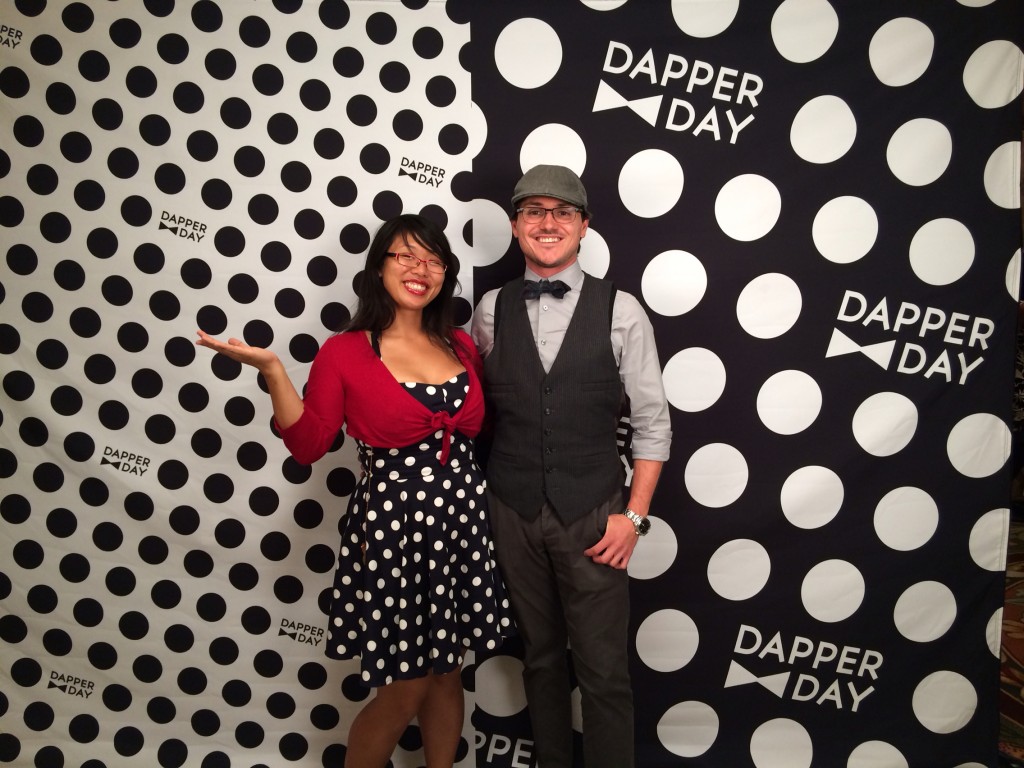 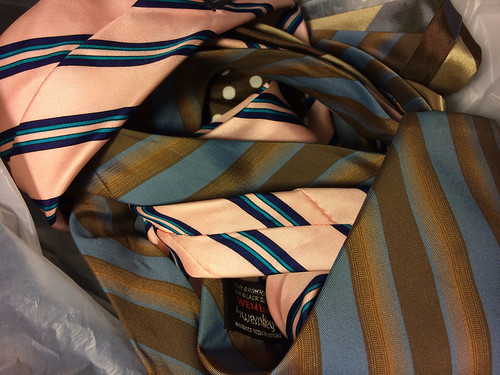 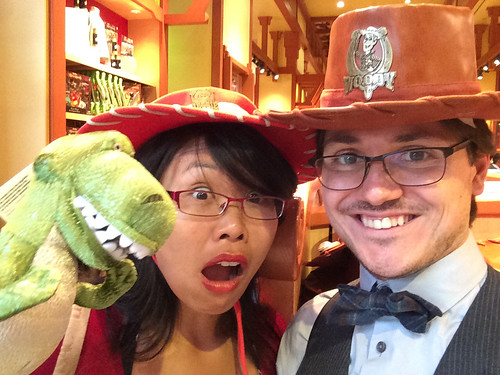 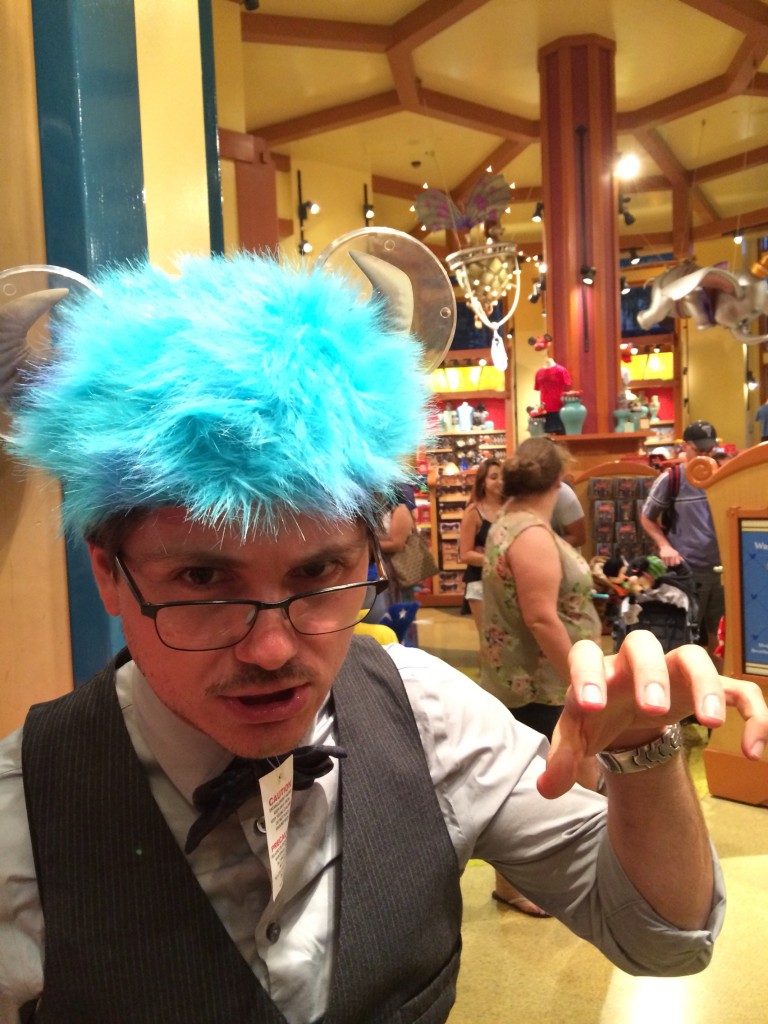 On Sunday, we spent our time wandering the Exhibit Hall. 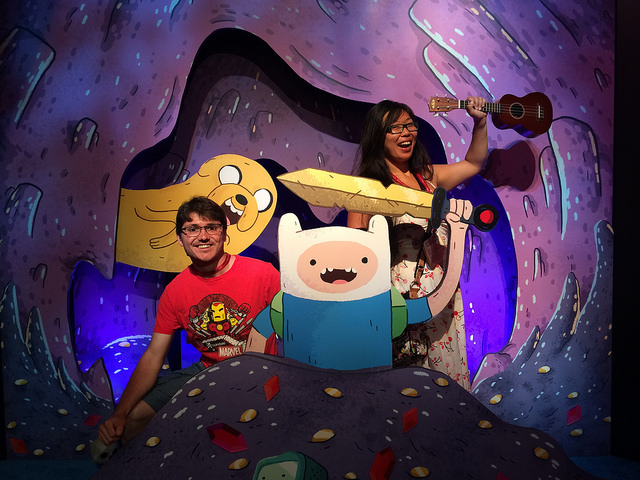 gem and I stopped at this great Adventure Time photo-op. 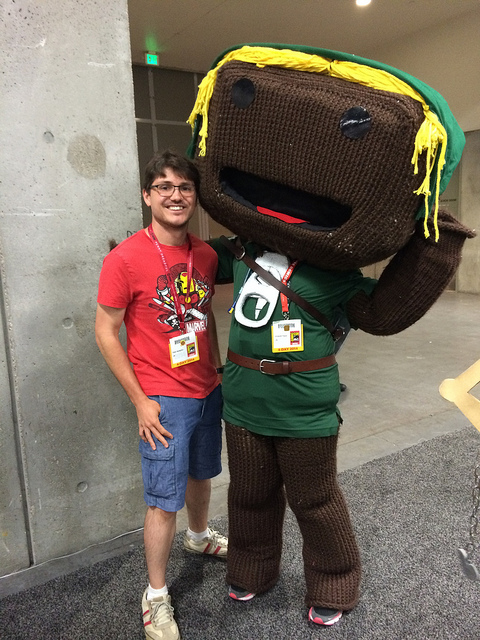 We also saw someone cosplaying as a Sackboy Link. 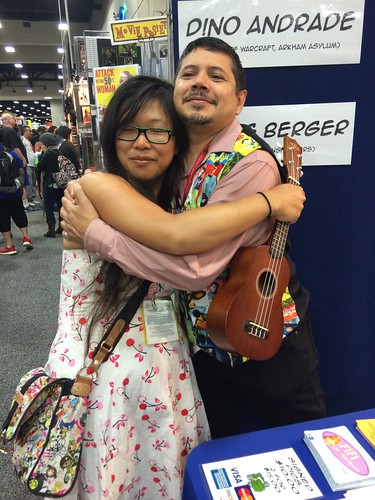 We met Dino Andrade, a voice actor. He’s done a bunch of different voices, including some from World of Warcraft like Mimiron and, my favorite, Professor Putricide. He even said some of their lines, which was hilarious. 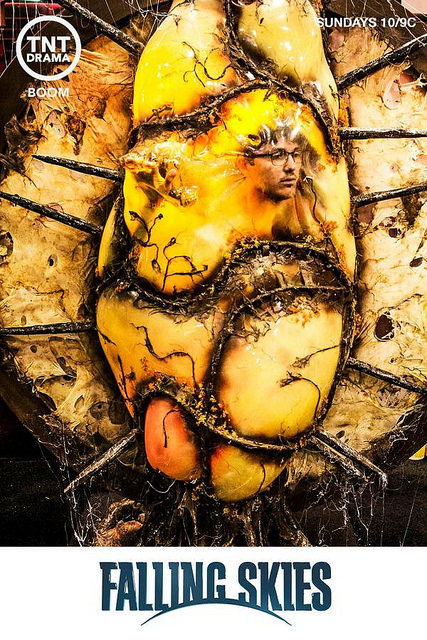 I’ve never seen Falling Skies, but I had to stop for this photo op too! It seemed fun. 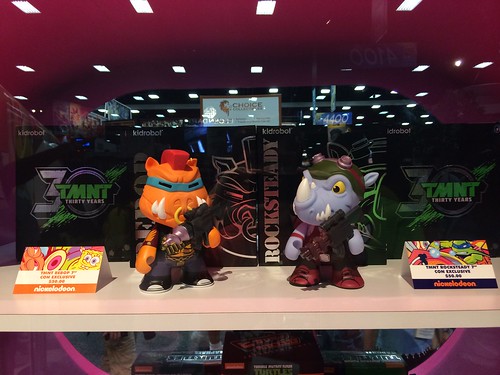 I know this isn’t super exciting, but check out these Bebop and Rocksteady vinyl toys. I also got a free Hot in Cleveland comic book. It was actually amusing and was about the women from the show surviving a zombie outbreak. 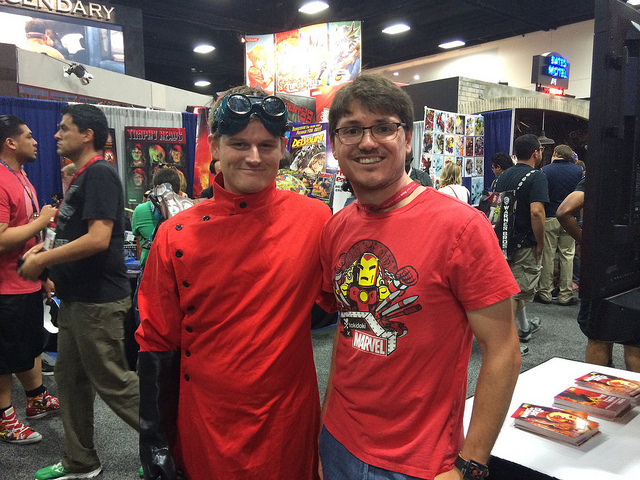 This Dr. Horrible cosplayer told us to stay horrible. However, he was actually quite pleasant. 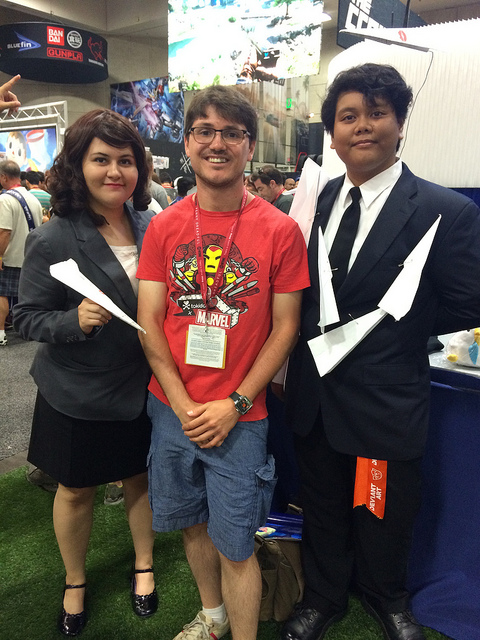 At the Behemoth booth, we met a couple cosplaying Pixar‘s Paperman. Amazing! It was such a good idea, and they did a terrific job. 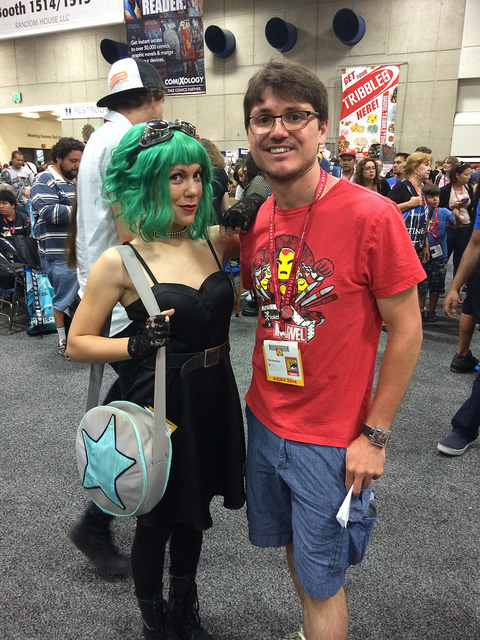 Before leaving, I bought three DIY vinyl toys. They look like little NES cartridges. I’m looking forward to customizing them.

After leaving the convention, we tried to eat at Hash House A Go Go, but the wait was so long that we passed. We ended up eating at El Zarape Mexican Restaurant, at which we’ve eaten in previous years. It was super delicious! Rolled tacos, carne asada fries, burritos, yum yum!

And that was pretty much it! I’m sad it’s over, but I’m also tired. However, I’m already looking forward to next year!

For bonus photos I didn’t include in the blog, check out my Flickr album.