After work last night, I went to dinner with my brother. He’s leaving for Recruit Training soon, so this will be the last time I see him for a little bit. We went to Olive Garden, and the two of us ordered what we always order. At the end of the meal, a waiter who wasn’t serving our table, Brad, came over to tell me that he liked my shirt and the band it represented and was happy to see it, and he shook my hand. I was wearing my “one fish, two, red fish, reel big fish” shirt. Cool!

Anyways, it was nice seeing my brother again before he leaves. I’m proud and hope he does well.

After dinner, I met with my friends Michael and Bonnie to go to the Wet Hot Skamerican Summer concert at the House of Blues Anaheim. I wasn’t familiar with any of the bands, but they were all quite entertaining, and I had a very nice night. 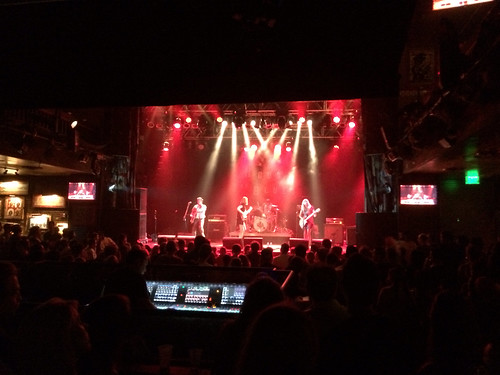 The show opened with Sugar Stems, an indie rock band from Milwaukee. They had a pleasant sound with a great vocalist. I really loved her voice. Now that I’m thinking of it, they remind me of Plumtree a bit. I’m not going to make specific comparisons because I’m tired, but they were excellent. The band consists of two married couples too!

Okay, I’m listening to them on Spotify right now. Wow, I really love them. 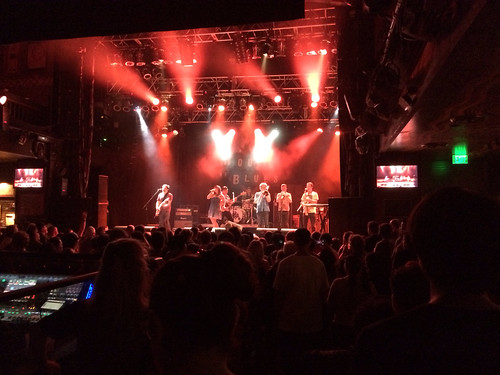 Next up was Papafish, who might have had the biggest following of all the bands if the audience was any indication. They were a fun ska/reggae band that played mostly original music. One song opened with synthesizers that reminded me of the Eurythmics’ Sweet Dreams. Makes sense because it really was a cover. 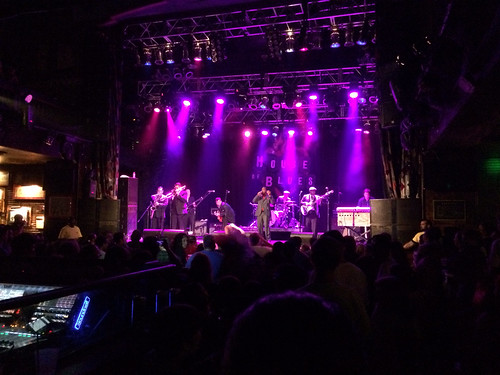 The middle act was the Angel City Records Soul Revue. The act kept the core band constant but rotated members between songs. It was a record label from LA that specializes in soul, R&B, ska, rocksteady, and reggae (according to their site), and that’s pretty much what I could infer from listening. It was nice to get some related genres that are little different than what I normally hear at a ska concert. Of course, it also helps that they were good. Their site indicates that they featured Jackie Mendez, Xavier Lynch, and The Soul Vibers. 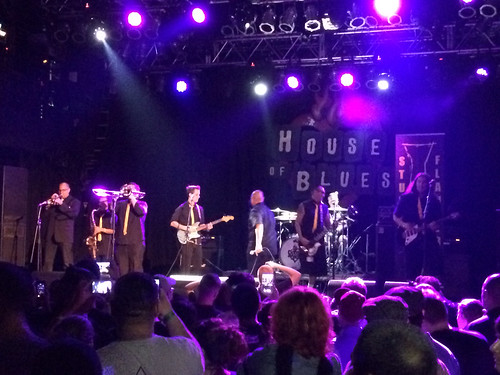 The fourth act was Stupid Flanders, and they had great energy. They’re a ska band from Fullerton. Their music was great, sure, but those orange ties… oh boy! 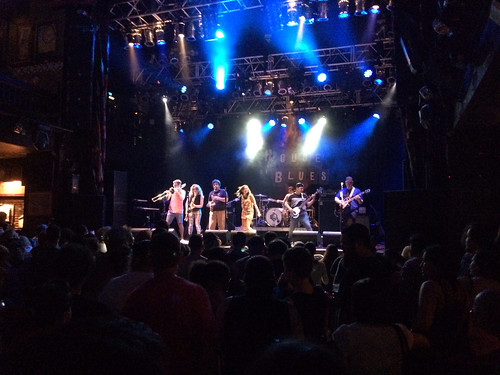 The last band of the night was Half Past Two. They were excellent with a strong horn section and a lively, animated lead singer. She really knew how to work the crowd.

I’d be happy to see any of these bands again. I took a gamble going to a show consisting only of bands with which I wasn’t familiar, but it definitely paid off! Plus it was a lot of fun hanging out with my friends!