Happy Windows 8 launch day! It’s nice that it’s finally here, but I suspect that we’ll have a lot of customer questions despite our preparations. The Windows 8 launch was one of a few causes of stress this week. Hopefully next week will be calmer.

For lunch today we went to P.F. Chang’s before heading over to the Microsoft Store. We wanted to play with Surface ourselves. The first thing I noticed was how nice the Microsoft Store itself was. It was bright, colorful, and very welcoming.

The Surface was fun to use, and the keyboard was interesting. There are two type of keyboards. The first is the Touch Cover. It’s a cover with a touch sensitive keyboard and touchpad. The keys don’t actually depress, but you can feel individual keys. It felt a little odd but worked well. The second keyboard is the Type Cover. It’s similar to the Touch Cover but has keys that actually depress. It’s like a laptop keyboard.

The Surface itself felt solidly built. Even the integrated kickstand felt secure and useful. I just wish the Surface Pro (with Windows 8 Pro rather than Windows RT) was available now rather than in three months. There hasn’t even been an announcement of the price!

There were no surprises relating to software. Windows 8 is, no surprise, the same Windows 8 that we’ve been using for a while now. There’s also no Windows 8 family pack or bundle, which is unfortunate. Most people probably have more than one computer. I have at least three that need to be upgraded. Of course, Windows 8 Pro is only $39.99, so I can’t really complain.

I’m pretty excited about Windows 8. It’s hard to predict how receptive the general population will be, but I suspect that after the initial fear of the unknown calms down, people will be fine with Windows 8. While I don’t use the “new interface” at all really, I’m frustrated using Windows 7 computers. I’m anxious to see what other Windows 8 devices are released, especially by Toshiba. We’ve already announced an ultra-book with a slide-out screen, converting between a tablet and laptop. It uses full Windows 8, not Windows RT. Microsoft is almost entirely pretending that the Surface Pro exists, which might be a strategy to keep its OEM partners happy. After unexpectedly entering the tablet market, by only providing a Windows RT tablet, they’re allowing OEMs (whether intentionally or not) to fill the hole with Windows 8 devices.

By the way, Microsoft gave everyone in Toshiba’s Digital Product Division a box like the one in the photograph. It contained a Windows 8 t-shirt, a stress cube, some stickers, a bag, and a pen! Sadly it didn’t contain any hardware or even a copy of Windows 8! Has it been long enough that I don’t have to be embarrassed by this? Beatbot the Beatbox was a game that I attempted to make a game development course at UCI. It never got anywhere near completion. You can read more about it here, where you’ll also find a PowerPoint presentation, documentation, and the download. 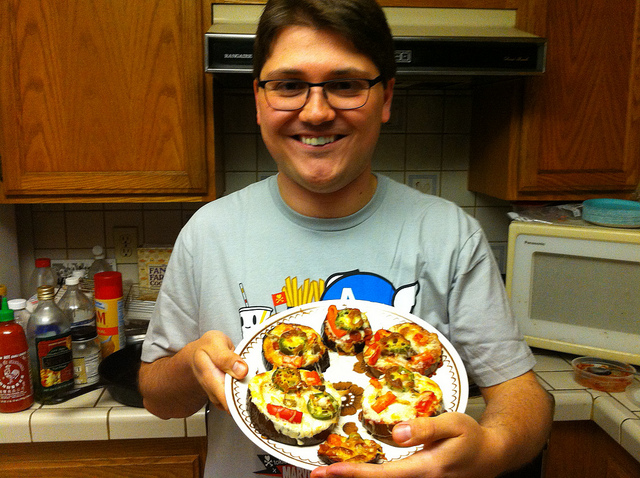 I had to prove that I could make dinner myself. I wanted to make low-carb pizzas so I used slices of eggplant for most of the “crusts.” I used a portobello mushroom for one of the crusts. Toppings included chicken, turkey pepperoni, jalapeño, mushroom, and red bell pepper. Some had homemade pizza sauce that my roommates made, some had alfredo sauce, and some had both. They were super tasty. 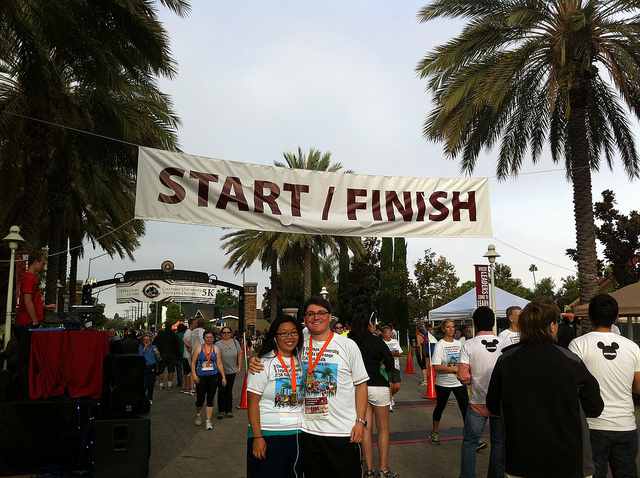 Edit: The results are online now.

A couple days ago on 9/30, I tried to make a post on WebPageless but got an odd error. After trying repeatedly, I noticed it now said WebPageless had zero entries. When I listed the posts, it saw all of them except the most recent five. Trying to edit any old entry failed though.

It appeared the database was corrupted.

Luckily, I had backed up all my entries a month earlier. Because I was using an incredibly out-dated version of Movable Type, it seemed like a good time to upgrade. I decided to go with WordPress, which is what I’m using on my two other blogs – Korkron501st and Polygons and Pixels. Those two sites are hosted on WordPress servers though, so this would be a little different. I’d be installing the WordPress software on WebPageless.

The installation was relatively easy, and it imported by entries from Movable Type easily. I had to manually add the posts from the last month, but it wasn’t too difficult. Movable Type didn’t have tags, so I added some tags and reorganized things a bit. And now here we are.

It feels a little odd to have something that looks like a standard blog rather than something custom, but WebPageless never had a custom backend anyways, and the front looked amateur-ish. I guess it’s not a big loss. I can always do more customization here anyways.