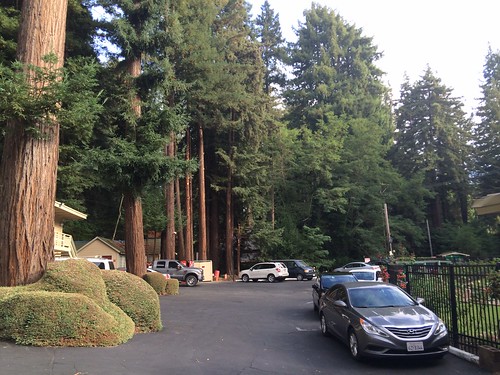 Sunday was Katie and Matt’s wedding in Ben Lomond. To make a weekend out of it, gem and I decided to spend Friday through Monday in Northern California. After a late start on Friday, I drove to Ben Lomond in Santa Cruz County. Here’s a photo of our hotel, the Quality Inn & Suites Santa Cruz Mountains. The drive was relatively uneventful but fun given that I enjoy talking! We didn’t actually reach the hotel until about 11 o’clock, so this photo is from Saturday morning. It was quite beautiful. Unfortunately, there was an odd smell that caused us to keep our clothes in the car, but let’s not dwell on the negative. 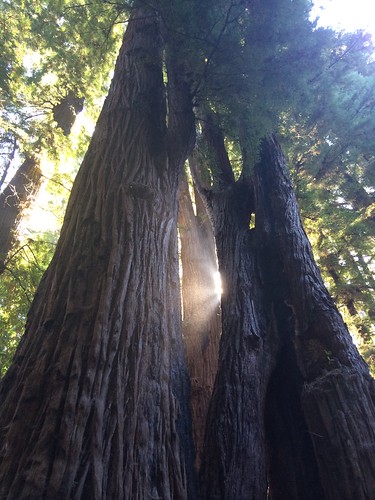 Saturday morning we went to the Henry Cowell Redwood State Park for a hike. It was absolutely gorgeous! Southern Californian hikes are terrible by comparison. 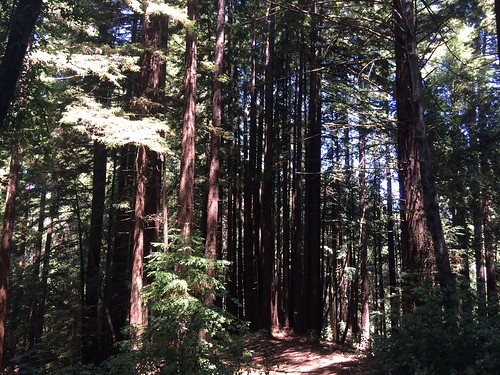 It was about 10 when we got there, which felt like a late start. It wasn’t really. I’m just used to hiking in direct sunlight down here. It wasn’t hot at all, and I probably didn’t even need sunblock. 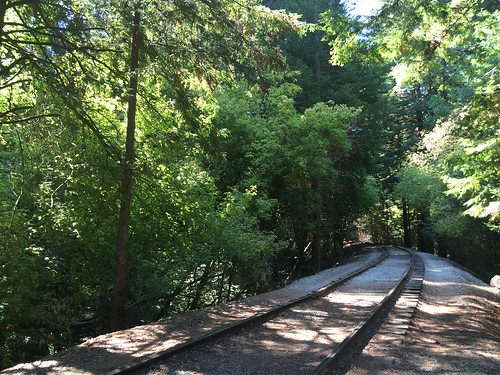 gem and I discussed wanting to see wildlife, and when we heard a train, our conversation segued into the idea of “wild trains” being native to the Santa Cruz area. You see, they spend their whole lives growing tracks and migrating across the lands. When they die, their offspring can use the tracks grown by the previous generations. 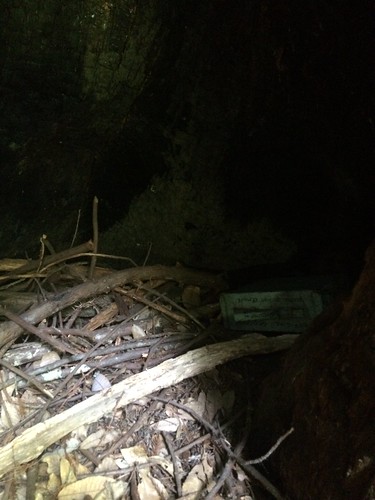 Look what else we found while hiking! What could that be? 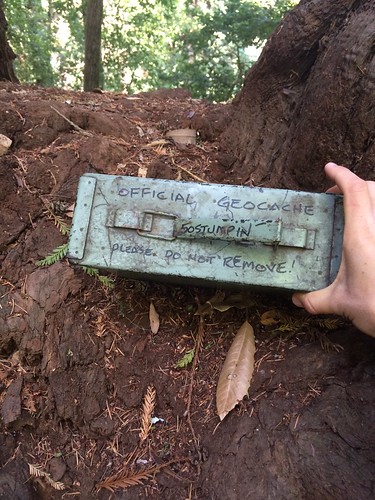 It was a geocache! I fail at geocaching most of the time, so I was pretty happy to find this one in a tree stump. 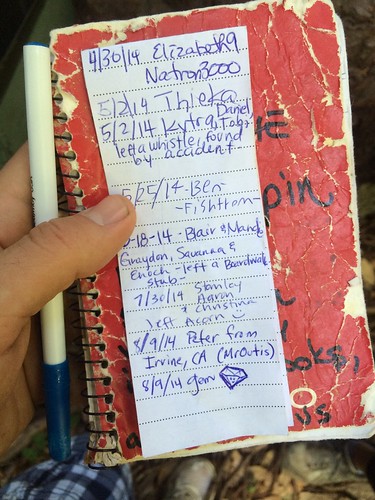 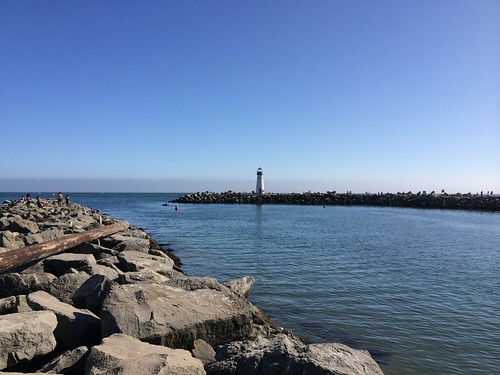 After hiking, we went to the Best Western Plus Inn in Scotts Valley to meet with Marc and one of his friends. He drove us to the beach to meet his other friends, only running one red on the way. Okay, he caught it half way into the intersection and backed up. No harm done.

By the time we got to the beach, his friends were leaving to go back to the hotel. We walked around a little in attempt to get to the lighthouse, but after realizing we were on the wrong side of something, we just decided to leave. 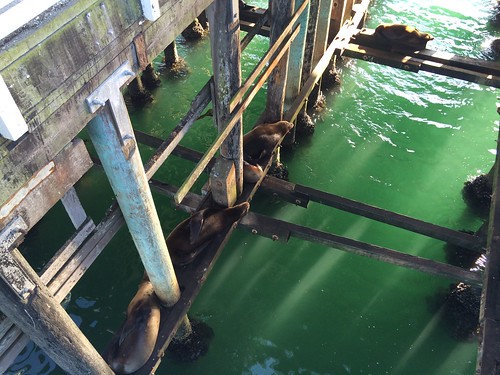 We headed toward to Santa Cruz Boardwalk and strolled along the wharf after getting some delicious ice cream. Looking down through the pier, we saw some adorable sea lions! They were pretty cute. One kept trying to jump out of the water but couldn’t quite make it. 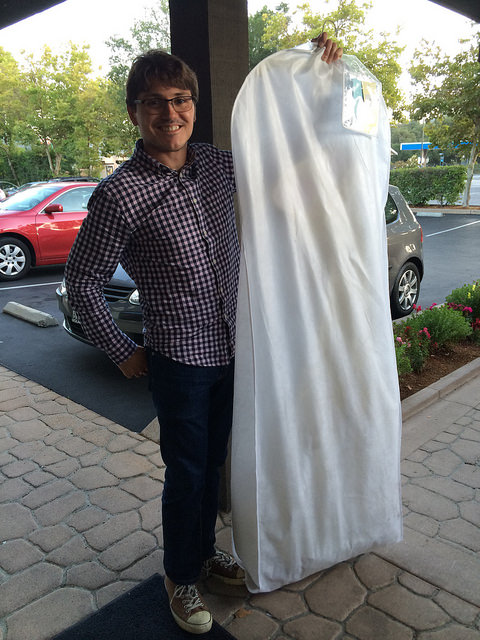 As the time approached that Matt and Katie were going to arrive at the hotel, we went back to meet with them and the rest of their friends. Here I am holding Katie’s wedding dress trying with all my might not to drop the dress. It wasn’t heavy or anything, but I couldn’t help but think about how horrible it would be if something were to happen. Everything was fine though! 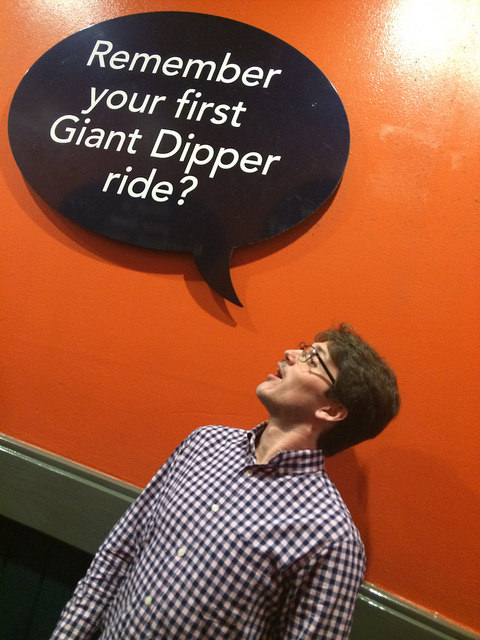 We all went back to the Santa Cruz Boardwalk. Anela had recommended we check it out, and I know I went there as a kid but don’t really remember it. I’m glad Matt wanted to go; it was a lot of fun. I love taking pictures of colored lights, fairs, and the like, but for some reason I didn’t really take any pictures. I guess I was too busy having fun and meeting new people. Their friends are super awesome! gem did get this picture of me in line for the Giant Dipper rollercoaster though! 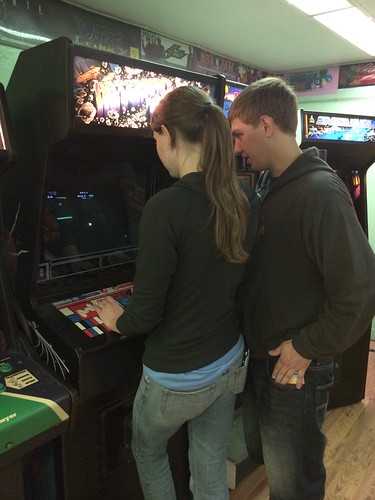 We ended the night at the arcade. How did the happy couple spend their last evening before getting married? They played some classic arcade games obviously. 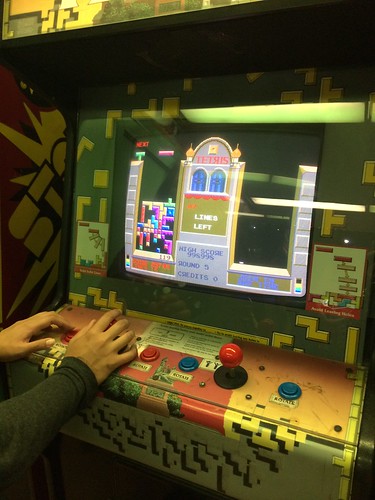 After some air hockey, gem and I played Tetris against each other. I’d never played this version. She kicked my butt. I also played some Donkey Kong and Ms. Pac-Man, my favorites! 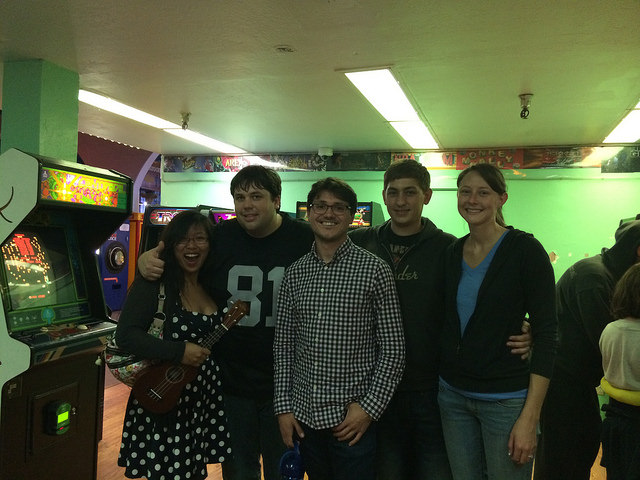 Last year gem and I met with Katie, Matt, and Marc for the first time while we were in San Francisco. We took a few photos, but none turned out well. This time we had much better luck! From left to right that’s gem, Marc, me, Matt, and Katie. It was so, so good seeing them. My eyes are about to tear up just thinking about the wedding, and I wasn’t even planning on talking about the wedding itself until the next post.

You can view more photos in my Flickr album aptly named Matt and Katie’s Wedding.

You can read about the wedding itself here: Santa Cruz weekend: Matt and Katie’s wedding!