It looks like this year I really liked Hamilton again with Leslie Odom Jr. and Lin-Manuel Miranda tracks swapping places and both passing The Orion Experience, which was number one for the past two years yet fell to fourth this year. Jack Stauber’s Micropop and Shawn Wasabi are newcomers to the top!

Here’s my top 10 (as shown above but put into text in case the image breaks):

My top albums aren’t a surprise given the artists

My top tracks are mostly Hamilton!

I certainly saw less live bands in 2020, which obvious.

But there were some virtual shows:

I really hope we can get back to seeing live music next year! 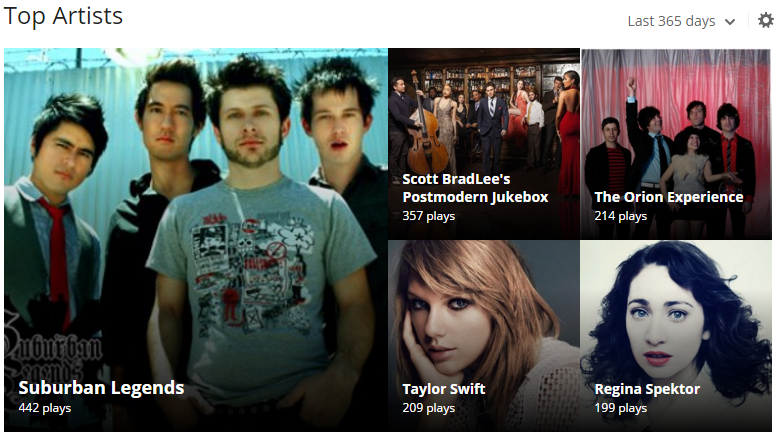 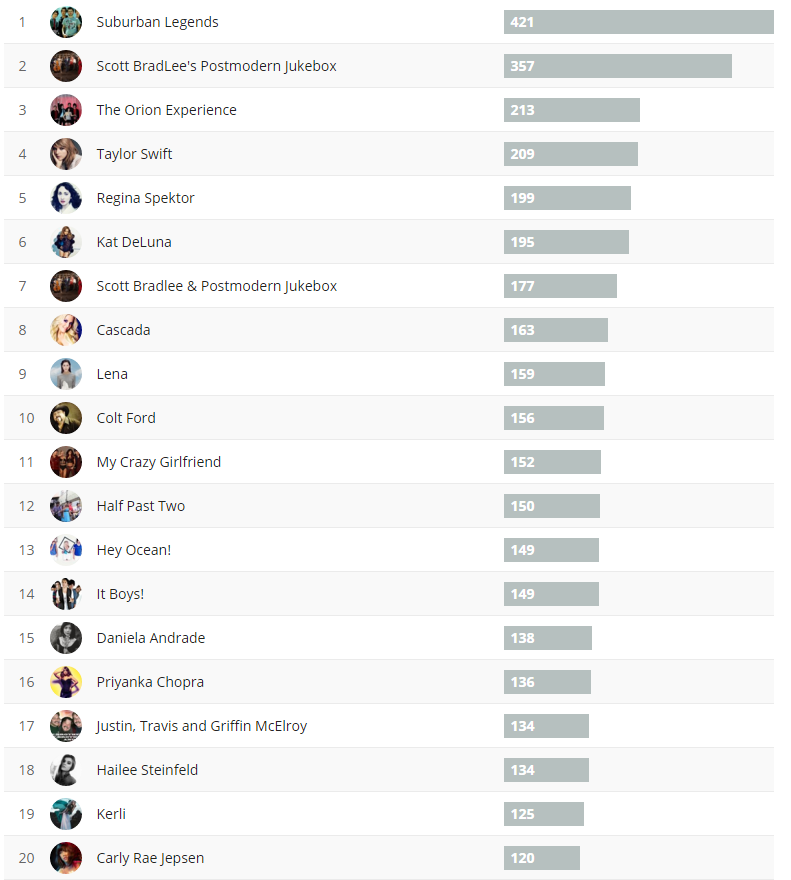 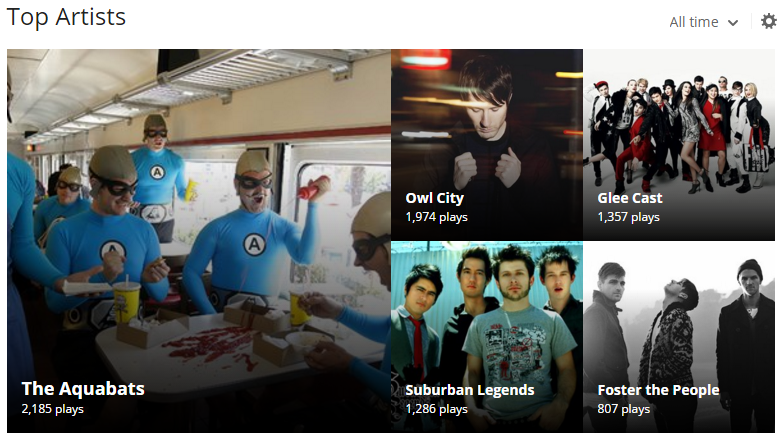 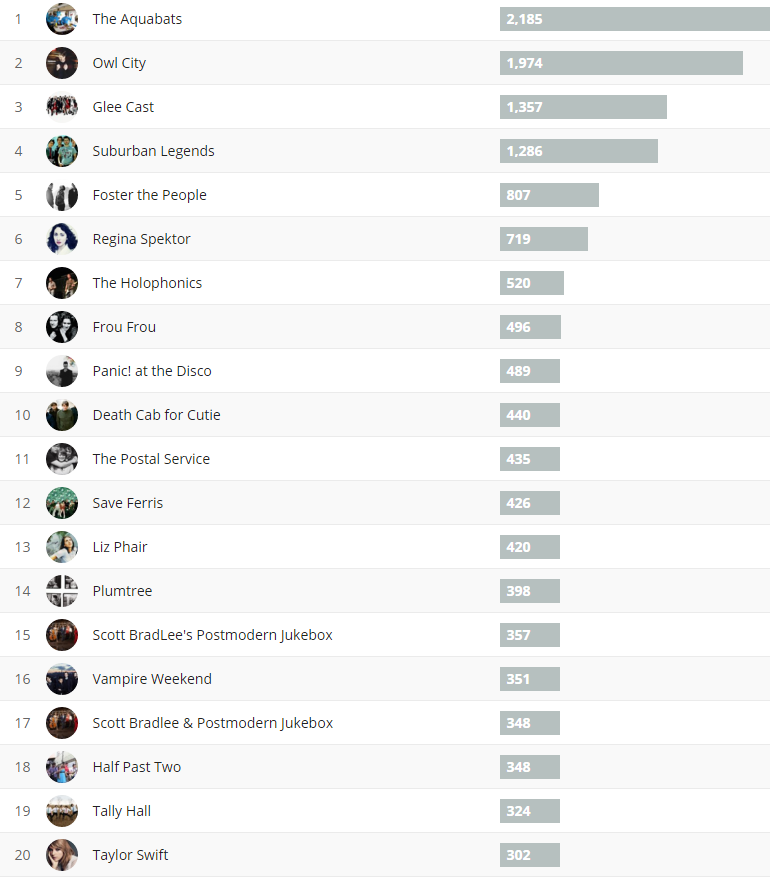 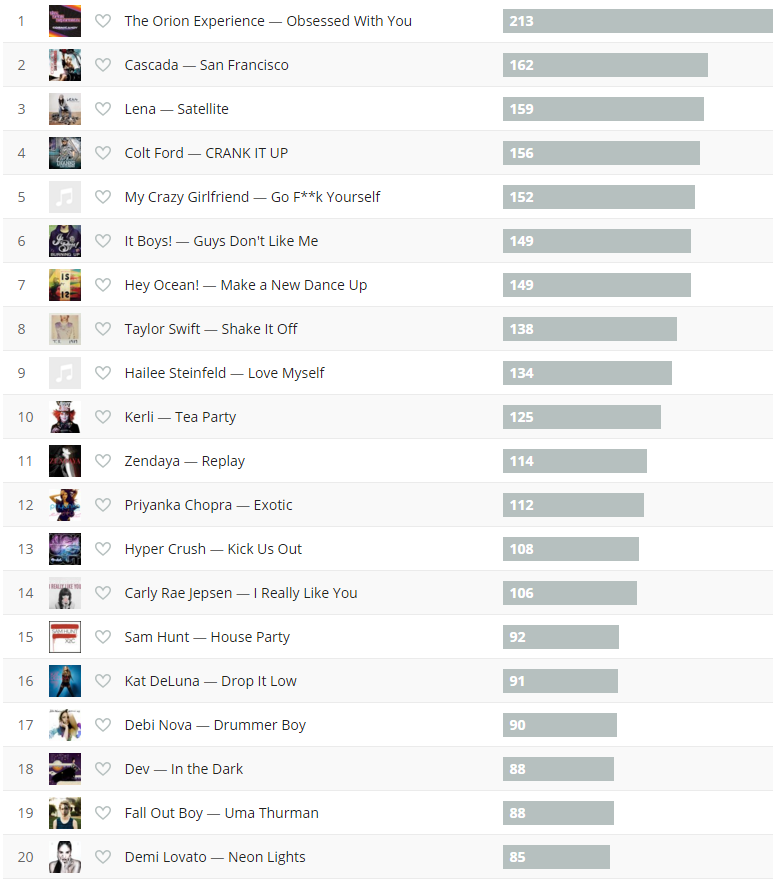 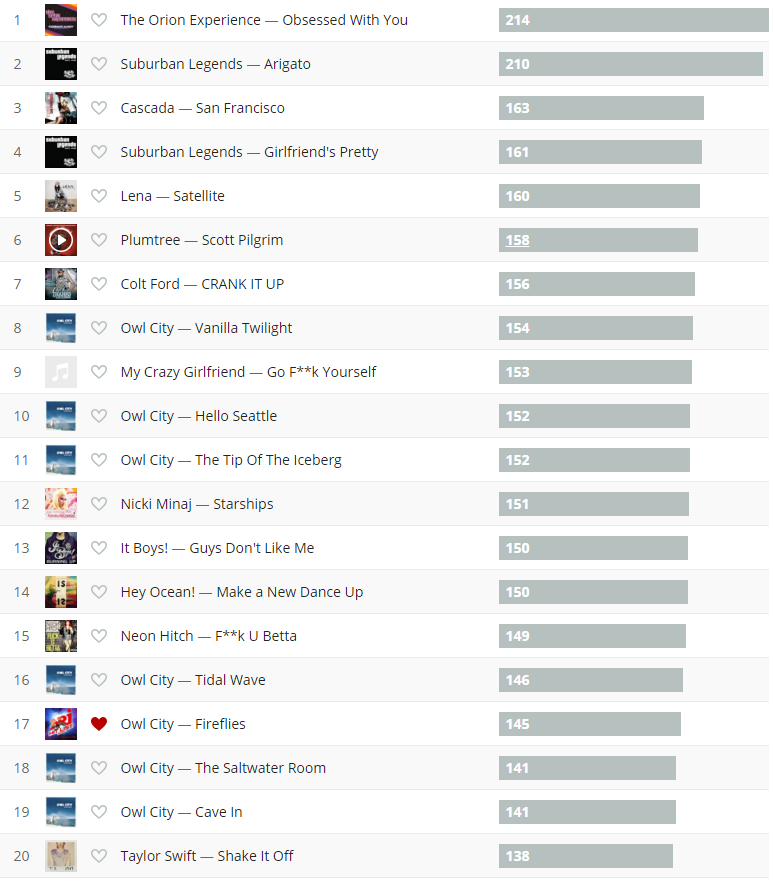 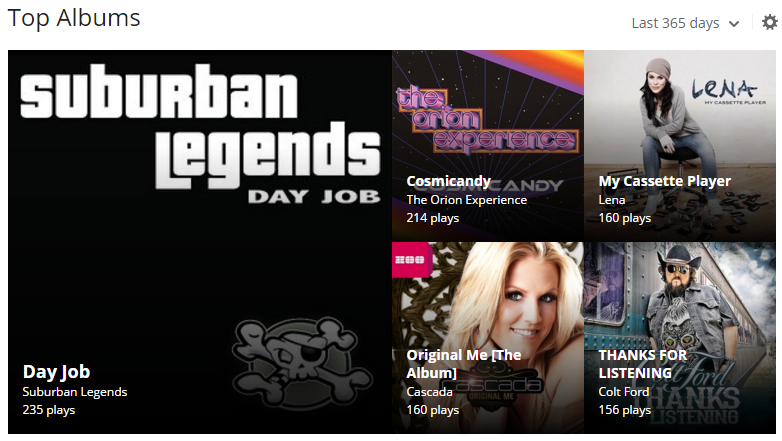 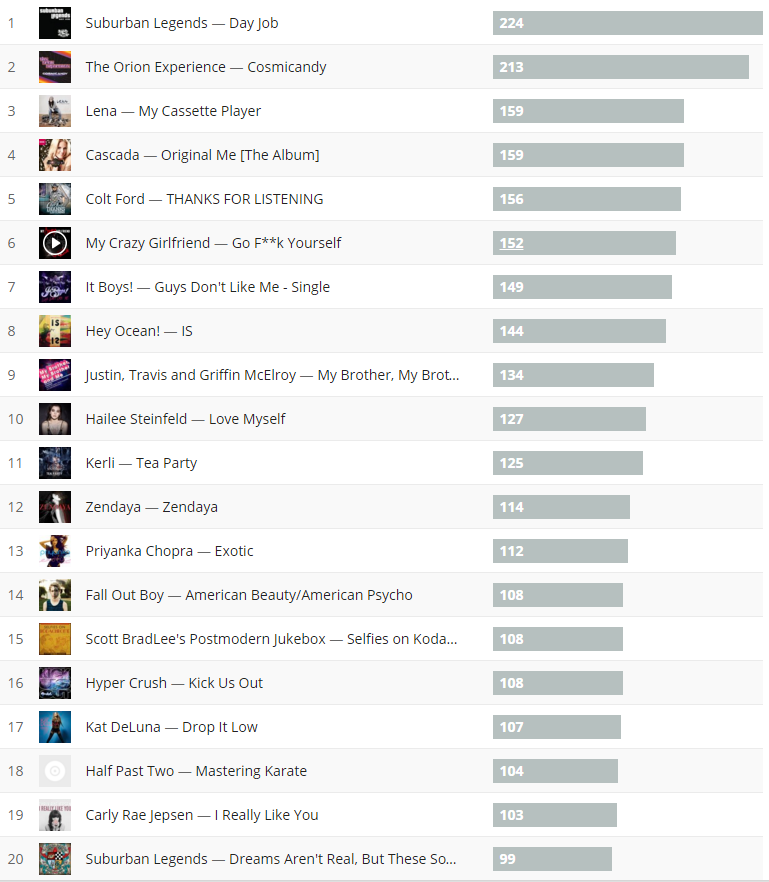 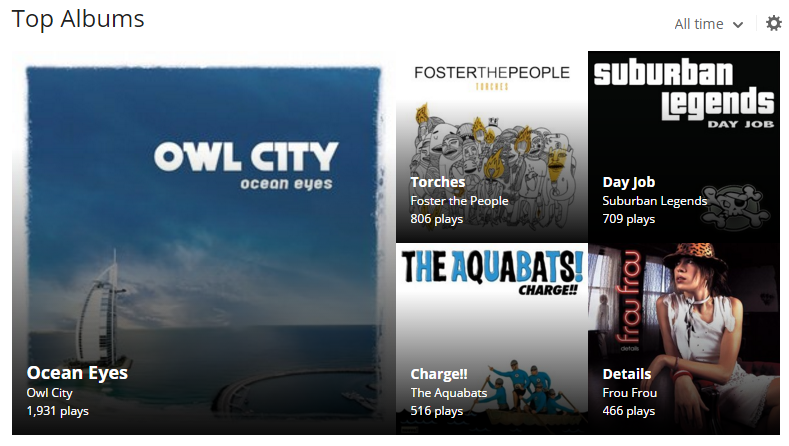 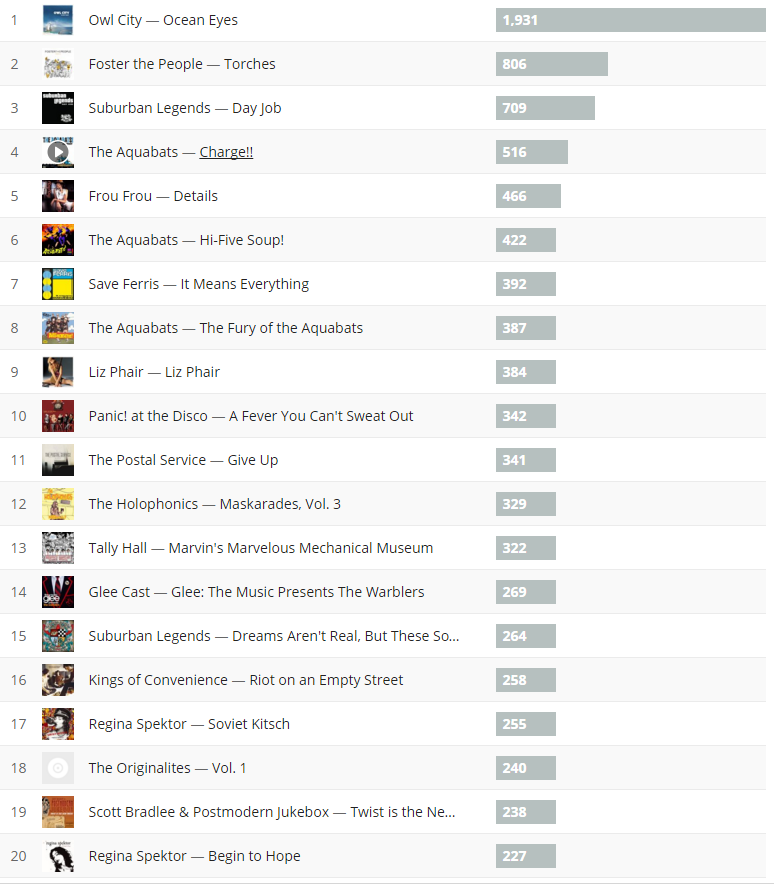