It looks like this year I really liked Hamilton again with Leslie Odom Jr. and Lin-Manuel Miranda tracks swapping places and both passing The Orion Experience, which was number one for the past two years yet fell to fourth this year. Jack Stauber’s Micropop and Shawn Wasabi are newcomers to the top!

Here’s my top 10 (as shown above but put into text in case the image breaks):

My top albums aren’t a surprise given the artists

My top tracks are mostly Hamilton!

I certainly saw less live bands in 2020, which obvious.

But there were some virtual shows:

I really hope we can get back to seeing live music next year!

We headed to San Diego on Wednesday after work. After checking in at the Westin Gaslamp Quarter, we took the shuttle to the Town & Country to pick up our badges. By the time we got back downtown, we were feeling hungry and at the Meze Greek Fusion. It was amazing! So many tasty things to eat. We ordered a ton, and everything was great.

We started the day with the Science Fiction & Fantasy Literature panel that included Jim Butcher (The Dresden Files) and Marie Lu (Legend). It was pretty interesting.

We also headed to the I Know That Voice: Insights from the Cutting Room Floor panel. I hadn’t heard of I Know That Voice, but it’s a documentary produced by John DiMaggio (voice of Bender, Finn, and a bunch of other cool characters). It was really awesome to hear them talk about voice acting. gem even got a high five from John DiMaggio! 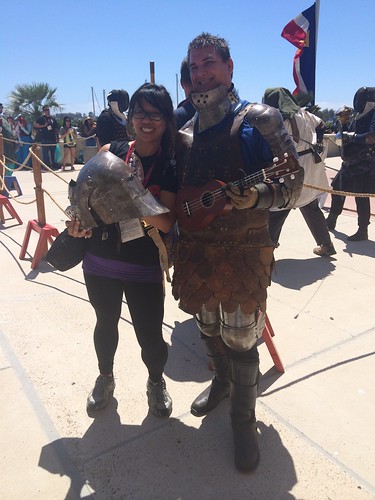 We tried lining up for a panel about NASA, but we didn’t get into it. Buzz Aldrin was there! Too bad I didn’t get to see him. However, there were people dressed as knights battling outside, and gem met one. 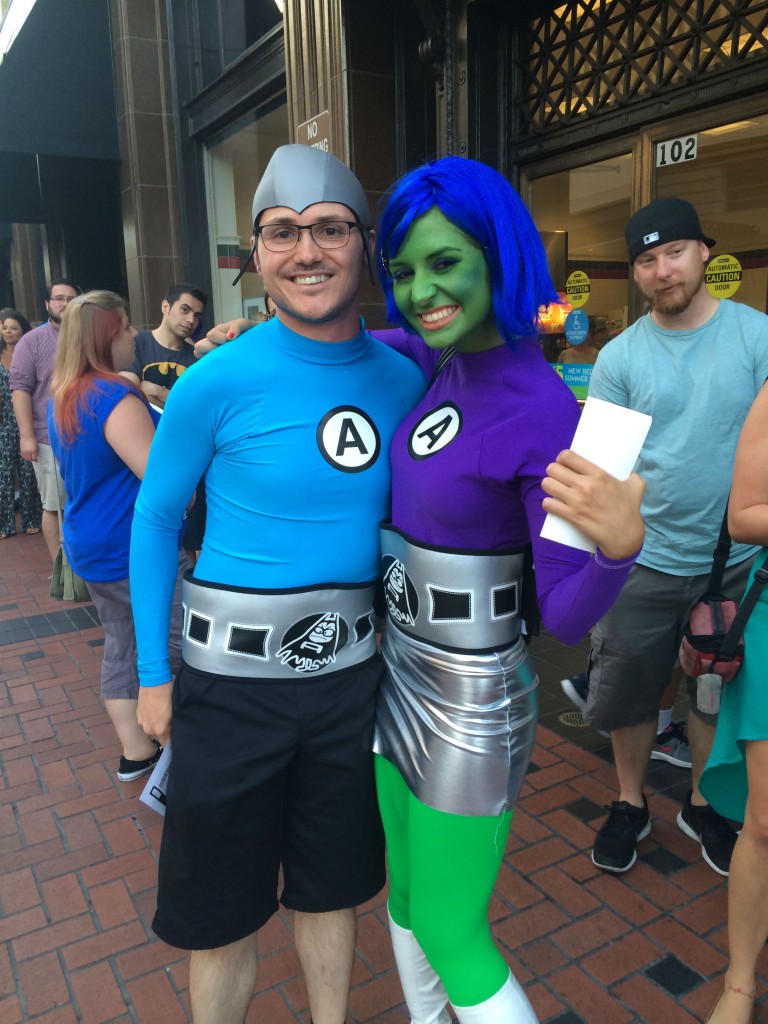 When we were done with SDCC for the day, we headed to the House of Blues for the Aquabats concert! The Aquabats have a song called Martian Girl about a green-skinned, blue-haired Martian. This woman was cosplaying as the Martian Girl, and she was nice enough to take a photo with me. She looked amazing! 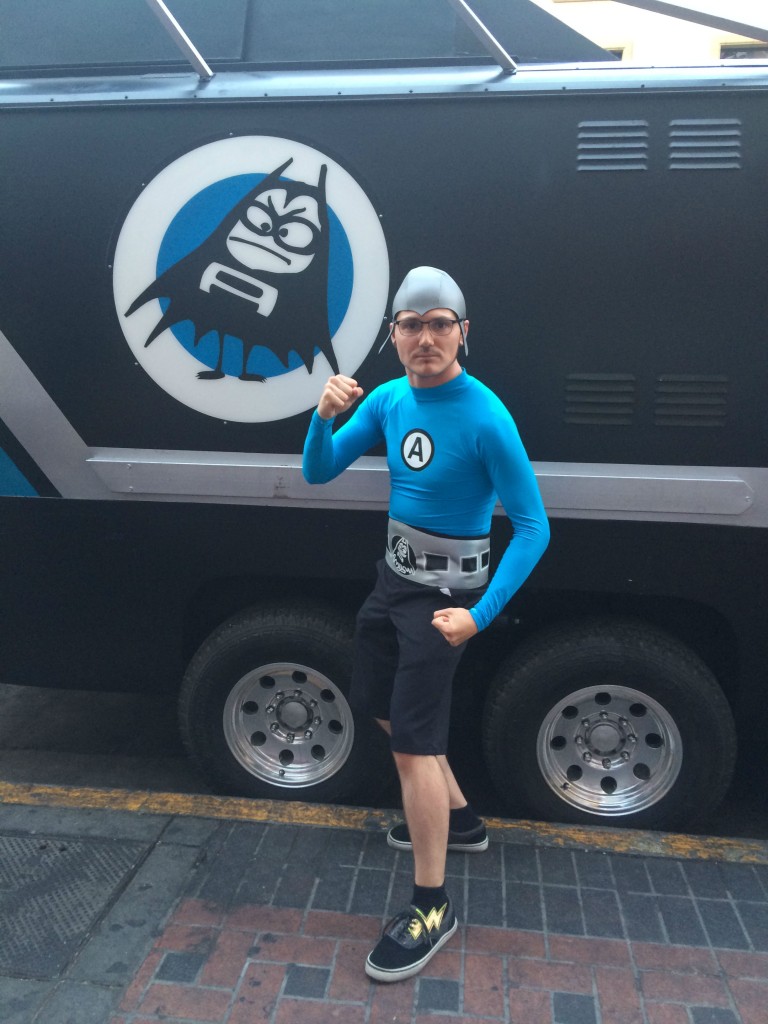 I also posed with the Battle Tram of course! The Aquabats played with Koo Koo Kangaroo as part of their twentieth anniversary tour. It was a great show! I bought a 20th anniversary tour t-shirt too. Antonio escaped to the back when the Aquabats took to the stage and the shoving started. I stayed with gem for a while but then let the crowd push me around. I also joined the circle in the back to do some moshing. 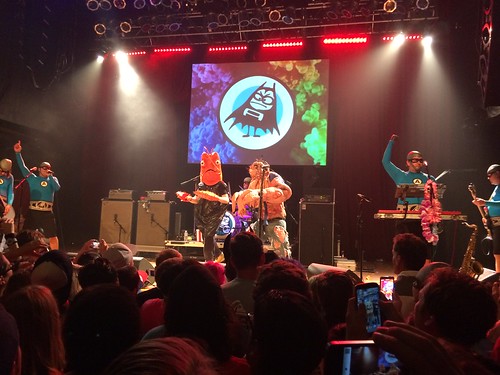 There was a battle on stage too as usual.

I had to record it. 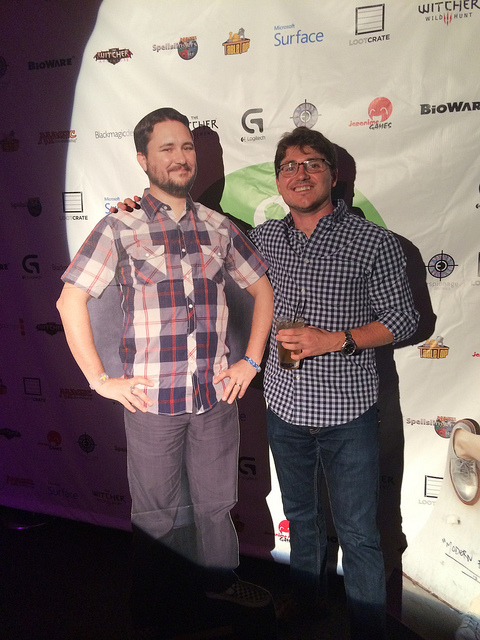 After the concert, we showered and then headed to the Geek & Sundry Lounge for drinks and dancing. Now I’m best friends with Wil Wheaton. (Or it might have been a cardboard cut-out. Who knows?)

Check out my other adventures!