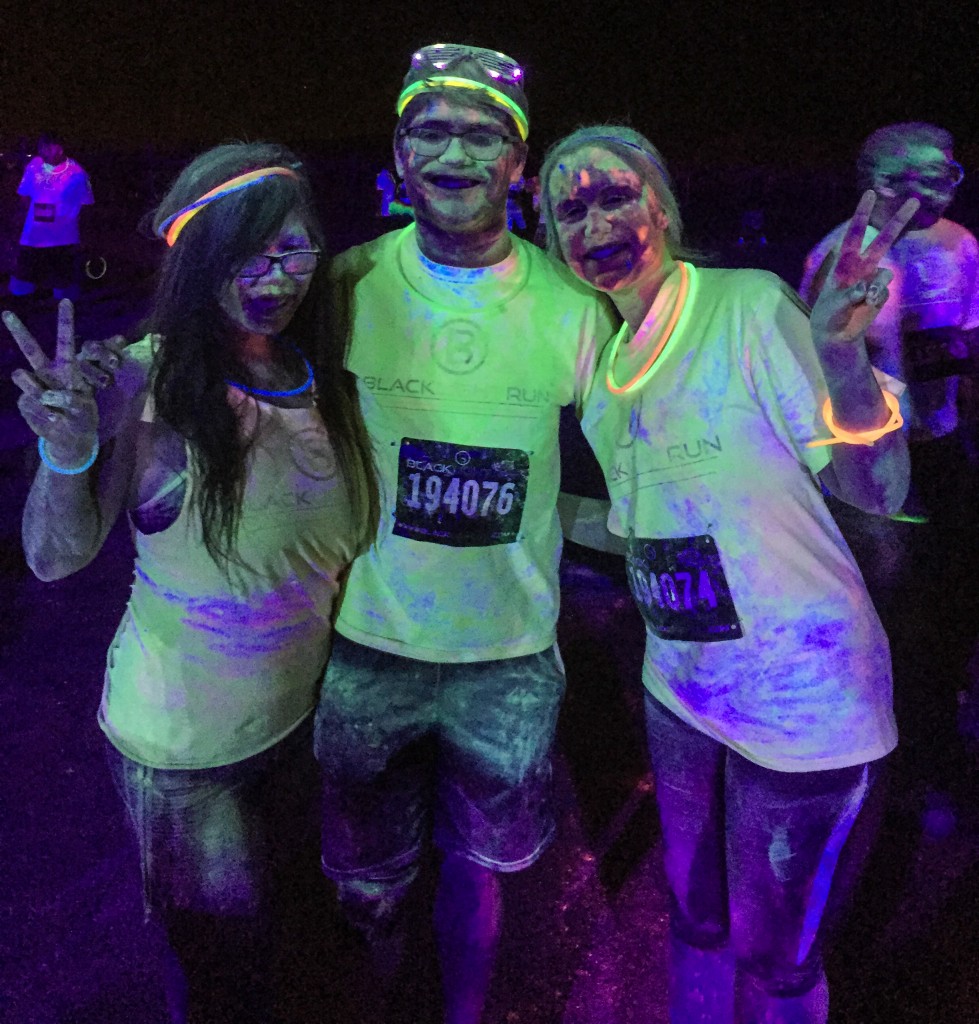 This weekend I went to a Blacklight Run with gem and Anela! It was totally fun; we got covered in paint, glow powder, glow sticks, and good vibes! This is what we looked like at the end of the night. 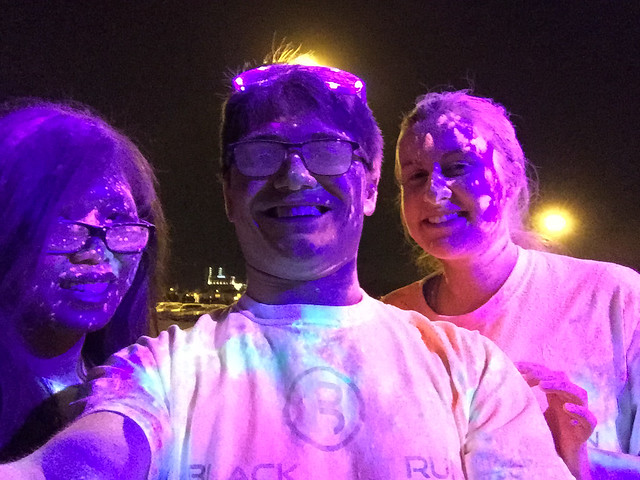 We jogged a bit, but mostly we walked and talked while enjoying the party. Periodically there were stations where staff members would throw more glow powder on participants.

Of course, you can also grab handfuls of the powder and throw it yourself! 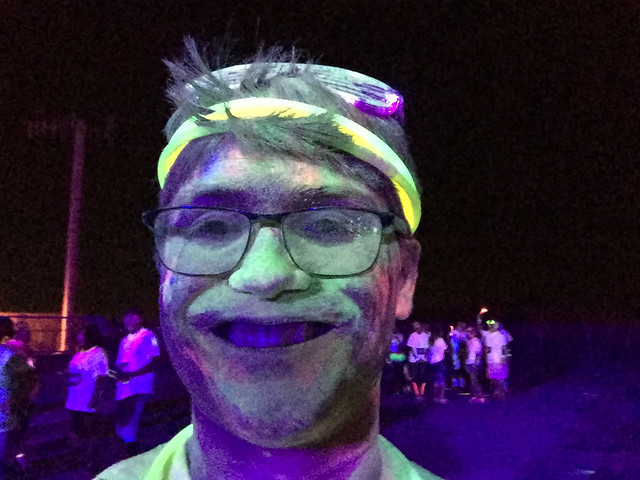 I got fairly covered. 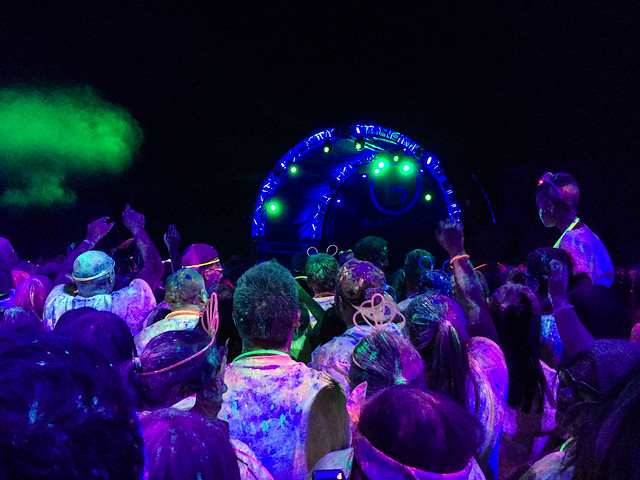 At the end of the run was a big, glowing party with a DJ and tons of glow powder and glow sticks! 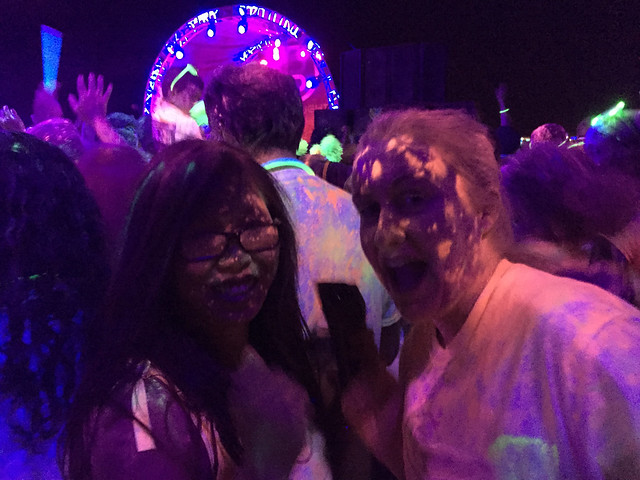 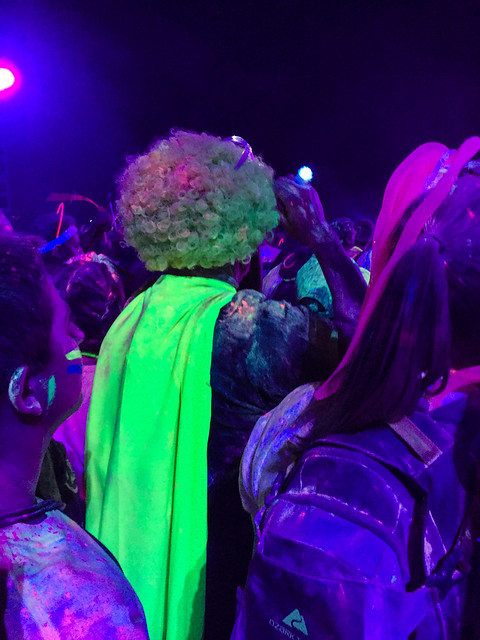 This guy was pretty sweet. 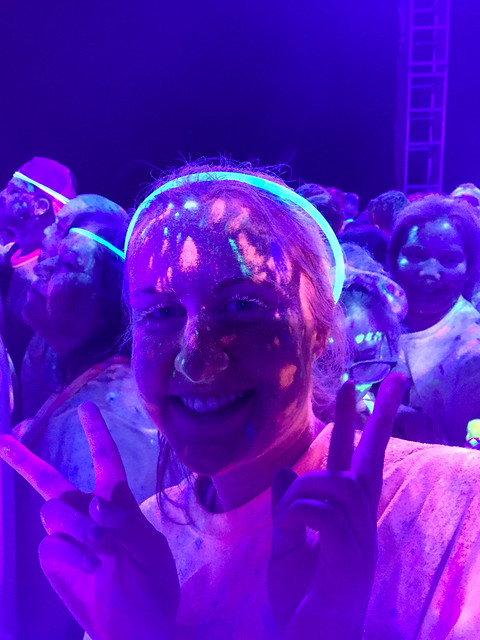 Anela looks like a neon flower child. I love this. 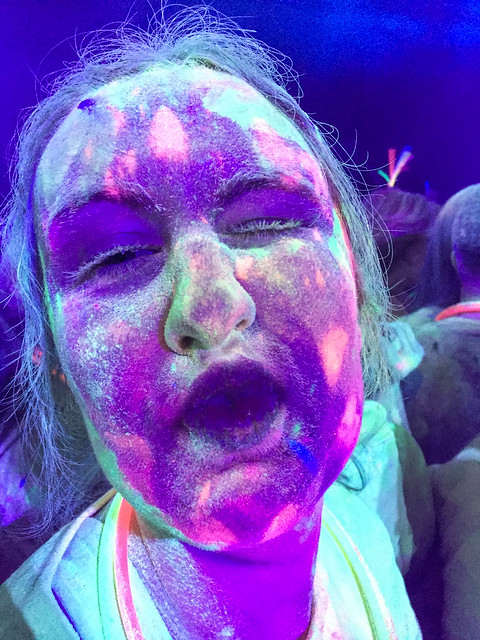 I think you have a little something on your face. 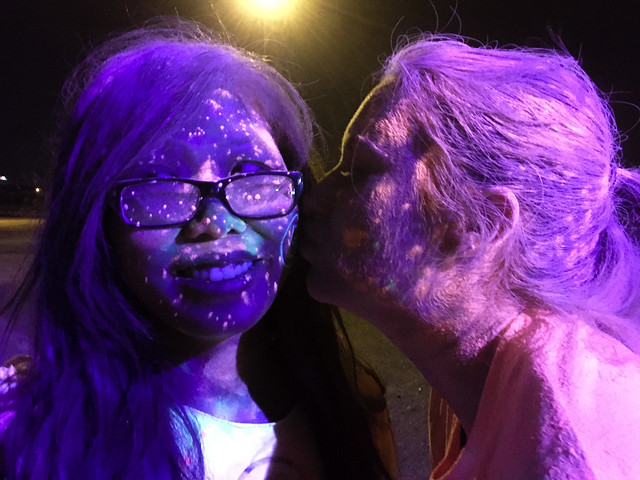 I have no idea who these two women are. Nope. 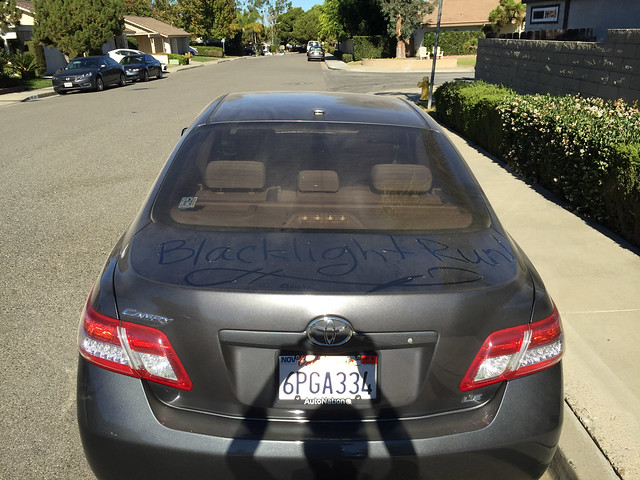 Despite not being super close the party, the cars still got covered in glow powder. 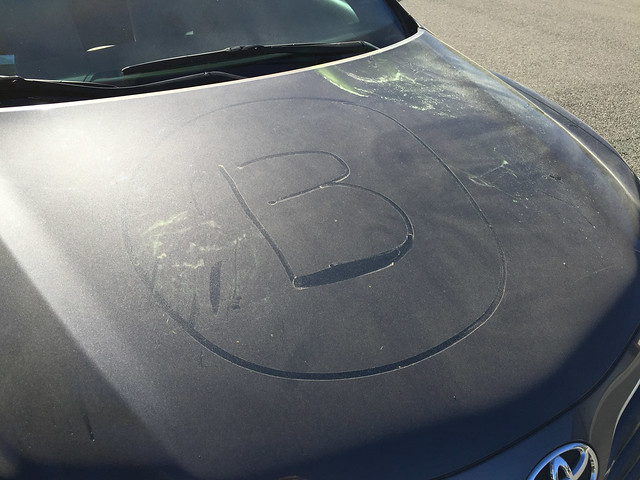 These were taken the next day in the light. 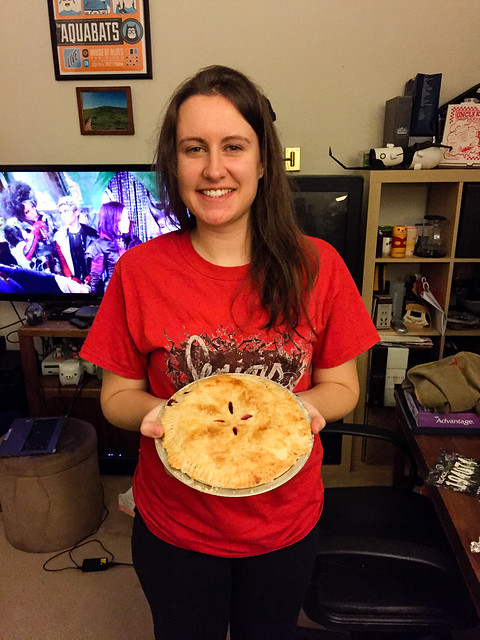 When we were done with the Blacklight Run afterparty, we headed to my place to watch a movie and eat. I dropped gem off at her place to shower and then picked up tacos from Del Taco. The guy at the drive through said something like “what the…?” when we pulled up. We were still pretty glowy. We took the tacos back to my house, and once we all showered and gem was with us again, we popped a pizza in the oven too. gem brought two homemade ice creams, a cookie from New York, and a tasty new kind mashed potato creation. Anela’s bar results came out this weekend, so I had baked her a pie – either to eat in celebration or in which to drown her sorrows. Luckily it was the former, because she passed on her first try! 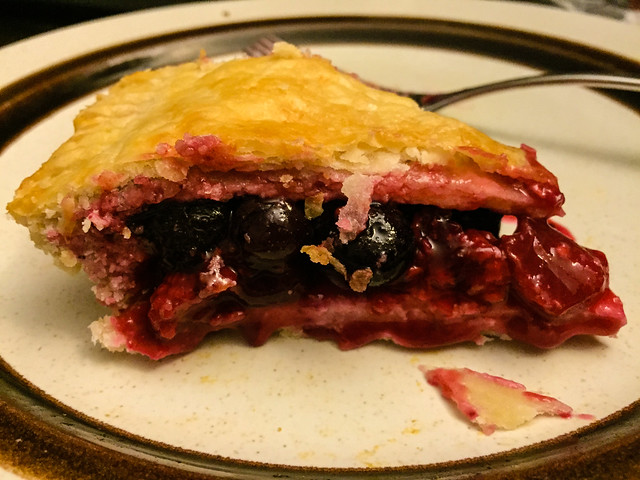 She said she preferred “ooey gooey berry” pies, so that’s what I tried to bake. 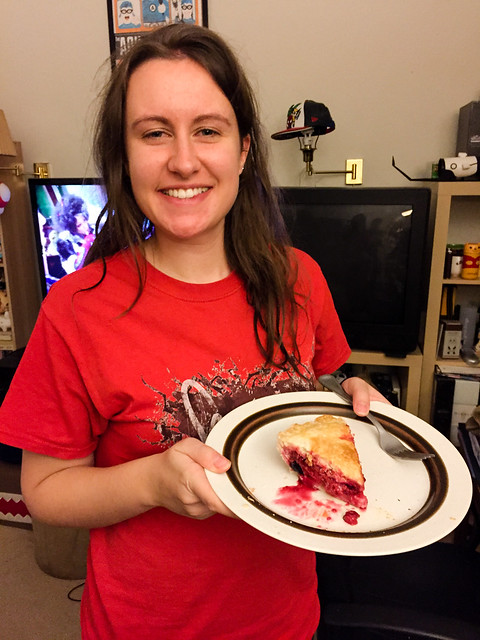 Here’s Anela with her celebratory pie. It turned out delicious, and everyone enjoyed it. Hooray! Congratulations, Anela!

It was an awesome night with full bellies and happy memories. Thanks to gem and Anela for making it so epic!