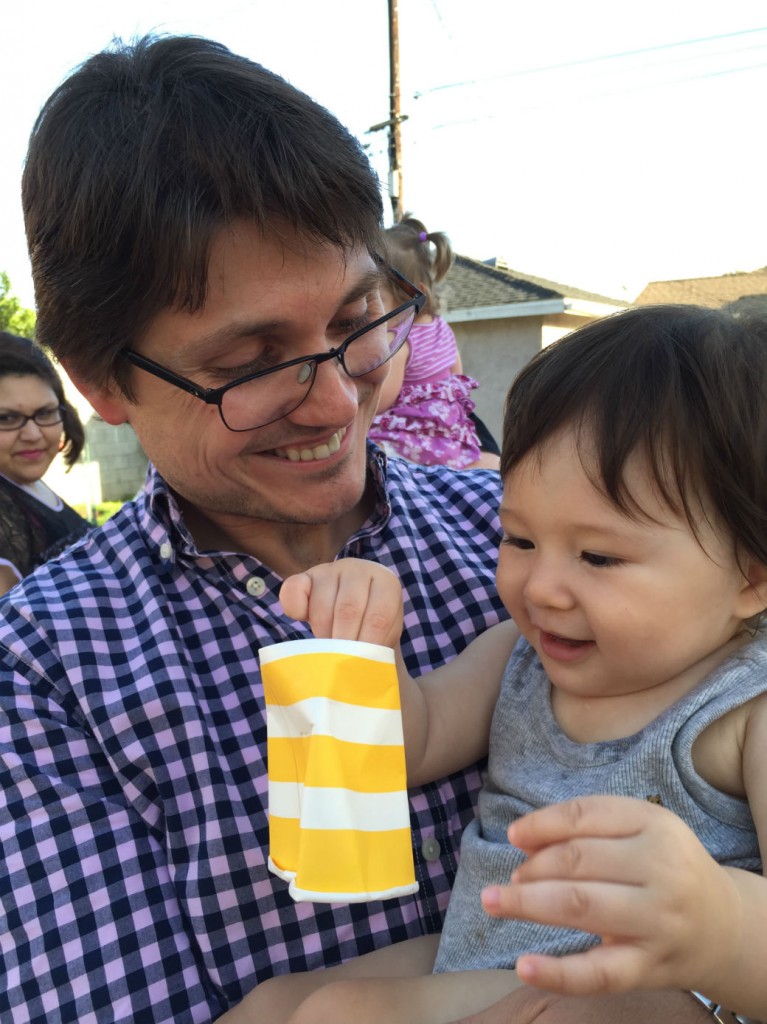 Yesterday was Elliott’s first birthday party. Thanks for inviting me, Sayaka and Anthony! I know I had a great time, and it looked like he did too! 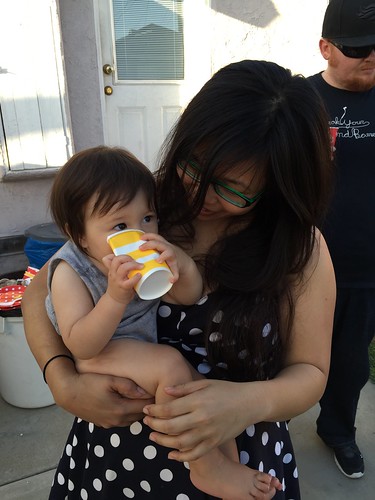 Elliott seemed to really enjoy his yellow cup. It was the first time I’d met him, and he’s super adorable. 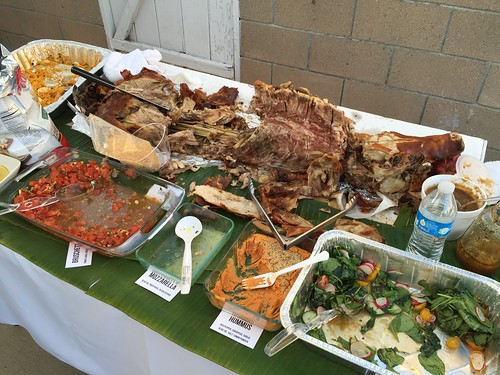 The food was amazing – lechon, salad, hummus, bruschetta, pancit, cupcakes, pork buns, ice cream, and more. I was nice and full after my first plate, and then I ate a few more. They even let guests pack up food to go! 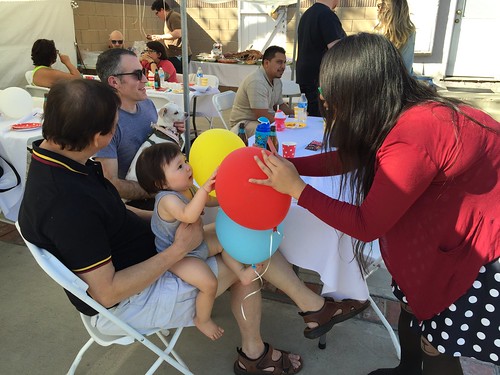 gem and Elliott had a good time playing with the balloons. 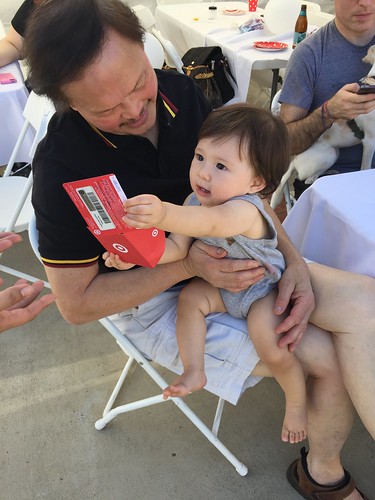 Elliott was so smart when he received this envelope. He fooled around with it until he realized it opened and then promptly went about getting the card out. Once he had it, he tried to give it to gem and me. Sayaka says he loves to share. 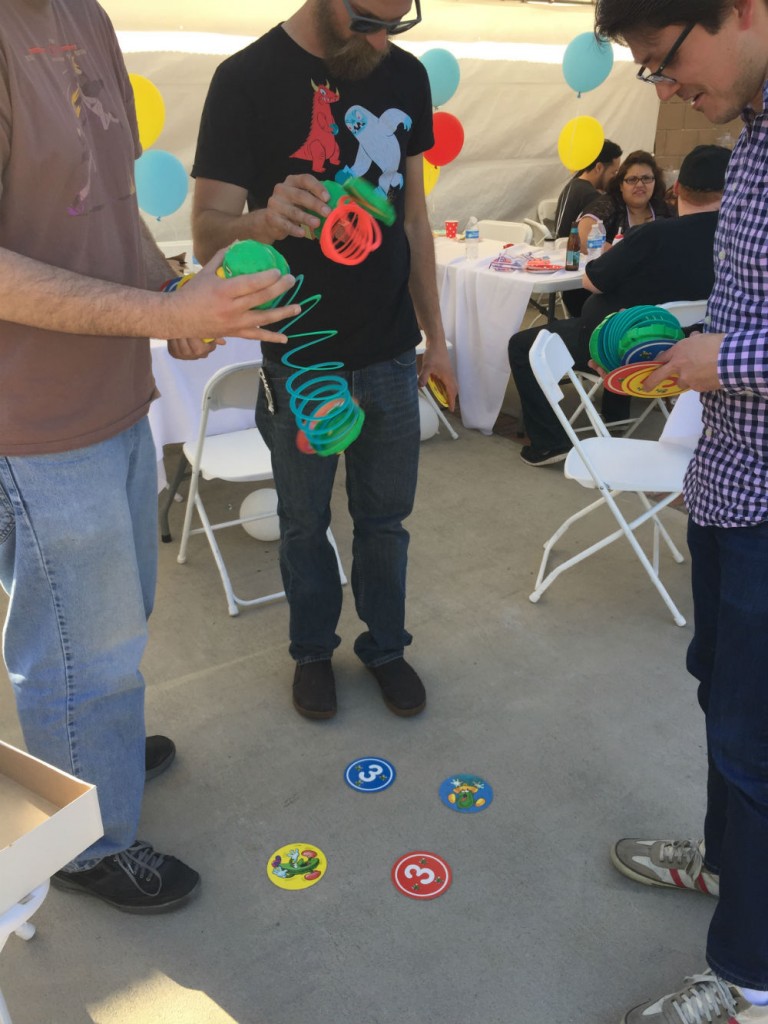 And best of all, we went in the bounce house!