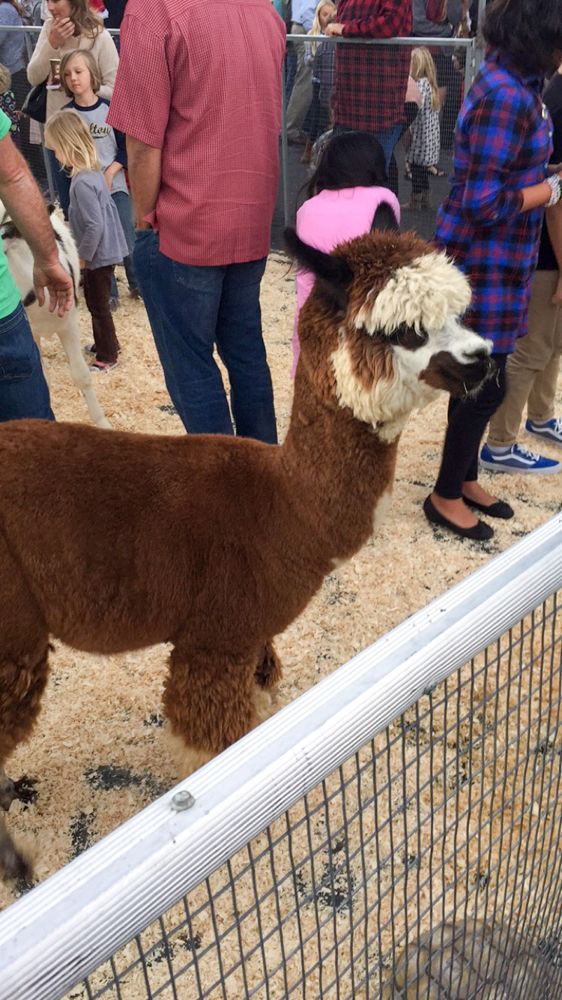 This weekend I met an alpaca. I’ll get back to that. 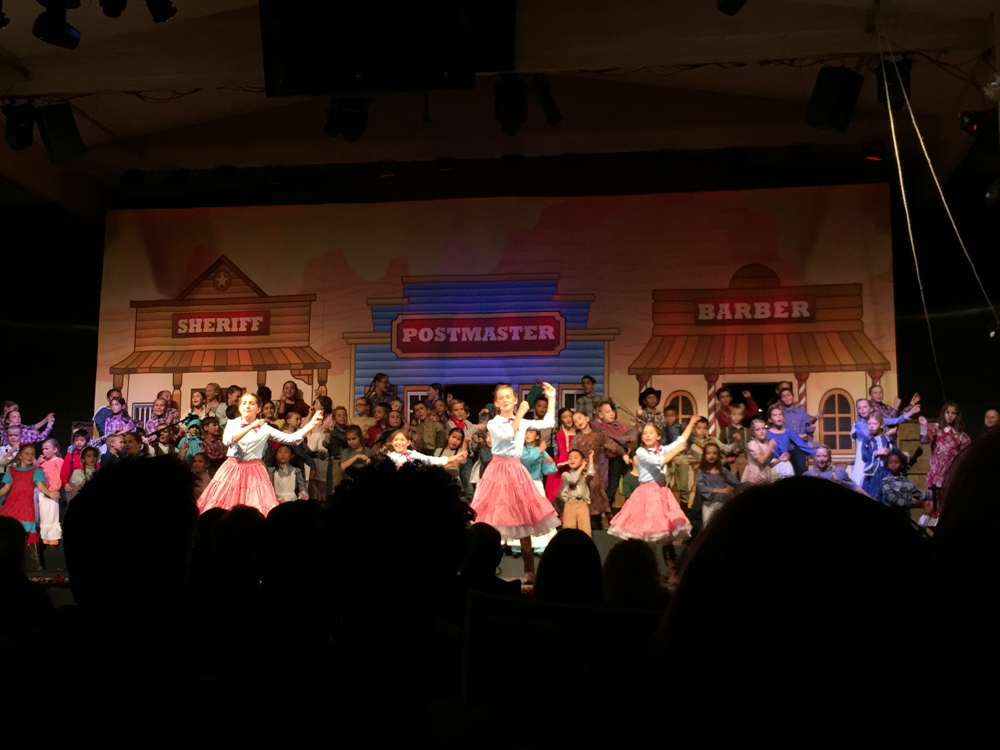 The Compass Kids of Compass Bible Church performed The Loaned Manger this weekend, and gem’s nephew, Micah, was one of those kids. We saw the first performance, and it was a lot of fun. Some of the kids were super talented! We even got to sing some Christmas songs before and after the show.

Here’s one of the songs. 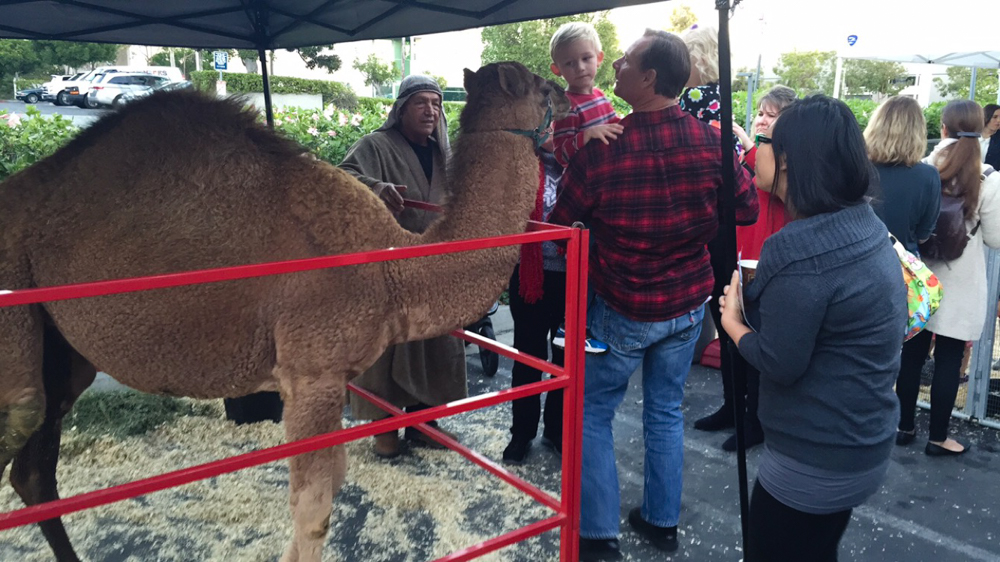 There was a petting zoo outside, so after the musical, we got to hang out with some animals. This camel was pretty cool, but he really wanted my coffee. 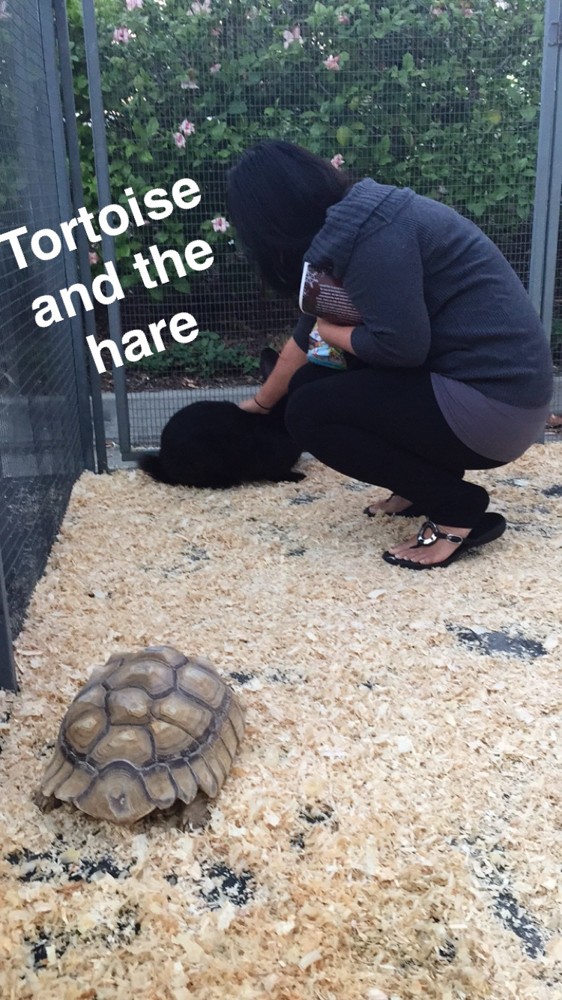 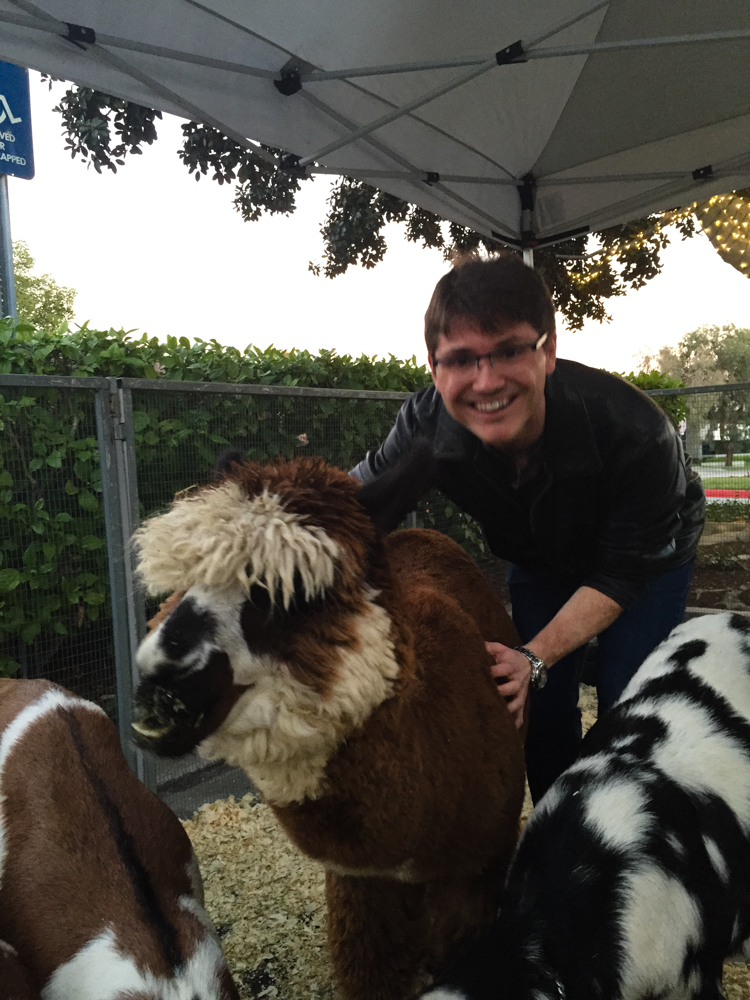 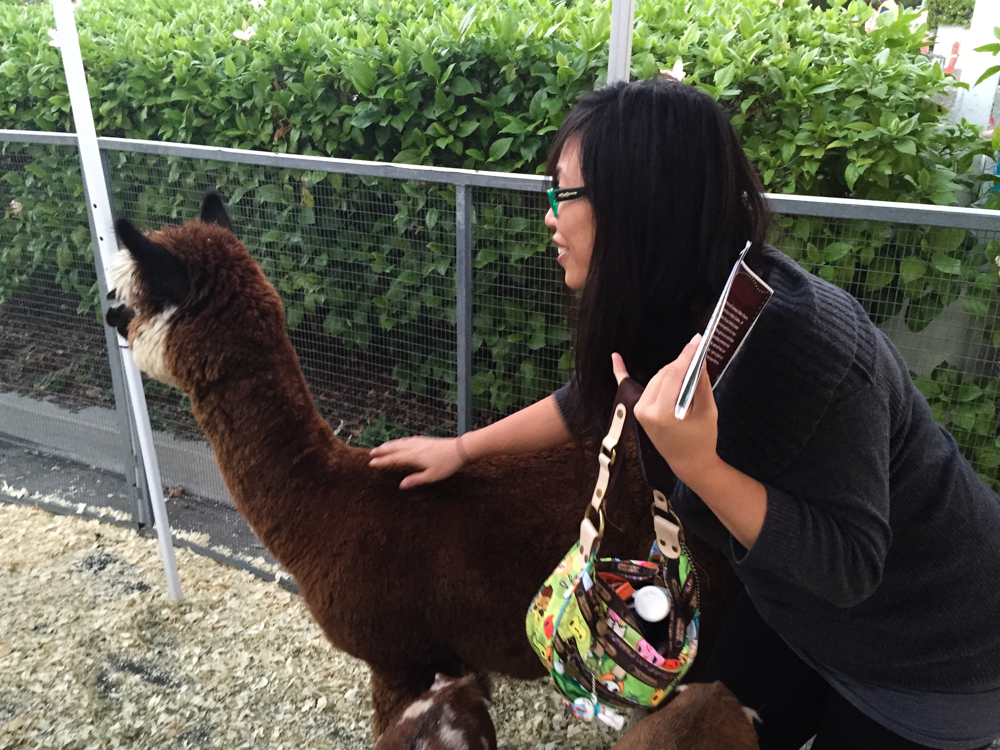 Here’s gem with the alpaca too! 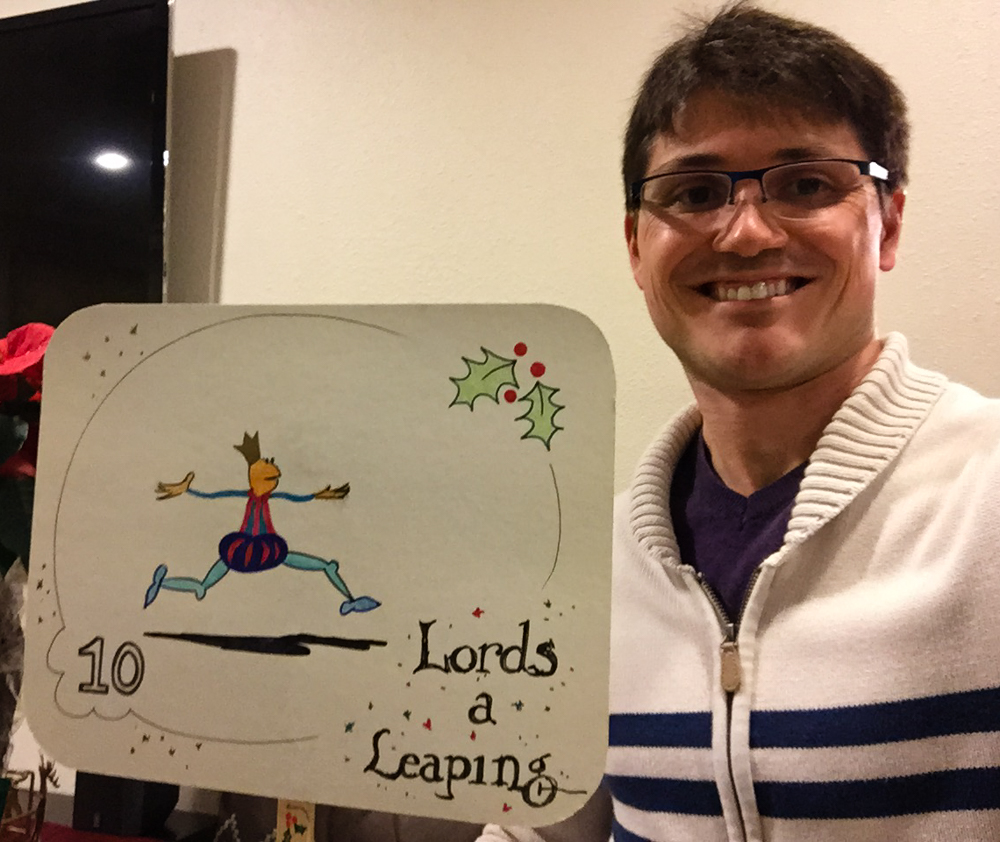 This weekend was also my friend Demian’s annual Christmas party! I had a blast, and I ate a ton. Rice Krispy Treats are good, but have you ever had Cap’n Crunch’s Crunch Berries treats? Wow. Also – pickleback shots! They’re a shot of whiskey chased with a shot of pickle juice. Pretty delicious actually.

The party was also a good time to sing The Twelve Days of Christmas. Pete made these signs about twenty years ago, one for each day of the song. Singing was a family tradition. Everyone sings the song until it comes to a day and then the person with the sign sings his or her part. For example, we’d all sing “on the tenth day of Christmas my true love gave to me,” and then I’d sing alone, “ten lords a-leaping.” Unfortunately, less people are coming to our family Christmases, so we don’t get to do it. It went over really well at the party though! 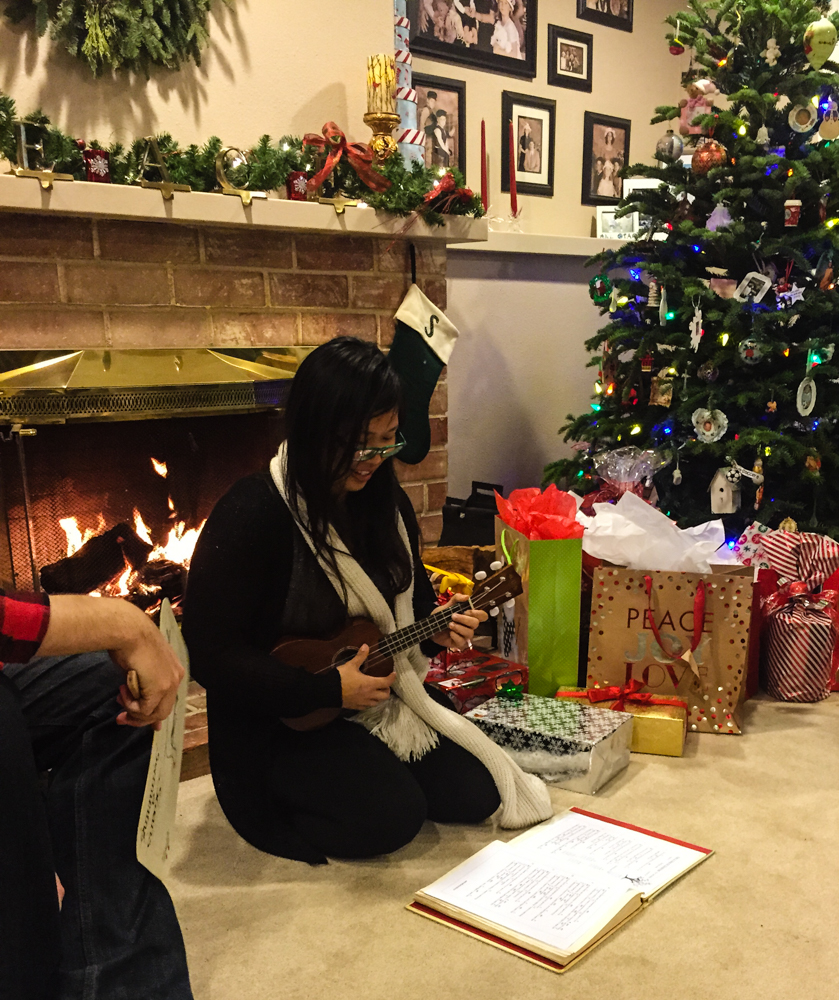 gem even accompanied the singing on her ukulele. It was so cool! It was a great party, and it was also cool to catch up with friends whom I hadn’t seen in a while.