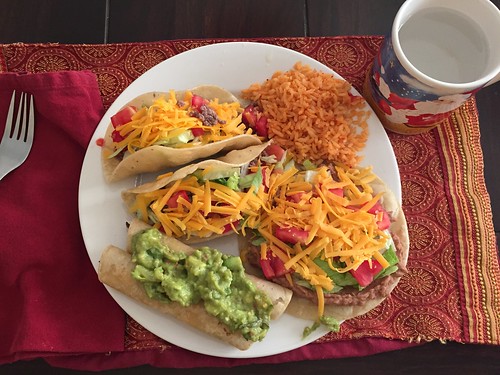 My weekend was pretty packed with awesomess, which is the right way to pack a weekend.

Friday night I had dinner with my mom and Pete. Pete made tacos, tostadas, and taquitos. It was super delicious. 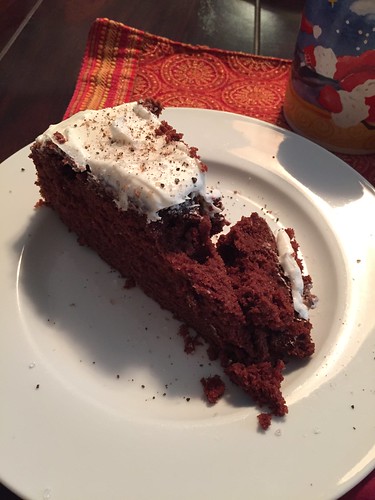 Mom offered to bake me a cake because this was the first time I was seeing her since my birthday. I chose chocolate, and I chose right.

After dinner we watched The Devil Wears Prada. I’d never seen it, and I enjoyed it. 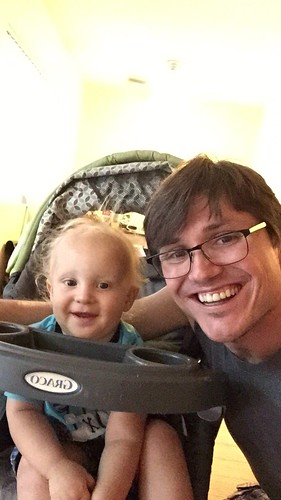 Saturday I helped Darnell and Alex move to a different apartment in the same building. Alex’s parents were there as well. It’s always nice to see everybody, especially when Henley is as cute as he is. I think he’ll enjoy having the new patio! He really seemed to enjoy playing with the water – scooping it out of one container and pouring it another or simply drinking from the dog’s water bowl, haha. 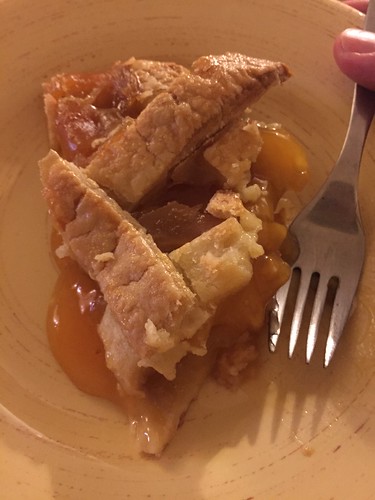 I was so busy that I expected to miss celebrating Pi Day, but Hal and Mary Margaret brought a peach pie. After moving that evil dresser, it was good to eat pie! 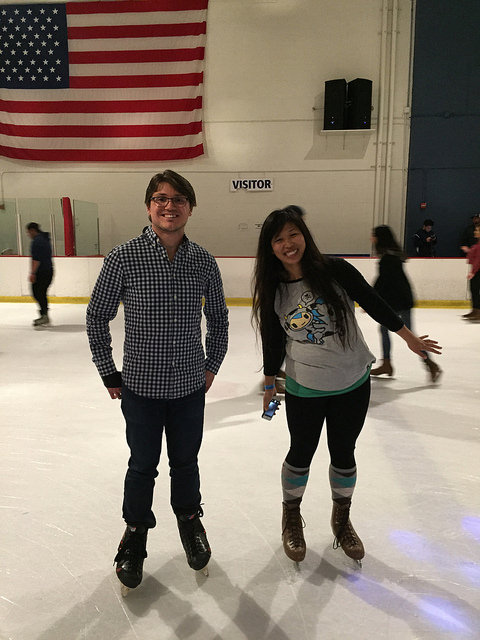 Saturday night was ice skating time! My friend’s wife lives in Canada, but she was visiting, and he decided to celebrate with some ice skating. 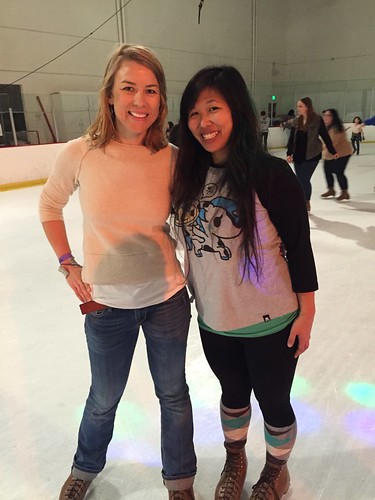 We were a little late getting there because we stopped at Pinoy Pinay. I would have taken pictures, but I jumped right into the food. Yum yum. 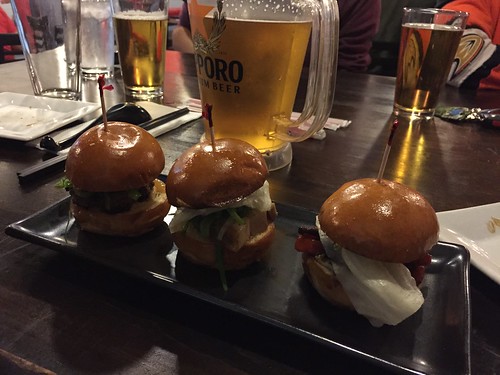 Afer working up an appetite ice skating for a couple hours with Sterling, Chrissy, gem, Kelly, and JT, we headed to Umaya Ramen.

I shared some mini-burgers and had a few beers. 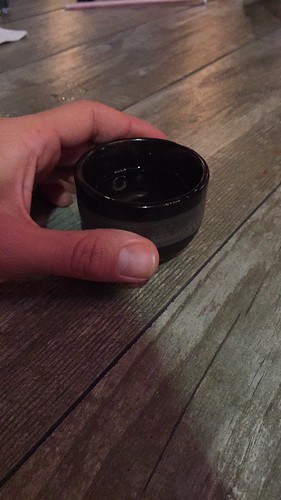 Eventually we found the lounge in the other room and finished off the night with sake. It was a wonderful evening. 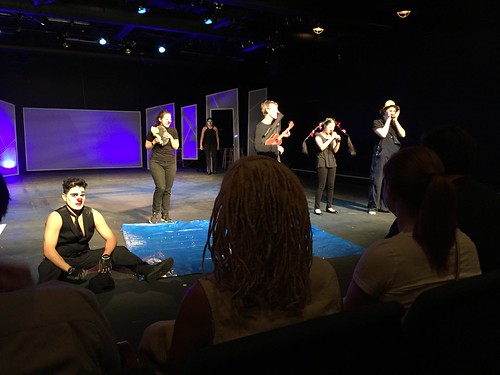 Sunday was mostly a relaxing day at home (full of chores too actually). However, it started with a clown show! I saw The π’s of March, starring Clown Collage. It was absolutely hysterical. I could try to explain how great it was to see Alex, I mean Fransuave, drink some Tobasco, freak out, desperately drink something to cool off his mouth, realize it was Fireball Whiskey, and freak out some more. Or I could try to explain how he did cat’s cradle with a woman in the audience, how funny it was when he basically bowed out, yielding the applause to her. Or how much awesome it was when he came back later, doing it with a big rope, and how funny it was when the girl screwed up when she tried to help with the rope. I could talk about how much I loved watching Babs try to bake a cake to LazyTown’s Cooking By The Book before she heard Lil Jon join the mashup. But, well, it’s probably not very funny to read my descriptions of it.

I did get pulled out of the audience again this time though! The clowns performed Julius Caesar, but as they’re mute, they needed people to be their voices. I got to read the lines of Julius Caesar, which degraded into “blah blah blah.” It was a lot of fun!

Later that day I ate some bibingka, wathced Netflix, worked on my ticket stub organizer, and relaxed.

And that was my weekend!