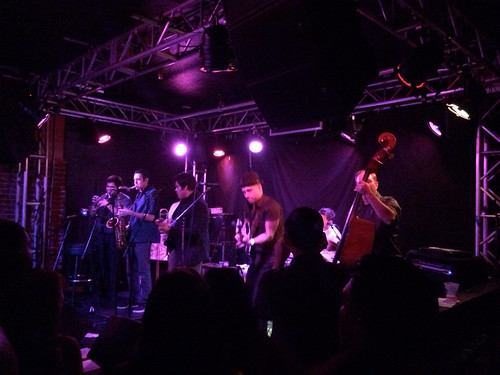 The best way to spend your Tuesday night is listening to live ska music.

Duncan and I went to the Slidebar early to ensure we got wristbands. By 7:40 or so we had our wristbands, so we only had to wait slightly under two hours for the music. I got some tacos and nachos, found a sliver of bar to use, and began eating. I thought I recognized the guys next to me as frequenters of the Ska Parade Lounge, so we chatted a bit, and I was right! I spent the two hours chatting with Amit, Stephan, Christian, and Duncan as well as people watching.

The Steady 45’s took the stage first, and they were excellent. I’d seen them at the Slidebar once previously – at the January Ska Parade Lounge opening for the Originalites. I think Collin was at the show actually. They have a standing bass! Definitely good stuff. 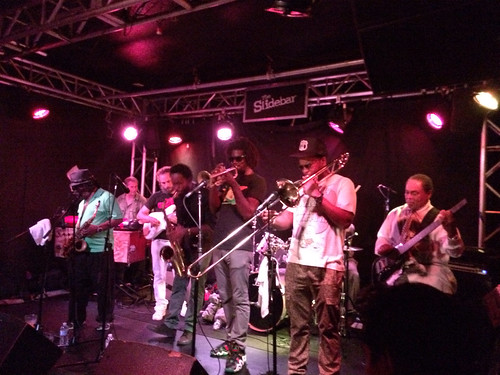 The Skatalites were skamazing. They were one of the first ska bands, forming in 1964 in Jamaica. This year they’re celebrating their 50th anniversary! From what I can tell, all the founding members except one have passed away. Doreen Shaffer is still alive and active, singing for the band! 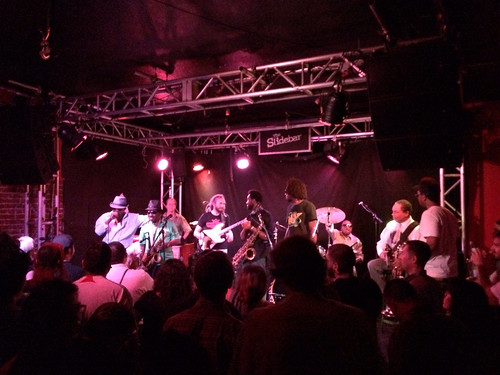 They also performed with guest Sultan Ali a.k.a. the Sultan of Ska, son of Prince Buster (the Jamaican singer-songwriter and producer). The Sultan of Ska is the leftmost person in that photograph.

It was a great show, and I’m thrilled to have seen such an influential ska band. After spending three hours dancing, however, now I’m exhausted and my ears are ringing. If you ever get the chance to see The Skatalites, I recommend you take it!