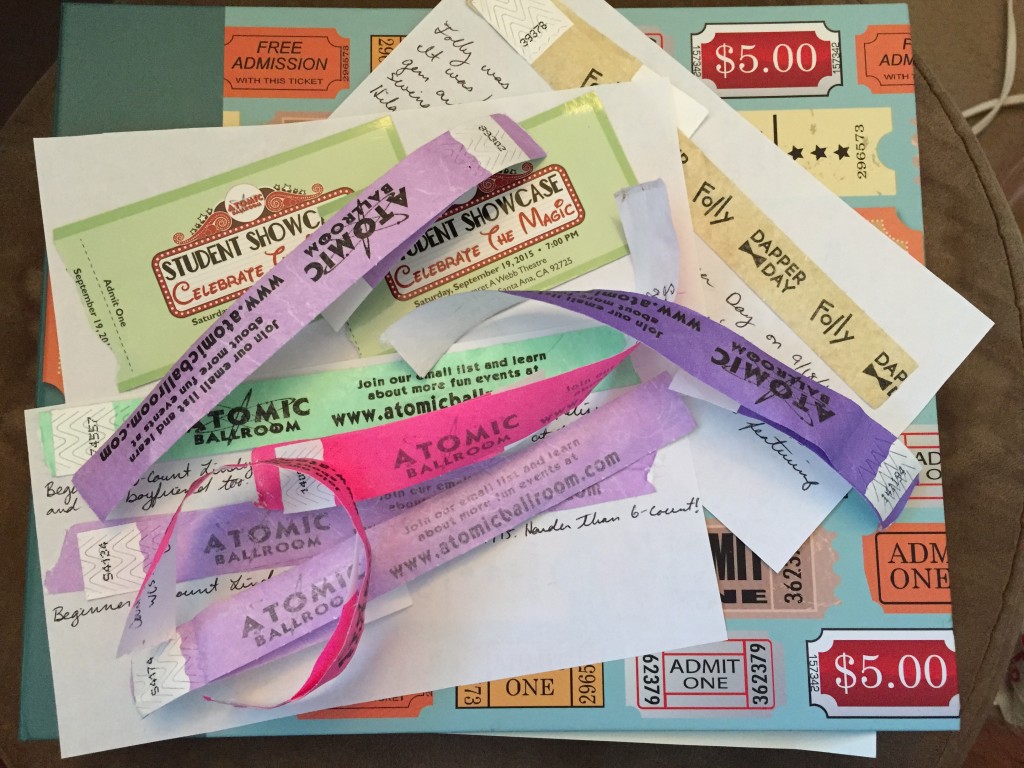 Happy October! While I didn’t get as much reading done in September as I wanted, I did a lot of other things. I took 30 yoga classes in 30 days at Purple Yoga, which was fun! When I realized I was close, I decided I could totally do it. And it was easy! 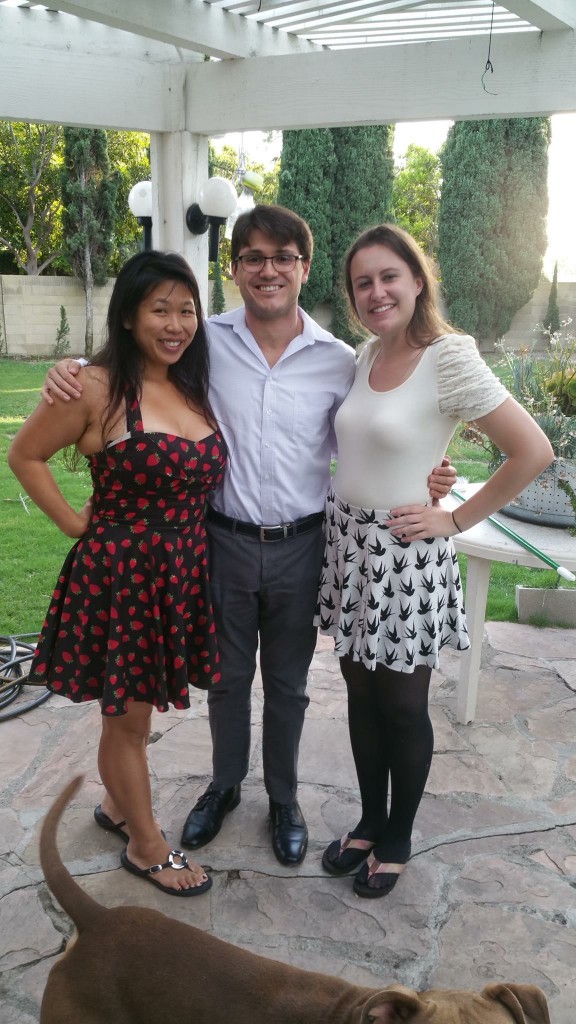 I also got the New Student Special at Atomic Ballroom, giving access to unlimited classes for a week. I took 24 dance classes and went to 12 dances, including evenings at Atomic Ballroom, Folly at Dapper Day, and dancing in Downtown Disney. You can see a lot of wristbands in the photo at the top. Alicia took this great photo one of the nights we went to Atomic. Yoda tried to squeeze into the photo too. 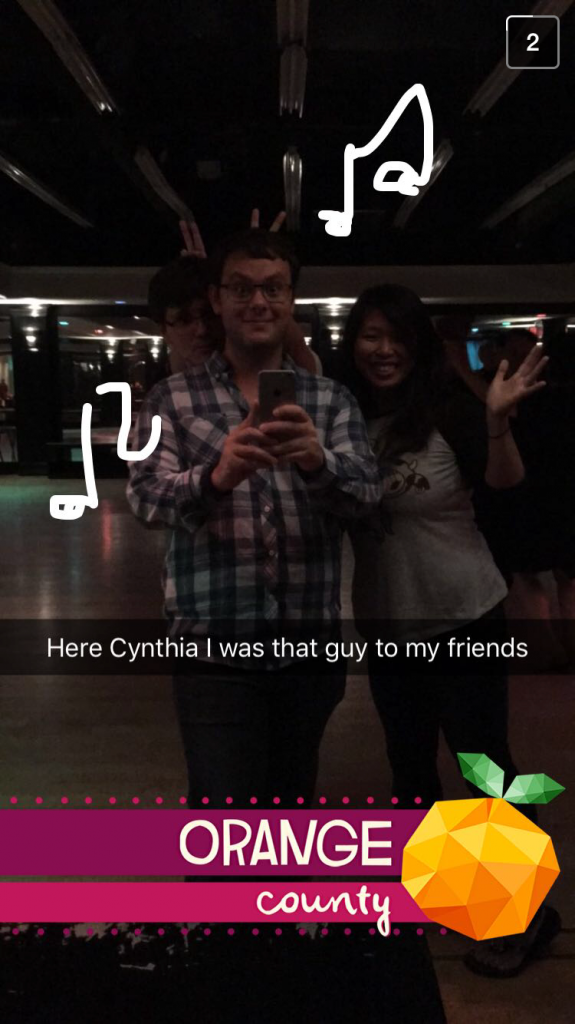 I don’t know who Cynthia is, but I’m stealing Luke’s Snap since I’m in it too.

I tried 6-Count Lindy Hop, 8-Count Lindy Hop, Salsa, Country Two Step, West Coast Swing, Country Line Dancing, Collegiate Shag, Bolero, Foxtrot, Milonga, Argentine Tango, Cha Cha, and Charleston classes. I already like Lindy Hop, and it’s still my favorite, but I found that I really enjoyed Argentine Tango and Country Line Dancing too – all for completely different reasons. Oh, and I might have tried to belly dance too. There’s totally no video. Thanks gem, Anela, Luke, and new friends for making the week fun! I ran into old friends and acquaintances and met a lot of new, cool people at Atomic too.

And I did squeeze in two tragedies by Euripides and some of The Aeneid as well as picking up Super Mario Maker. My body’s ready for tomorrow’s vacation! Time for Michigan with Duncan! I’m going with him on his yearly trip, leaving Friday and returning a little over a week later. Plans include a cottage, dinner with old friends, Canada, Niagara Falls, and Detroit – a nice combination of staying busy while also resting. Let’s go!