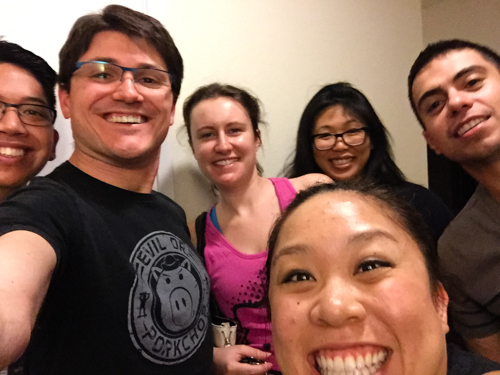 My birthday was really amazing this year. I wasn’t feeling so happy with things around that time, but the day was so perfect and I felt so loved that it lifted my spirits immensely. I couldn’t have imagined a better day. 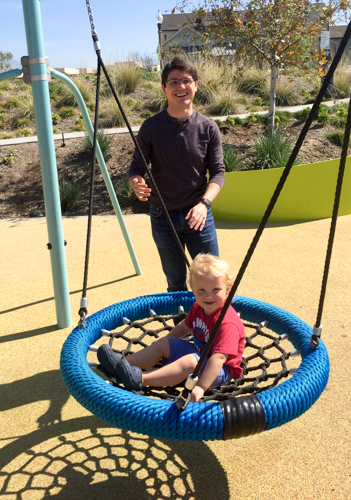 My plans were in the afternoon, leaving my morning free. It just so happened that Henley was playing at a park in Irvine with Alex and Darnell that morning, so things worked out perfectly. I met them at the park and had a great time. Henley was so excited to see me and is absolutely adorable. I played with him for a while, and when Darnell said I had to leave, he threw a little bit of a fit. He also wished me a happy birthday and even sang. <3 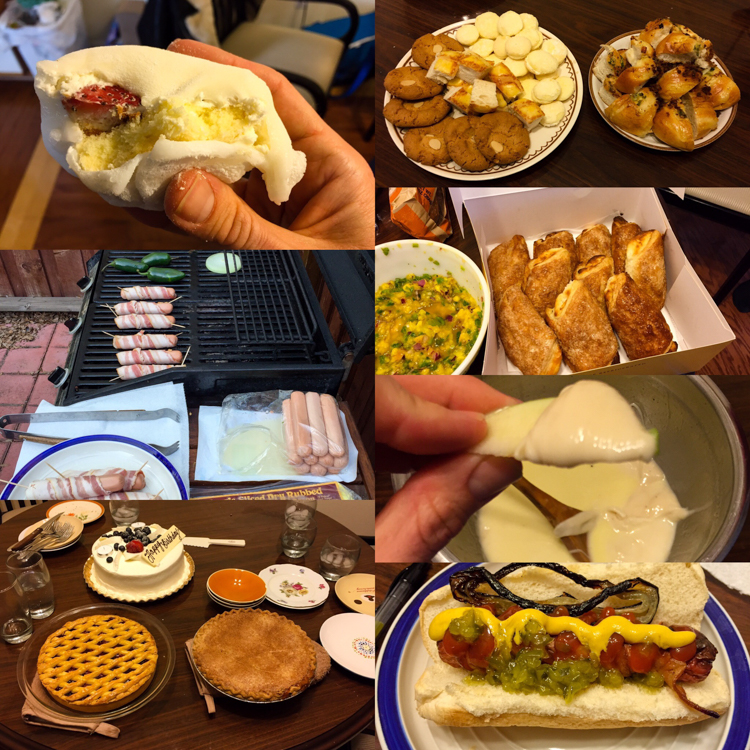 In the afternoon, I headed to gem’s where gem, Anela, Edward, Antonio, and Kaleigh celebrated with me. And by celebrate, I mostly mean eat!

I think a collage tells the food story better than individual photographs. Let’s go clockwise. On the top-left is a strawberry shortcake mochi. Yep, that’s a piece of strawberry shortcake wrapped inside mochi. Delicious! Everything in the top-right was brought by Anela as well. Two kinds of cookies and two different kinds of pastries! Below that one is mango-jalapeño salsa I made and some pastries Antonio and Kaleigh brought from Porto’s that were delicious. Below that one is fondue! gem was the mastermind there, but she enlisted the help of some others too. We ate it with a variety of things, but I’m using a slice of apple in the photo. The bottom-right is a bacon-wrapped hot dog. The bottom-left corner shows three big desserts. gem bought the two pies – cherry and apple, and Antonio and Kaleigh brought the great tres leches cake. Lastly, the photo above that was taken before we realized the grill wasn’t working. I moved the hot dogs into the oven. 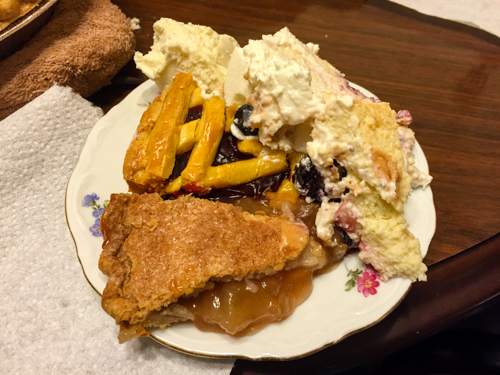 Look how beautiful that dessert plate is! gem even supplied some homemade ice cream. How many calories is on this plate alone? I don’t want to know. 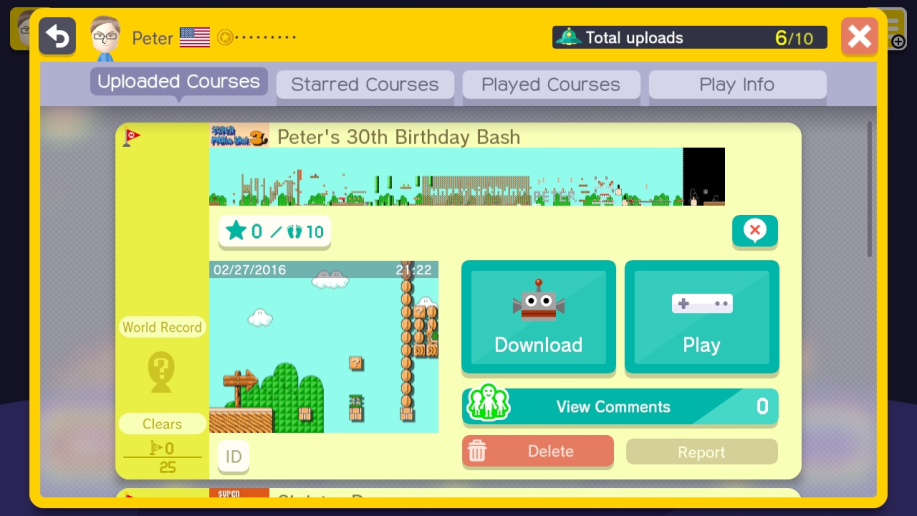 After eating, we played some games. gem had been raving about Spyfall, so we tried that. It’s a party game in which everybody gets a card with a location listed (such as “Sesame Street” or “Pink Paradise Stripper Bar,” both locations used when we played) except one player gets one that just says “spy.” Players take turns asking each other questions related to the location, forcing the spy to have to try to answer without actually knowing the location. It was a lot of fun! We also all made a level together in Super Mario Maker – Peter’s 30th Birthday Bash. I wrote about it on Polygons and Pixels, and you can find it by using ID BBD9-0000-01E1-1F90.

It was great to kick off my 30’s with close friends and a ton of desserts – my favorite things. Really, I’m just glad to be surrounded by so many loving, wonderful people. Thanks for making me feel special and being so special yourselves!