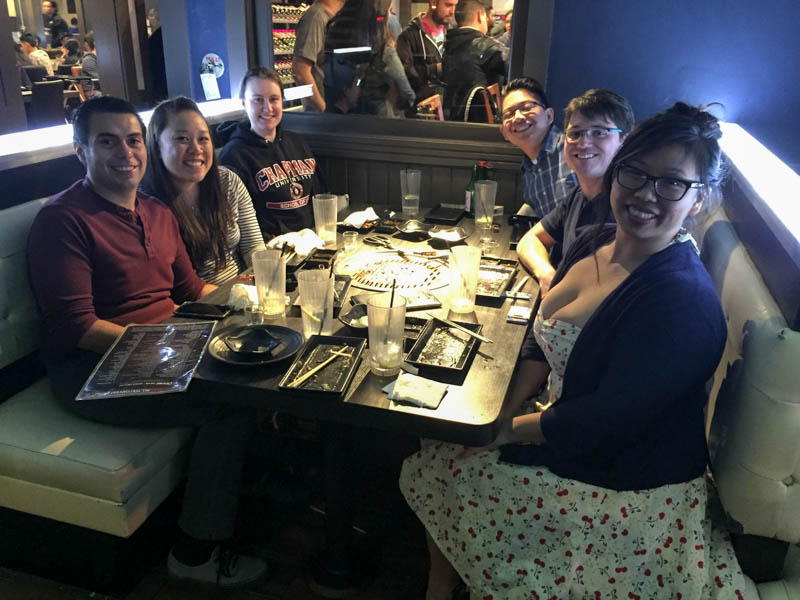 My 31st birthday was a week and a half ago, and it was pretty great! My birthday landed on a Monday, so I planned a birthday dinner at Gen Korean BBQ with some friends for the Saturday before my birthday. Here’s Antonio, Kaleigh, Anela, gem, Edward, and me after enjoying delicious KBBQ. 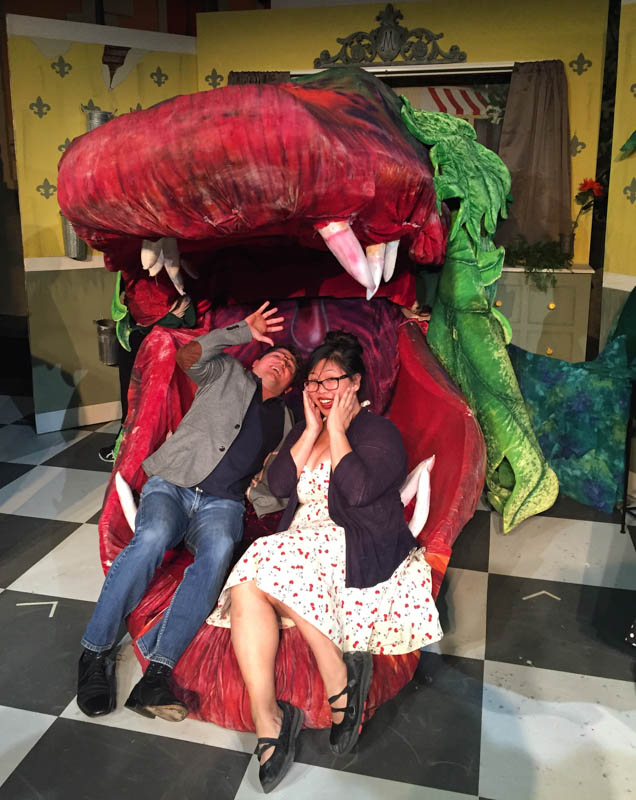 I’m getting ahead of myself. Before dinner, I saw Little Shop of Horrors performed live at Musical Theatre Village in Irvine with gem and Anela. I’m so glad gem found out about the show. I love the movie and had never seen it live. It was awesome! I loved the puppeteering of the Audrey II, and the actors performing both Seymour and Audrey were wonderful. 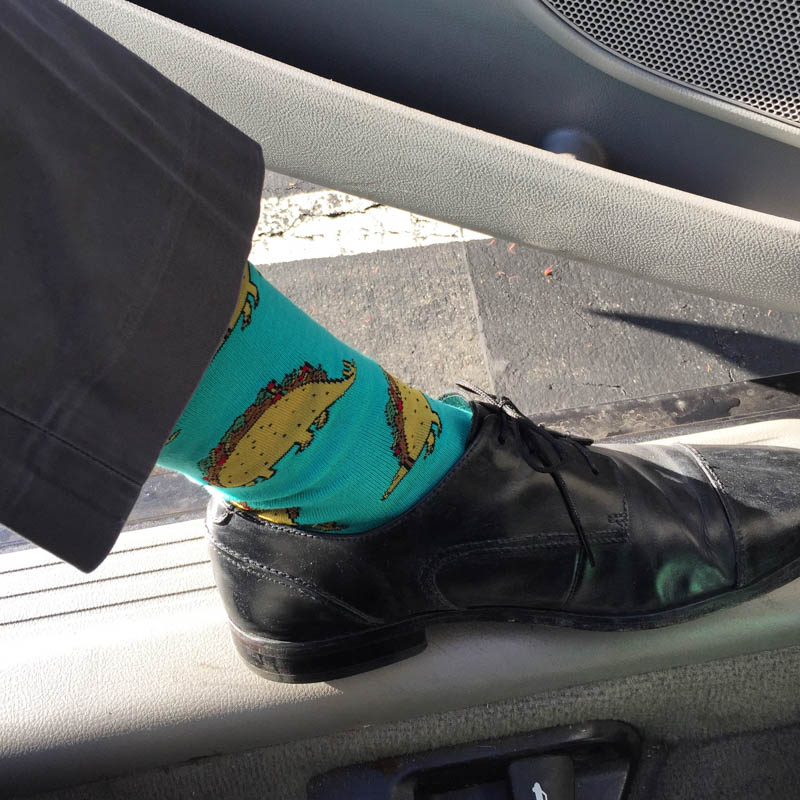 gem gave me these taco / dinosaur socks, which are perfect for Taco Tuesdays. 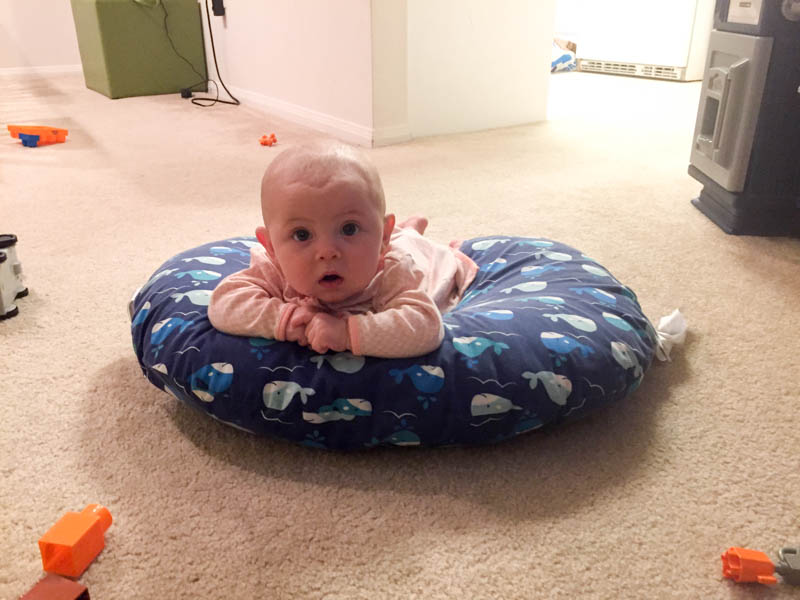 The Hursts had me over for dinner on Sunday. Look how big Meredith is getting! She’s adorable. 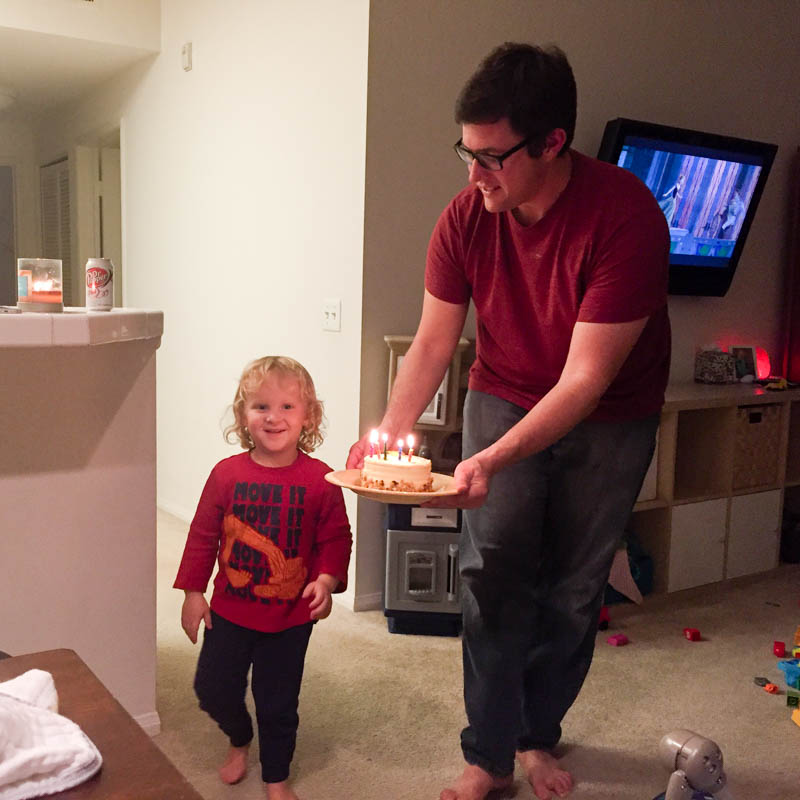 Henley picked out this delicious carrot cake for me. He informed me that the carrot on top was made out of frosting and that I had to share the cake if I wanted it. He also told me that I could lick the frosting off the candles, but I let him do that too. That kid’s one wonderful little person. 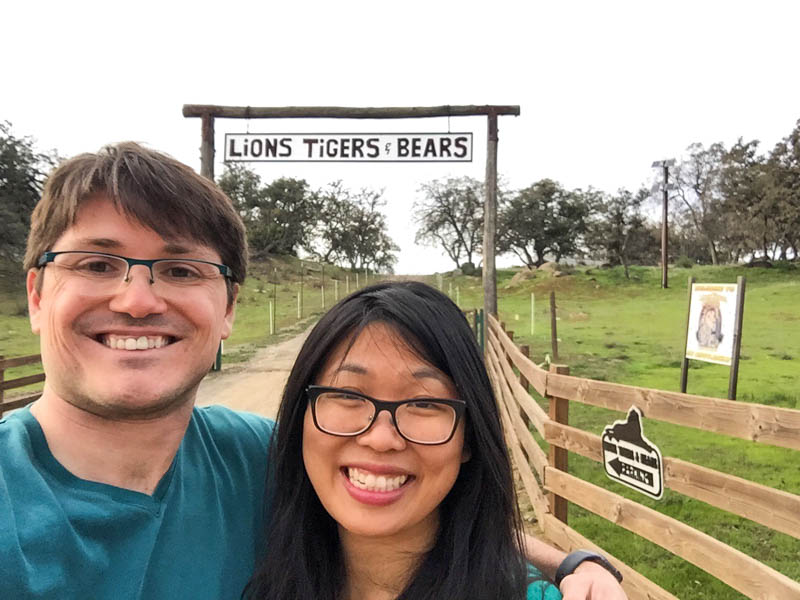 The following weekend, gem took me on a surprise trip. I knew she had something planned, but I didn’t know what. We went to Lions, Tigers & Bear, a sanctuary near San Diego. It was amazing! 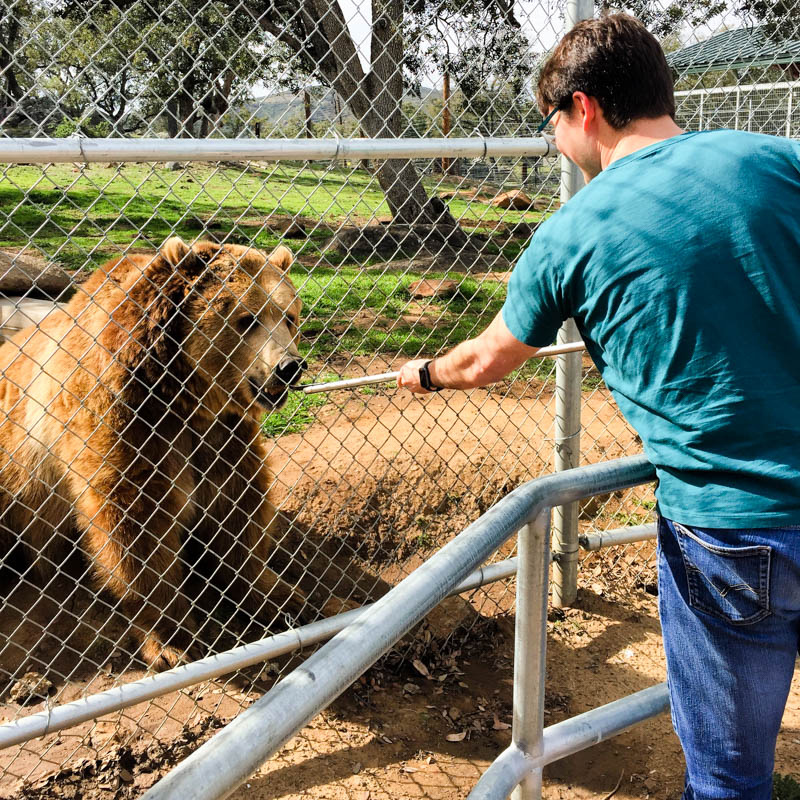 The animals here are never bred and are never touched by humans unless under sedation. Guests feed them by using long tools so that they don’t get too close. The cats would all jump at the food, but Albert just lazily took the food. I love him! 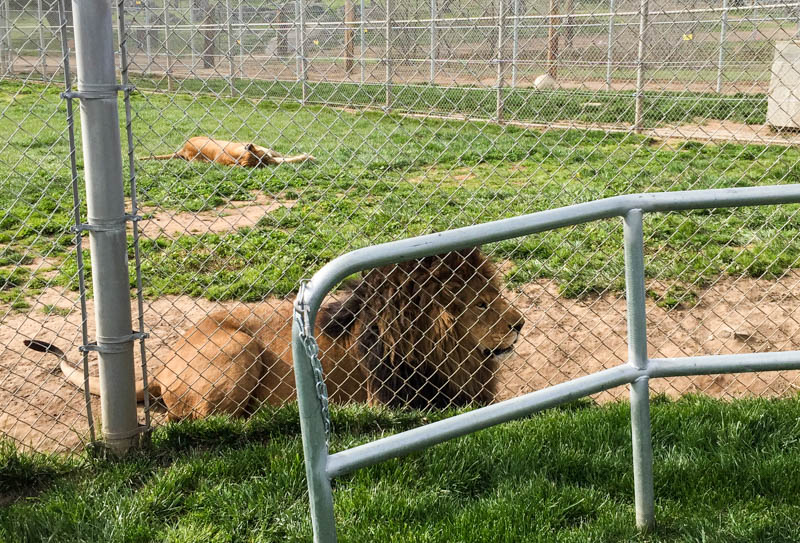 Here are two of the sanctuary’s lions. The lion in the foreground was pretty aggressive. He really wanted all of his dinner at once and didn’t like how long it was taking. You should have seen him tear into his turkey leg. 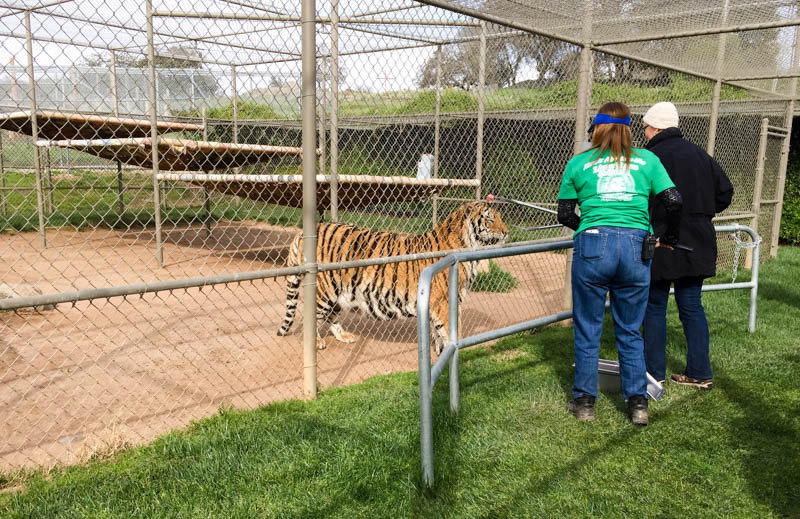 This is Maverick, the tiger formally owned by Tyga the rapper. He was pretty awesome and definitely jumped for his pieces of meat! There was another tiger that was pretty crazy. He was super aggressive and would surely have torn us to pieces given the chance. 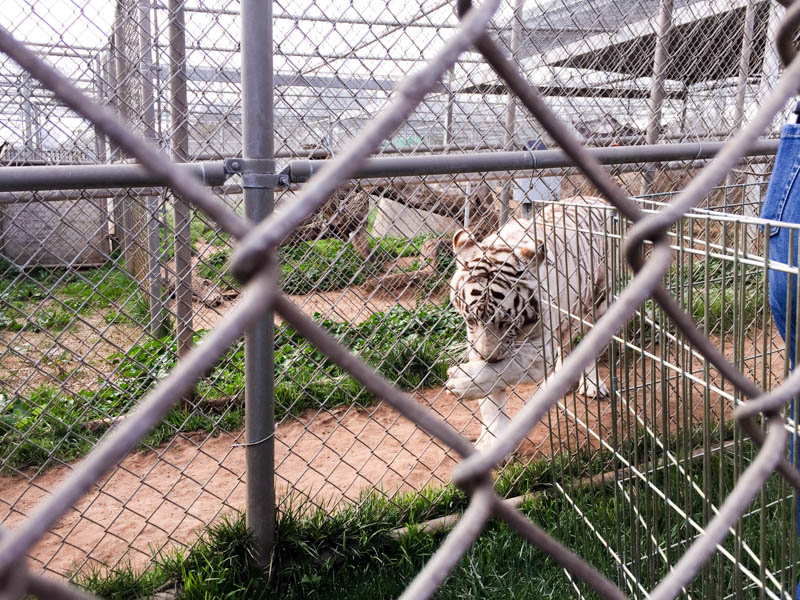 This gorgeous white tiger was cleaning himself just like a house cat. 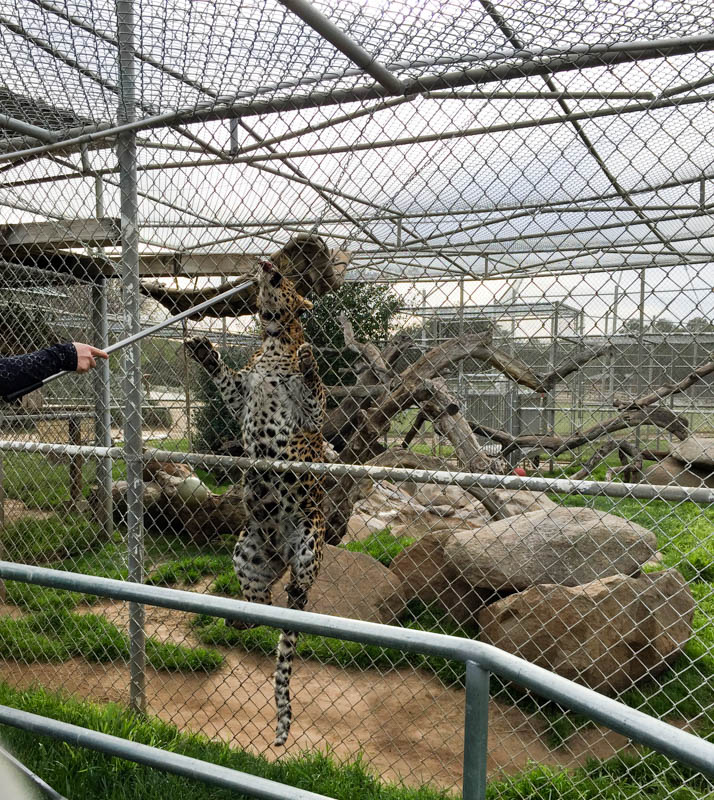 This spotted leopard was willing to climb for his lunch. We also saw bobcats, a chicken, some peacocks, and Tom, a house cat who likes to wander around the premises. It was such an awesome experience.

Now, I know I already mentioned this, but I have to say it again… 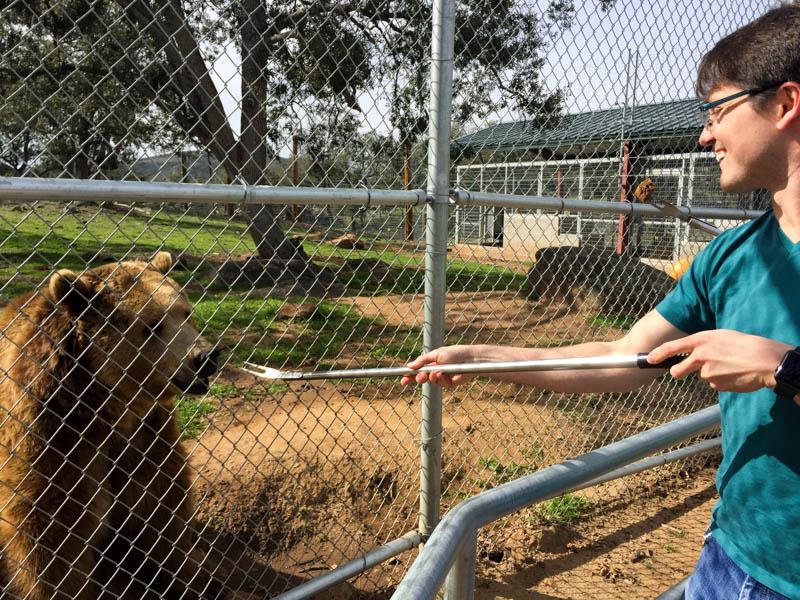 I fed a bear! I fed Albert the grizzly bear! Look how cute he is! Thank you, gem, for the wonderful trip. And thanks too all my friends who helped celebrate or wished me a happy birthday! 🙂