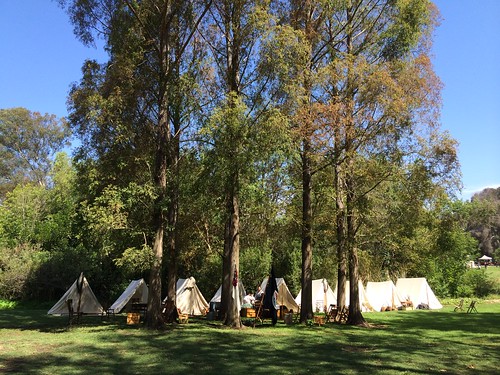 Sunday was the Huntington Beach Historical Society’s 20th annual Civil War Days Living History and Reenactment in Huntington Beach Central Park. I heard about it on Reddit and thought it sounded fun. Luckily, I was right!

After finishing picnic preparations, I picked up gem and Anela and headed to the park. After seeing some tents set up, we saw some troops marching into battle! 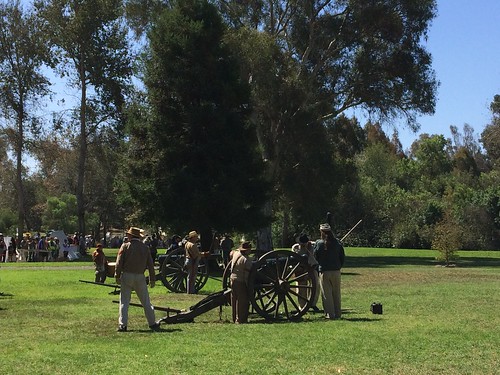 We kept walking toward the loud noises. Where are explosions, that’s where the action is, right?

The loud noises were definitely cannons! 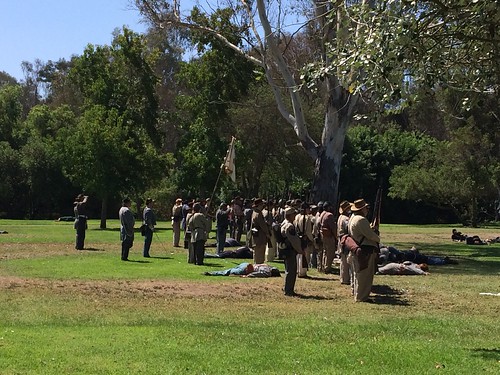 As the armies got closer, there were more and more casualties. For some reason, people kept dying in the shade. The shade must be deadly. Eventually the reenactment ended, and it was time for us to do something else… 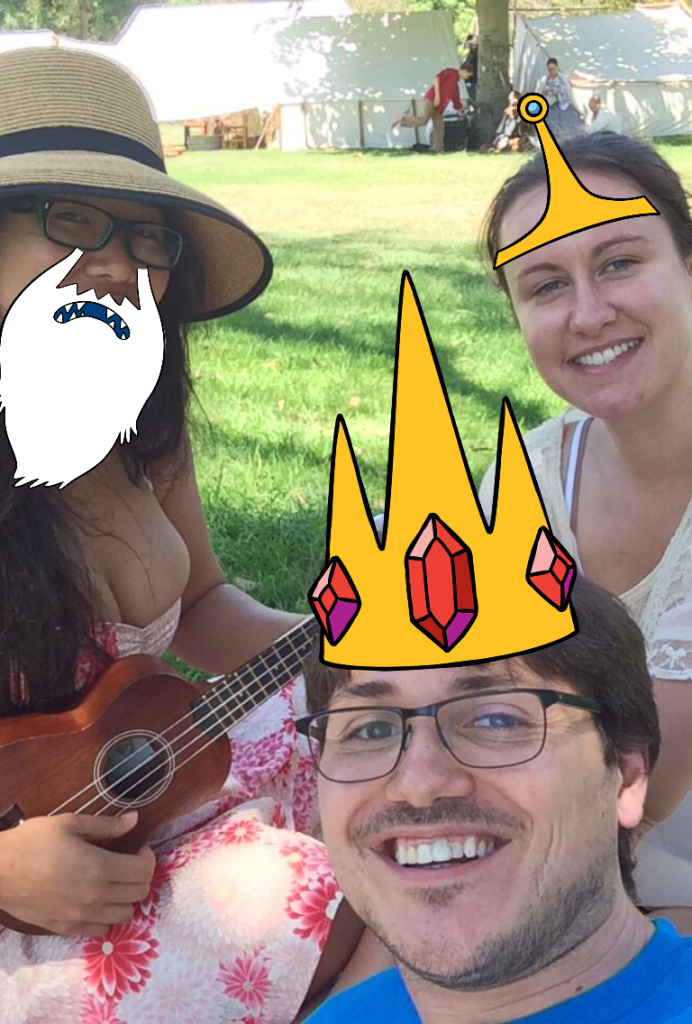 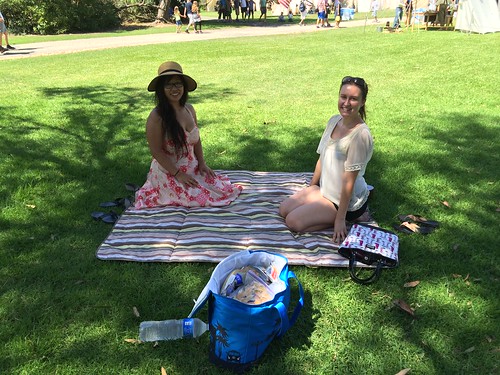 We had all sorts of delicious foods! I made Caprese salad and three variations of salami snacks – rolled salami with one of two types of cream cheese and either a pepperoncini, pickle, or cucumbers). I also packed Caprisun drinks, two kinds of potato chips, brie, crackers, and some chocolate bread! gem and Anela brought an arugula dip, a chicken dip, celery, hummus, and multiple kinds of pastries. I might be missing something, but there was a lot of food. 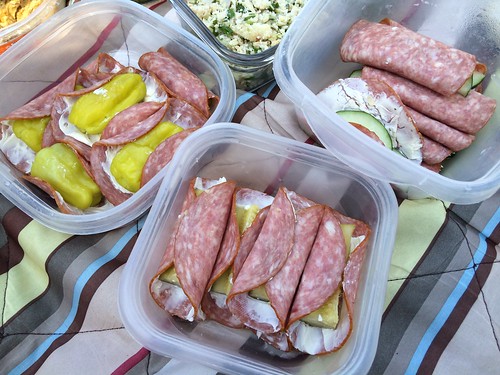 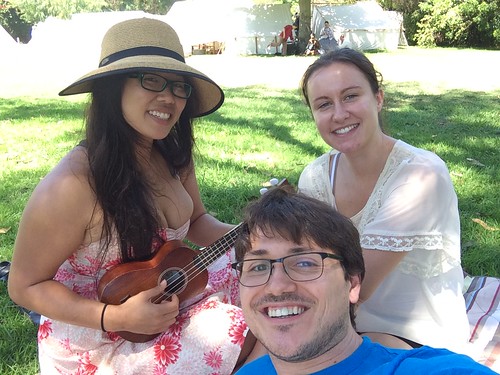 After eating, we just relaxed on the blanket for a while. Mostly we talked and sent each other stickers on Facebook. Also, I apparently can’t say “sticker” because it kept coming out “Snickers.” 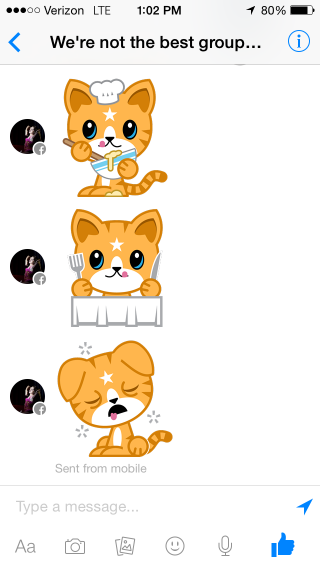 Anela said this series of stickers represented me – before the picnic, during the picnic, and after the picnic. Yep, that’s pretty much how I felt. 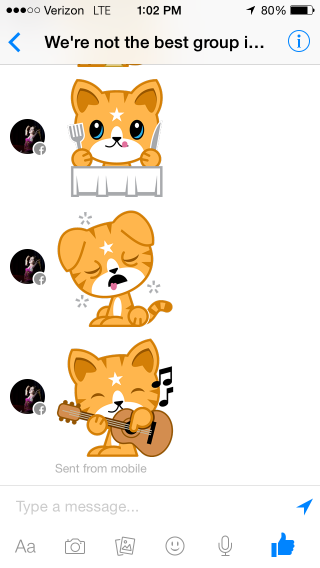 She also added this bottom sticker to represent gem since gem was playing her ukulele for us! 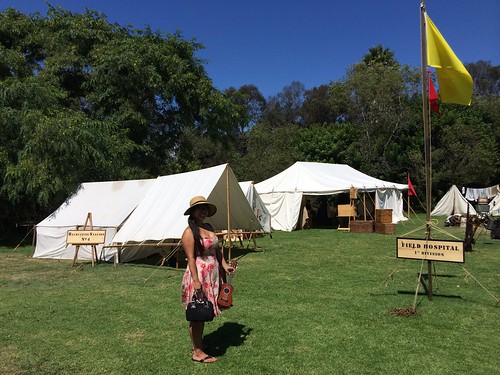 When we finally had the energy to get up, we checked out this field hospital. As usual, I’d be content to look without talking, but gem got us into a tent and chatting with some of the performers. It was a lot of fun and pretty informative. There was also quite a bit of music-talk due to the ukulele. 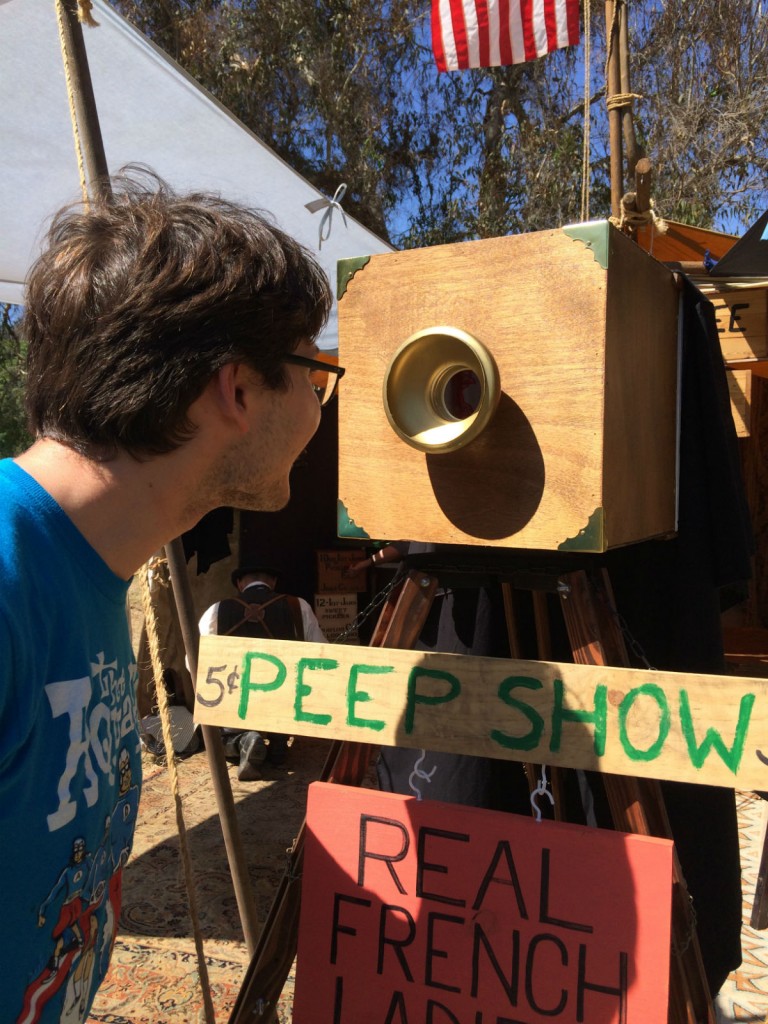 We saw this peep show box, and it was obviously appropriate for me to look if I wanted to act the part, right? When in Rome! 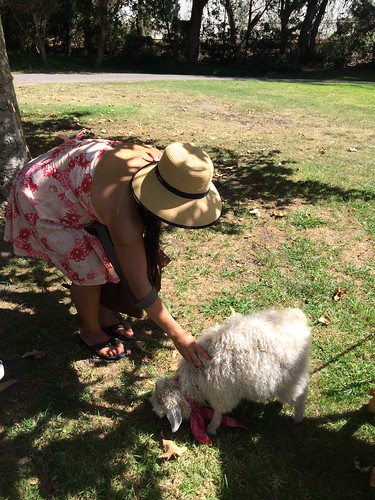 Matilda the goat was very friendly. And by friendly, I mean willing to let us pet her a little while she continued to munch the grass. 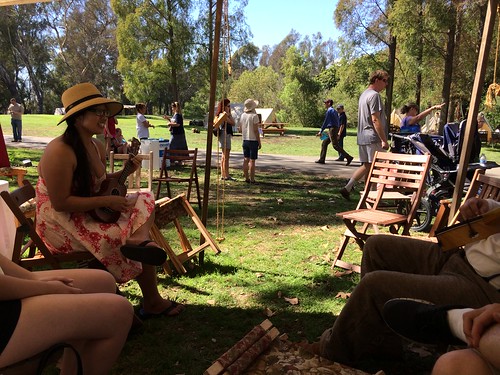 When gem saw a man with a banjo, it was time to go talk to him. They talked about their instruments for a minute, and then decided to play together a little. gem used her tuner app to get him in tune, and then they played music for us while we all chatted. It was very nice! 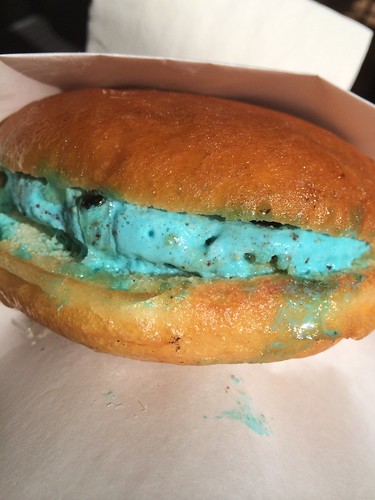 I don’t know a better way to celebrate the end of the Civil War than eating ice cream! We went to Afters, which is somewhere both Anela and gem have mentioned and I’d been wanting to try. I sampled five-or-so flavors before ordering a Milky Bun with Cookie Monster ice cream. The Milky Bun is a donut, either glazed or unglazed, filled with ice cream. I went with the unglazed, but I think I might try glazed next time. All the flavors were super delicious. Obviously I liked Cookie Monster best of the ones I tried, but Milk and Cereal, which includes cereal on top, was a close second. I’ll need to come again!

With our bellies full, we went to the Outlets at Orange for some shopping. There wasn’t really anything I wanted, and nothing jumped out at me, but I had fun shopping with them. Also, a woman working at Forever 21 commented on my Aquabats 20th anniversary tour t-shirt! It was fun chatting with her about them for a minute.

It was a fun and foodful day!